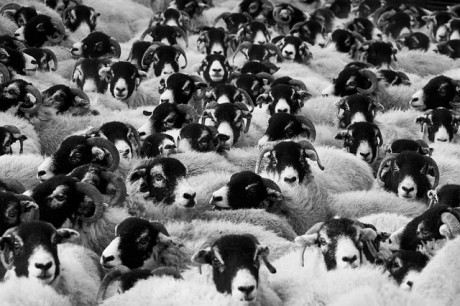 If you have got family and friends that you would like to visit before things start getting really crazy, you should do so within the next couple of months, because these are the last days of “normal life” in America.  The website where I have posted this article is called “End of the American Dream“, but perhaps I should have entitled it “The End of America” because that is essentially what we are heading for.  The debt-fueled prosperity that so many of us take for granted is about to come to a screeching halt, and we are about to enter the hardest times that any of us have ever known.  And I am not just talking about economics either.  Based on all of the intel and information that I have gathered, we are about to enter a “perfect storm” that is going to shake this country in just about every possible way that it can be shaken.  So I hope that you will truly savor this summer – days like this will not come around again any time soon.

In the end, reality almost always catches up with people like that.

And in so many ways, we have been living a charmed life as a nation even though we have been making incredibly foolish decisions for decades.  We have cursed ourselves over and over again, and just about every form of evil that you can possibly imagine is exploding all around us.  As a nation, we now stand for just about everything that is foul, disgusting and wicked, and the rest of the world is absolutely horrified by what has happened to us.

Once upon a time, we were one of the most loved nations on the entire planet.

Now we are one of the most hated.

The things that we have been doing to ourselves and to other countries are about to catch up with us in a major way.  We thought that we were getting away with everything that we were doing, but that was never the case.  When you do evil, there is always a price to pay.

Over the past few weeks, some very strange things have begun to happen.  And in the months ahead, we are going to see some more unusual events.  But to be honest, this is just the tip of the iceberg.  For now, you are just going to have to trust me on this one.

If my tone sounds ominous, that is good, because that is precisely the mood that I am trying to convey.  Right now, there are major things going on behind the scenes, and all of our comfortable little lives are about to get shaken up big time.

I have often written about the global elite and about how they like to go about doing things.  Throughout history, they have always liked to create order out of chaos.  In other words, they will often purposely create a crisis in order to push through things that they would not be able to accomplish during “normal” times.

I believe that we are about to enter one of those periods of time.  The problems that we are about to experience are going to be used to justify radical “solutions” that will further the overall agenda of the elite.  But because we will be in the middle of an “emergency”, a lot of people will choose to go along with those solutions.

Sadly, most people don’t understand how the world works because they are so consumed with other things.  We live in a society that is absolutely addicted to entertainment.  Just recently, I wrote about how the average American spends more than 10 hours a day plugged in to some form of media.  If we are not watching television, we are listening to the radio, going to movies, playing video games, messing with our smartphones or spending endless hours on the Internet.  And more than 90 percent of the “programming” that we are fed through these devices is produced by just 6 absolutely gigantic media corporations.

And who controls those gigantic media corporations?

And have you noticed how “the mainstream media” loves to divide us?

Today, Americans are more divided than ever it seems.  Our news broadcasts endlessly fixate on “black vs. white”, “male vs. female”, “liberal vs. conservative”, “rich vs. poor”, etc, etc.

Americans are extremely angry and frustrated at this point, but most of our anger and frustration is directed at one another.

How can we ever hope to come up with any solutions for our nation if we spend so much time hating our fellow citizens?

But this is just how the elite like it.

They love to play divide and conquer.  If we were united, we would be far more difficult to manipulate.

And even if we did find a way to come together, what values and principles would we use to rebuild this nation?

The truth is that most Americans deeply reject the values and principles that the founders of this country once held so dear.

Personally, I am very optimistic about the future.  My wife and I believe that the greatest chapters of our lives are still ahead of us.

But am I optimistic about the future of the United States?

Perhaps you are reading this and you have come to the conclusion that I am being irrationally negative.  If so, you are probably spending way too much time plugged in to the “propaganda matrix” that I described above.  The establishment wants you to believe that everything is going to be just fine and that the best days for this world are ahead.

If you think that I am wrong, I challenge you to bookmark this page.  Then, after some time has passed, come back and revisit what I had to say today.

I believe that you will be quite shocked by how your perspective has changed.

The last half of this year (2015) is going to represent a major turning point, and we are moving into hard times unlike anything that America has ever seen before.

Unfortunately, most of the “sheeple” are going to be completely blindsided by what is coming.  They just continue to follow their utterly clueless leaders down a path toward oblivion.

But the good news is that once the “shaking” starts, many of these “sheeple” will begin to wake up.

When that happens, who will those “sheeple” turn to for answers?