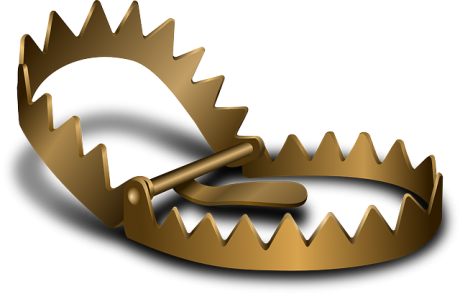 Greece is saved? All over the planet, news headlines are boldly proclaiming that a “deal” has been reached which will give Greece the money that it needs and keep it in the eurozone.  But as you will see below, this is not true at all.  Yesterday, when I wrote that “there never was going to be any deal“, I was not exaggerating.  This “deal” was not drafted with the intention of “saving Greece”.  As I explained in my previous article, these negotiations were all about setting up Greece for eviction from the euro.  You see, the truth is that Greece desperately wants to stay in the euro, but Germany (and allies such as Finland) want Greece out.  Since Germany can’t simply order Greece to leave the euro, they need some sort of legal framework which will make it possible, and that is what this new “deal” provides.  As I am about to explain, there are all kinds of conditions that must be satisfied and hurdles that must be crossed before Greece ever sees a single penny.  If there is a single hiccup along the way, and this is what the Germans are counting on, Greece will be ejected from the eurozone.  This “deal” has been designed to fail so that the Germans can get what they have wanted all along.  I think that three very famous words from Admiral Ackbar sum up the situation very well: “It’s a trap!”

So why is this “Greek debt deal” really a German trap?

The following are three big reasons…

If Germany really wanted to save Greece, they would have already done so.  Instead, now they have forced Greek Prime Minister Alexis Tsipras to agree to much, much harsher austerity terms than Greek voters overwhelmingly rejected during the recent referendum by a vote of 61 percent to 39 percent.  Tsipras has only been given until Wednesday to pass a whole bunch of new laws, and another week to make another series of major economic changes.  The following comes from CNN…

Greece has to swiftly pass a series of new laws. Prime Minister Alexis Tsipras has until Wednesday to convince Parliament to pass the first few, including pension cuts and higher taxes.

Assuming that happens, Greek lawmakers have another week, until July 22, to enact another batch of economic changes. These include adopting European Union rules on how to manage banks in crisis, and do a major overhaul to make Greece’s civil courts faster and more efficient.

Can Tsipras actually get all this done in such a short amount of time?

The Germans are hoping that he can’t.  And already, two of Syriza’s coalition partners have publicly declared that they have no intention of voting in favor of this “deal”.  The following is from a Bloomberg report…

Discontent brewed as Tsipras arrived back in the Greek capital. Left Platform, a faction within Syriza, and his coalition partners, the Independent Greeks party, both signaled they won’t be able to support the deal. That opposition alone would wipe out Tsipras’s 12-seat majority in parliament, forcing him to rely on opposition votes to carry the day.

The terms of the “deal” are not extremely draconian because the Germans want to destroy Greek sovereignty as many are suggesting.  Rather, they are designed to provoke an overwhelmingly negative reaction in Greece so that the Greeks will willingly choose to reject the deal and thus be booted out of the euro.

And this is what we are seeing.  So far, the response of the Greek public toward this deal has been overwhelmingly negative…

Haralambos Rouliskos, a 60-year-old economist who was out walking in Athens, described the deal as “misery, humiliation and slavery”.

Katerina Katsaba, a 52-year-old working for a pharmaceutical company, said: “I am not in favour of this deal. I know they (the eurozone creditors) are trying to blackmail us.”

On Wednesday, the union for Greek public workers has even called a 24 hour strike to protest this “agreement”…

Greece’s public workers are being called to stage a 24-hour strike on Wednesday, the day their country’s parliament is to vote on reforms needed to unlock the bankster eurozone plan agreed to by Greek Prime Minster Alex Tsipras.

Their union, Adedy, called for the stoppage in a statement issued today, saying it was against the agreement reached with the eurozone.

The Greek government is not guaranteed any money right now.

According to Bloomberg, the Greek government must pass all of the laws being imposed upon them by the EU “before Greece can even begin negotiations with creditors to access a third international bailout in five years.”

The Germans and their allies are actually hoping that there is a huge backlash in Greece and that Tsipras fails to get this package pushed through the Greek parliament.  If that happens, Greece gets ejected from the euro, and Germany doesn’t look like the bad guy.

#2 Even If The “Deal” Miraculously Gets Through The Greek Parliament, It May Not Survive Other European Parliaments

Thursday/Friday, July 16/17: Eurozone parliaments must also agree to the plan for Greece’s $95 billion bailout. The biggest tests may come from Finland and Germany, two nations especially critical of Greece’s handling of the crisis. Berlin has contributed the most to Greece’s loans.

Either Germany or Finland could kill the entire “deal” with a single “no” vote.

Finnish Finance Minister Alexander Stubb has already stated that Finland “cannot agree” with a new bailout for Greece, and it is highly questionable whether or not the German parliament will give it approval.

I think that the Germans and their allies would much prefer for the Greeks to reject the deal and walk away, but it may come down to one of these parliaments drawing a line in the sand.

If Greece fails to live up to each and every one of the extremely draconian measures demanded in the “deal”, they will be booted from the eurozone.

And if you take a look at what is being demanded of them, it is extremely unrealistic.  Here is just one example…

For instance, the Greek government agreed to transfer up to 50 billion euros worth of Greek assets to an independent fund that will raise money from privatization.

According to the document, 25 billion euros from this fund will be poured into the banks, 12.5 billion will be used to pay off debt, and the remaining 12.5 billion to boost the economy through investment.

The fund will be based in Greece and run by the Greeks, but with supervision from European authorities.

But if they don’t find 50 billion euros worth of assets, they have violated the agreement and they get booted.

This whole thing is about setting up Greece for failure so that there is a legal excuse to boot them out of the euro.

And it actually almost happened very early on Monday morning.  The following comes from Business Insider…

As the FT tells it, German Chancellor Angela Merkel and Greek Prime Minister Alexis Tsipras rose from their chairs at 6 a.m. on Monday and headed for the door, resigned to a Greek exit from the euro.

“Sorry, but there is no way you are leaving this room,” European Council president Donald Tusk reportedly said.

And so a Grexit was avoided.

For the moment, Greece has supposedly been “saved”.

But anyone that believes that this crisis is “over” is just being delusional.

The Germans and their allies have successfully lured the Greek government into a trap. Thanks to Tsipras, they have been handed a legal framework for getting rid of Greece.

All they have to do now is wait for just the right moment to spring the trap, and it might just happen a lot sooner than a lot of people may think.