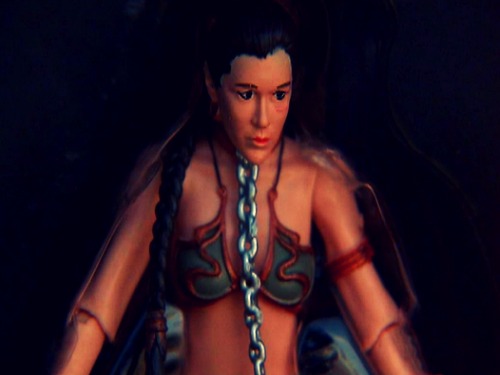 Our society is quickly reaching an intolerable level of sniveling ninnies who will seemingly find any reason to get heavily offended by someone or something somewhere and run whining to the media to glorify it.

Next up is Fred Hill, father of two daughters who was apparently beside himself and downright “furious” over an action figure of Princess Leia wearing what the box for the toy describes as a “slave outfit” which Hill says is not appropriate to be seen by young children.

“That’s pretty inappropriate,” he told Fox Philly. “I got 2 daughters I don’t need seeing that crap.”

“The toy,” the local Fox affiliate reported, “features [a] scantily clad version of Princess Leia complete with a chain around her neck.  The toy even had dad blushing.”

“They’re like dad why does this doll have a chain around its neck. I don’t have any answers. I was just blown away looking at it,” Hill said.

Even his kids thought the toy meant for ages 4-and-up maybe better suited for adults.

Good thing Hill thought it was so inappropriate he called up a local news station and made a big deal out of it with his kids right there in tow at a local Target store. 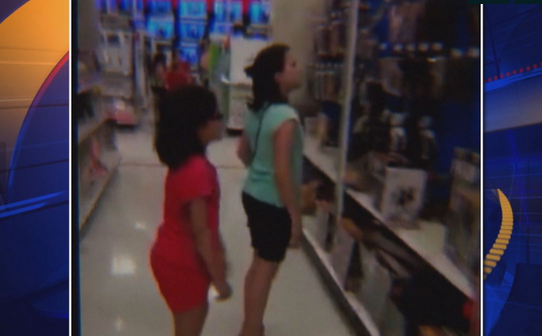 The kids, looking intently at the “inappropriate” toy once again in a reenactment for the news cameras. Way to go on sparing your kids from “seeing that crap,” dad.

The media, in turn, got other parents involved:

We showed the action figure to other parents who had a similar reaction.

“It’s just a bit much for a child. So no I probably wouldn’t give this to my 4 year old and maybe not an 8 year old,” Tiffany Mahan said.

Not only would it appear none of these people have seen freaking Star Wars to recognize this is merely a toy from one of the key scenes in one of the most popular sci-fi movies of all time, but if they would take the time to get properly outraged by this and run crying to the mainstream media and take up all this time making a huge deal out of it, who knows where it will end. I hope he doesn’t take his kids through the DVD aisle…

Hasbro, who makes the doll, did not return comment.

The Princess Leia figurine will probably get banned now like the Dick Tracy figurine “The Tramp” which was declared insensitive to homeless people. Guess we should just preemptively ban everything because everything offends or could offend anybody at any time.

I’m offended by the fact that I just wrote this article, actually. I’m offended this story exists.

We’re about to have the politically correct dystopic neutered sissy society of George Orwell’s wildest nightmares (if we’re not already there now).