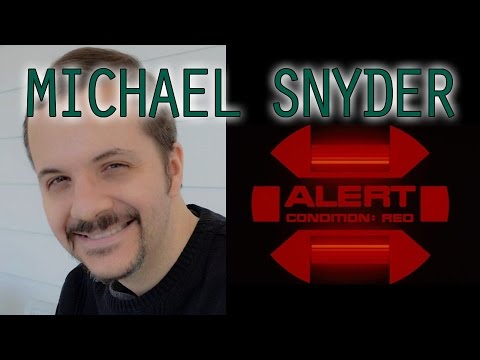 Over the last six years Michael Snyder of The Economic Collapse Blog has published over one-thousand research papers, articles and reports detailing the financial, economic and monetary crises sweeping the world. While he has often urged his readers to prepare for calamity, he has never issued a specific date or time-frame for the trigger that would send the whole system into a tailspin.

In his latest must-watch interview with Future Money Trends, Snyder sets the record straight and explains why he recently issued his first and only “Red Alert” to readers warning of an impending, far-reaching event that will touch ever corner of the globe.

I’ve never done this before, but as an attorney I’m trained to be level-headed and trained to only come to conclusions that are based on the evidence.

I believe a financial crisis is imminent… similar to what we saw in 2008 but eventually it’s going to be much worse.

And then once we get to the end of 2015 I don’t believe that it’s all going to be over and that our problems are going to be past us.

In so many ways our problems are just going to be beginning as we move into 2016.

Are we now in the midst of the next great global crisis?

As Snyder points out, just in the two weeks since he shared his warnings we have seen Greece essentially collapse, Puerto Rico has gone bankrupt, and China’s stock markets have seen hundreds of billions of dollars in wealth wiped out. It’s so serious, in fact, that the Communist government in China has actually banned the selling of stocks! Europe is scrambling to save its currency and Union. In America the conjecture that has been economic growth is slowly being revealed to be the sham that it really is with thousands of nationwide retail store closings, over 45 million on food stamps, and a President who seems to believe the situation has been contained.

It appears that the threat of an epic financial and economic disaster is not only real, but moving full steam ahead right before our eyes.