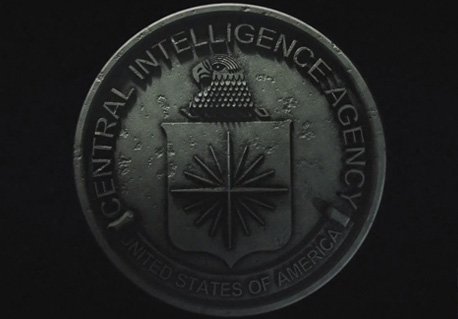 The concept of the “false flag” operation has become almost prohibitively stigmatized in recent years because of the 9/11 “truther” movement and the emotional fallout from the tragedies at Sandy Hook, Aurora, Boston and others. In spite of being labeled “conspiracy theories,” real, verifiable false flag events have taken place in the past. Such examples serve to dismantle the notion that false flags are meritless conspiracy theories and can help destigmatize the concept itself, providing the diagnostic lens needed to identify false flags when they arise.

Author Richard Dolan made a presentation at the 2015 Contact in the Desert conference about what he calls the “false flag era.” According to Dolan, because false flag operations require control over the global media narrative and the ability to intimidate other countries into not speaking out against “inside jobs,” only a few countries have the means and motives to pull them off.

The false flag phenomenon is distinctively modern and used as an ideological weapon to control populations with the fear of a manufactured enemy. They are used in ostensibly democratic systems where people believe they have inalienable rights. Such democratic systems—primarily the United States, Israel, and Great Britain—must shock people into sociopolitical and geopolitical consent and, as such, require sophisticated modern propaganda systems and advanced covert operations teams with highly proficient skills.

Operation Gladio was a post-World War II program established by the CIA, NATO, and possibly Britain’s M16 to fight communism in Europe by whatever means necessary. The two-decade operation used CIA-created “stay behind” networks as part of a “Strategy of Tension” that unleashed a multitude of terrorist attacks from the late 1960s to the early 1980s. The attacks were blamed on Marxists and other left-wing political opponents in order to discredit communism. The operation involved multiple bombings that killed hundreds of innocent people, including children. The most notable attack was the August 2, 1980 bombing of the Bologna train station, which killed 85 people.

How do we know about Operation Gladio in spite of its incredibly clandestine nature? There are two principle sources. One, the investigations of Italian judge Felice Casson, whose presentation was so compelling it forced Italian Prime Minister Giulio Andreotti to confirm Gladio’s existence. The second source is testimony from an actual Gladio operative, Vincenzo Vinciguerra, who is serving a life sentence for murder. In a 1990 interview with the Guardian, Vincenzo stated that Gladio was designed to psychologically coerce the Italian public to rely on the state for security.

In 1953, the CIA launched Operation Ajax in order to overthrow Iran’s democratically elected leader, Mohammed Mosaddiq, and replace him with the Shah, a ruthless dictator. The United States sought to depose Iran’s nationalized Anglo-Persian oil company and install 5 U.S. oil companies to take over the nation’s oil fields. In order to do so, they staged a false flag operation that utilized propaganda and complex political maneuvers in order to create public revolt that eventually led to the United States and Britain’s MI6 military intelligence re-installing the Shah in order to throttle Iran’s oil supplies and transform the nation into a puppet regime of the United States government.

Most information relevant to this CIA-sponsored coup is declassified now and available in the CIA archives.

The CIA described itself Operation Ajax:

“The world has paid a heavy price for the lack of democracy in most of the Middle East. Operation Ajax taught tyrants and aspiring tyrants that the world’s most powerful governments were willing to tolerate limitless oppression as long as oppressive regimes were friendly to the West and to Western oil companies. That helped tilt the political balance in a vast region away from freedom and toward dictatorship.”

In 1954, a year after Operation Ajax, Israel launched its own false flag operation. Code-named Operation Susannah, the Lavon Affair featured the covert operation of Israeli agents who planted bombs in several Egyptian, American, and British-owned cinemas, libraries and educational centers, including a United States diplomatic facility, framing eight Egyptian Muslims as the perpetrators.

One of the bombs detonated prematurely, which caused one of the bombers to be captured. A public trial exposed the Israeli spy ring and the covert operation. The operatives were convicted and two of them executed. Israeli Defense Minister Pinhas Lavon was forced to step down because of the scandal. However, the more far-reaching consequences of the Lavon Affair demonstrate once again how governments use false flags to achieve certain objectives that might not have been possible otherwise. In this case, according to a Stanford published paper, the operation triggered a chain reaction of game-changing events:

“A retaliatory military incursion by Israel into Gaza that killed 39 Egyptians; a subsequent Egyptian–Soviet arms deal that angered American and British leaders, who then withdrew previously pledged support for the building of the Aswan Dam; the announced nationalization of the Suez Canal by Nasser in retaliation for the withdrawn support; and the subsequent failed invasion of Egypt by Israel, France, and Britain in an attempt to topple Nasser. In the wake of that failed invasion, France expanded and accelerated its ongoing nuclear cooperation with Israel, which eventually enabled the Jewish state to build nuclear weapons.”

COINTELPRO was a series of clandestine, illegal FBI projects that infiltrated domestic political organizations to discredit and smear them. This included critics of the Vietnam War, civil rights leaders like Dr. Martin Luther King, and a wide variety of activists and journalists.

The acts committed against them included psychological warfare, slander using forged documents and false reports in the media, harassment, wrongful imprisonment and, according to some, intimidation and possibly violence and assassination.

A U.S. Congressional committee documented the false flag component of the campaign, describing how the FBI had hired provocateurs from the 1950s through the 1970s to commit criminal and violent acts and falsely blame them on political activists. The campaign worked extremely effectively at disrupting the progressive momentum of the era.

Despite being formally discontinued, new permutations of COINTELPRO have persisted and include present-day efforts to undermine activists, whistleblowers and protests. In fact, a 2012 article published by The Guardiandescribed the FBI’s crackdown on the Occupy movement as a “totally integrated corporate-state repression of dissent.”

The Gulf of Tonkin incident, a major escalator of U.S. involvement in the Vietnam War, never actually occurred. The government essentially staged—or at the very least, utilized a patently false report—in order to manufacture a geopolitical narrative with a ready-made enemy, the North Vietnamese.

President Lyndon B. Johnson promptly drafted the Gulf of Tonkin Resolution, which became his administration’s legal justification for military involvement in Vietnam. The problem is the event never happened—and Johnson had no reason to believe it had.

In 2005, a declassified internal National Security Agency study revealed that there were no North Vietnamese naval vessels present during the incident. So what was the Maddox firing at? In 1965, President Johnson commented, “For all I know, our Navy was shooting at whales out there.”

The NSA’s own historian, Robert J. Hanyok, wrote a report stating that the agency had deliberately distorted intelligence reports in 1964. He concluded that:

“The parallels between the faulty intelligence on Tonkin Gulf and the manipulated intelligence used to justify the Iraq War make it all the more worthwhile to re-examine the events of August 1964.”

The Warning Signs of a False Flag Operation:

~There is an immediate comprehensive narrative, including a convenient culprit. Law enforcement, government agencies, and the mainstream media immediately proffer a narrative that completely explains the event and encourages citizens to tie their intellectual understanding of the tragedy to the emotions they experience. In his lecture at Contact in the Desert, Richard Dolan noted that a distinguishing characteristic of a false flag operation is that the official narrative IS NOT questioned by the media. There are often legislative, ideological and sociopolitical power plays waiting in the wings, which the government can immediately implement. The most striking example of this is the Patriot Act, which was written well before 9/11 but seemed to correlate entirely with the events that had transpired.

~The official narrative has obvious domestic and geopolitical advantages for the governing body. The Bush administration used 9/11 to usher in the War on Terror, which has served as a lynchpin for countless civil liberty infringements by the national security state, including ubiquitous domestic surveillance and indefinite detention. It also directly paved the way for an invasion of Afghanistan and Iraq—countries that had nothing to do with the attacks—allowing our government and defense contractors to control the natural gas pipelines and oil fields. This bears a striking resemblance to Operation Ajax.

~The narrative behind the attack serves to leverage emotions like fear, as well as patriotism, in order to manufacture consent around a previously controversial issue. For example, many of the recent domestic terror attacks, including the Aurora shooting, have exacerbated and reinforced advocacy of gun control legislation. More importantly, these attacks divide populations and invite the government and militarized local police forces to have the authority to declare martial law at will, locking down entire neighborhoods. We saw this after the Boston marathon bombing, the most striking example of this nation’s post 9/11 police state mentality.

~Military training drills and police drills occur on the day of and very near the attack itself, causing confusion to obscure eye witness testimony and allowing orchestrators to plant both patsies, disinformation and backup operatives. This is no small point. An incredible percentage of major domestic or international terror attacks have involved simultaneous “training drills.” This list includes, but is not limited to, the infamous NORAD drills of 9/11, the 7/7 London Bombings, the 2011 Norway shooting, the Aurora shooting, Sandy Hook, and the Boston Marathon. Though none of the aforementioned events can be confirmed or denied without a doubt, they bear a striking resemblance to previous false flag attacks and should be looked at with an investigative eye.

The bigger false flags that occurred in the last two decades undoubtedly utilized unimaginable amounts of money and resources. It will take time and many contributions by intrepid researchers and whistleblowers to prove them.

The cases made for and against 9/11 being a false flag “inside job” are voluminous and highly controversial. The narrative is so convoluted with disinformation that despite all of the technology and online resources at our disposal, it is highly unlikely we will know for sure how many layers of shadow and black op agencies were used—if, in fact, they were. What we do know is that shortly before the events of 9/11, then-Secretary of State Donald Rumsfeld announced that $2.3 trillion dollars was missing from the Pentagon’s budget. Unfortunately, too much evidence has been destroyed or manipulated to reach a conclusive verdict as to whether it was a full blown false flag or an extreme case of state opportunism.

Remember, the story of the false flag phenomenon is one that is still being written. Our analysis of it must breach the most powerful information control filters the world has ever seen. As technology and social enlightenment make the crimes of the world’s national governments transparent, we will see shocking new chapters added to this history that will shatter mainstream perceptions of reality.