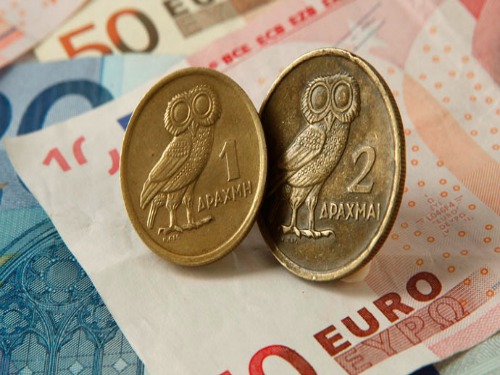 To prevent widespread bank runs and to keep money from leaving the country, the Greek government instated numerous capital controls to keep the lid on their economy, such as placing a daily withdrawal limit of 60 Euros. When they first created these mandates earlier this month, they were only supposed to be in place for a short period of time. But now it looks like the Greeks may be facing a long-term banking crisis.

Late Tuesday night, Prime Minister Alexis Tsipras made a statement that should have Greeks dreading the next few weeks. In a televised interview he stated “The reopening of the banks depends on the sanctioning of the deal, which will take place in a month.” So basically the citizens of Greece can look forward to long lines at the ATM and cash shortages through August.

Keep this in mind for when America’s debt crisis finally blows up. You don’t own the money in your bank. It belongs to the bank, and it’s insured and regulated by the government, who are bought and paid for by the banks with the money you put in their accounts. When the system falls apart, you’ve got to see the writing on the wall and get your money out early. Once the crisis starts, your savings will be handed over to the authorities, and rationed out at their leisure. (see how much debt the world owes).