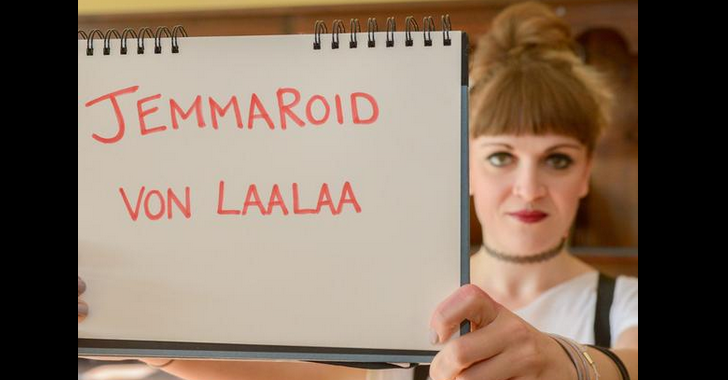 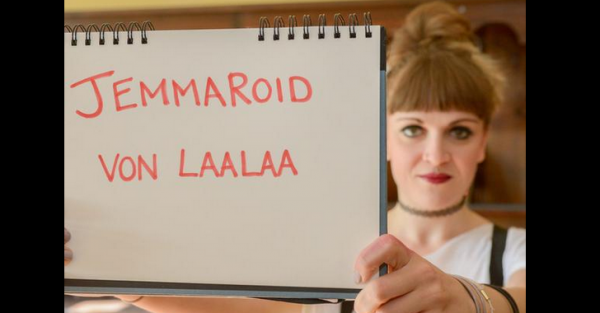 Now that the social media platform has become one of the most dominant ways to connect with people all over the planet, Facebook has taken a decidedly Kafkaesque turn. From censorship to paid trolls to the prevalence of NSA surveillance, it is THE place people love to hate—yet most of us seem sucked in like quicksand, anyway. Gone are the days of adroitly crafted pseudonyms—replaced by Facebook’s fascist “real name” policy. But if you‘ve managed to skirt the policy and maintain the moniker of your choosing, the following will serve as a cautionary tale for what not to do if your account is ever suspended in the future.

Jemma Rogers, who lives in South London, set up her Facebook account in 2008 using a ridiculous fake name—thinking she could avoid the uncomfortable situation arising from unwelcome friend requests. But her plan backfired.

Rogers’ chosen anonym was so creative, the Facebook police eventually requested proof of her identity. According to its terms of service, “users provide their real names and information”—meaning your account name must be as it appears on official documents, such as license, birth certificate, or credit cards.

Rogers immediately edited her bank cards to reflect her pseudonym in order to avoid losing access to her profile. But Facebook saw through her ploy and suspended her account—pictures, messages, and all—the next day.

In a desperate attempt to regain access to her priceless account, Jemma Rogers legally changed her name by deed poll to her Facebook moniker—Jemmaroid Von Laalaa.

Finding it hard to get your Facebook account unlocked? Meet the woman who changed her name.http://t.co/OhTEMHc0pk pic.twitter.com/t6NiMO0IsX

Even though she has legally adopted her Facebook nickname, Von Laalaa has been unable to regain access to her account. “I can’t believe I’m stuck with this stupid name and I still can’t get into my Facebook,” she complained. On the bright side, automated messages stated the problem was being looked into.

“I know I’ve been a completely [sic] moron, but Facebook are being ridiculous,” said Von Laalaa. “I’ve been locked out of my account for five weeks now and have lost all my photos, messages, and precious memories. So many people set up accounts in fake names so random people can’t add them or so they don’t have to awkwardly decline requests from people they don’t know or don’t want to be ‘friends’ with. But Facebook have been over the top, they should be able to tell it’s a genuine account but just under a fake name.” She added, “I can’t believe I’m being punished like this.”

Though her last point is arguable, Facebook’s tyrannical real name policy has been an ongoing source of contention. Though the company’s chief product officer, Chris Cox, said its purpose “has never been to require everyone on Facebook to use their legal name,” one Jemmaroid Von Laalaa might beg to differ.

On June 1, the #MyNameIs coalition—comprised of members of the LGBT community, Native Americans, survivors of domestic abuse, and privacy advocates who harshly criticize the policy for various reasons—protested in front of Facebook’s Menlo Park headquarters.

For Von Laalaa, at least, there was a happy conclusion. Well . . . sort of.

According to The Independent, even though Facebook remains steadfast in its real name policy, it admitted a mistake had been made in failing to reactivate Von Laalaa’s account.

“Facebook asks people to use their authentic names, as we believe this makes people more accountable for what they say,” a Facebook spokesperson said. “In this instance we made a mistake but we reactivated the account last week. We apologize for any inconvenience that this caused.”

Considering she now legally bears the name Jemmaroid Von Laalaa, “inconvenience”—to her—might be the understatement of the decade.