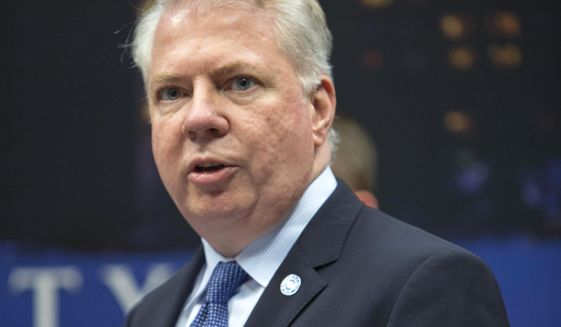 For many Americans, owning a home is out of reach. Various reasons can prohibit someone from being able to purchase a home — lack of down payment, income limits, and, at times, interest rates. Some Americans struggle their entire lives without being able to purchase a home. Despite this reality for many Americans, Seattle, Washington, Mayor Ed Murray wants to do something about Muslims being unable to buy a home. His plan includes the usual recommendations, such as “increasing the city’s housing levy and implementing new rules and regulations to foster development of market-rate and lower-income housing.” For Muslims, a committee recommended the city explore “options for increasing Sharia-compliant loan products.”

Talk about “creeping Sharia,” and here is a good example. City politicians and planners are actively suggesting that lenders offer loans for a home purchase to Muslims without having interest attached to the repayment of the loan.

More and more lenders are offering Sharia-compliant financing, according to a USA Today report. The sector has grown to more than $1.6 trillion in assets worldwide over the past three decades, and analysts see potential for continued growth as the number of Muslims in the United States and Europe grows.

It’s unclear how many Muslims would benefit from Murray’s plan. The Washington state chapter of the Council on American-Islamic Relations (CAIR) estimates more than 30,000 Muslims live in the greater Seattle area, and Chapter Executive Director Arsalan Bukhari on Tuesday said it’s “fairly common” for some not to seek loans.

Bukhari stated that a couple hundred Muslims were not borrowing money for homes because of their religion. He based this more on “anecdotal” evidence rather than hard data. He indicated that even Muslims who were high wage earners “could easily qualify for home loans but don’t apply.” The reason he gave — “they don’t want to pay interest.”

State and federal government agencies force Christian business owners to violate their religion or face hefty fines, along with a gag order—as in the case with Aaron and Melissa Klein—mandate nuns follow the birth control mandate of Obamacare and/or face imprisonment, as in the Jack Phillips case in Colorado. Yet, government officials support “bending the rules” and lenders comply when it involves the cult started by Muhammed—may camel dung be flung upon him, and their beliefs, or Sharia law. After all, $300 million taxpayer dollars went to the West Bank several years ago to help Muslims pay mortgages.

How many Americans might be able to purchase a home if interest rates didn’t increase the payments? As we all know, sometimes an extra $100 dollars can’t be produced each month needed to pay interest on a loan. Lenders are not bending over backwards to help any other religious sect in America to purchase homes by offering “interest free loans.” Moreover, no government official clamors to persuade lenders to offer “interest free loans” to any other religious sect.

Murray’s reason for this boils down to a statement made in a press conference — “he wants to help Muslims.”

We will work to develop new tools for Muslims who are prevented from using conventional mortgage products due to their religious beliefs,” Murray said.

Murray, in his “zeal” to help Muslims obtain housing through “unconventional” mortgage products, passes the cost on to other consumers, who will pay higher rates. The lender is not going to take that big of a risk without covering their backside in some way, which means other consumers will fill the void. Even though there are regulations against such bias (see here and here), violations of the regulations are permissible when certain groups are involved, if Murray is able to “swing” his plan.

To clarify, the Federal Reserve is a private entity and needs to close. However, if the Federal Reserve remains intact, the regulations should apply to everyone equally. With the push for “Sharia-compliant loans,” aka interest-free loans, others could experience “discriminatory” practices in the form of higher interest rate loans, lowballing, or the application of different standards or procedures for the same process.

The USA Today report, referenced in the original article, involved a Muslim who secured a loan for his “slaughterhouse” whereby a venture capital firm secured a conventional loan through a lender. The firm paid the loan with interest and entered into a “lease-to-own” agreement with the slaughterhouse, while renting back equipment to the business. The Muslim business owner repaid, without interest, money to the venture capital firm. This is very different from interest-free home loans, and it amounts to comparing apples to oranges.

It is possible with the home loans that certain “other” arrangements may be made to cover the interest without calling it interest. However, why would lenders not offer these “other” types of arrangements to non-Muslims? Simple—it isn’t sound business practice, overall. But, as long as only a small portion of the population is served in this manner and the profit can be “recouped” amongst other borrowers, it becomes a non-issue for the lender. Also, what are the odds that someone who is not Muslim will challenge these practices in a lawsuit? It’s banking on the law of averages that non-Muslims will not challenge the practice in court and judges, including those writing the regulations in the federal government, will uphold the inequity of the practice.

Welcome to what Pamela Geller and many others have been crying all along — the creeping of Sharia law into America, which has the potential to affect everyone through practices such as the one Mayor Murray is proposing. While it is Seattle, Washington, today, the meme “monkey see, monkey do” will permeate to other cities and areas, as well. However, with economic collapse looming over the US and formidable opposition, Murray’s plan might go the way of all “good plans made by mice and men.” No one should hold his or her breath, considering the liberal left political hold over Seattle.