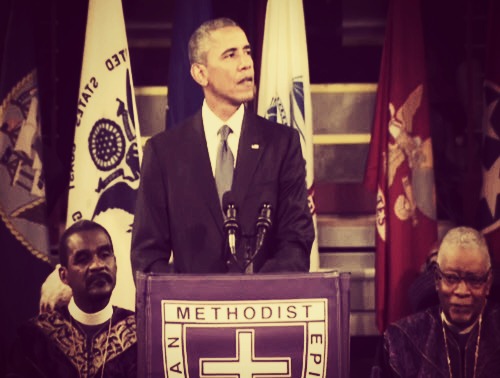 Like clockwork, gun control advocates always make a big push for their agenda after every mass shooting. The recent shootings in Charleston and Chattanooga are no different. Due to our government’s failure to keep firearms out of the hands of mass shooters, President Obama has since called for tighter background checks. But this time he wants to utilize the information tied to Social Security beneficiaries.

Basically, those who are incapable of managing their own affairs wouldn’t be allowed to buy a firearm. The new policy would use the same strategy employed by the VA to report certain veterans to the background check system. They take note of anyone who has assigned a fiduciary to manage their pension when they’re not competent enough to do it themselves. The biggest problem with this strategy, is how broad it is. Having memory loss or a brain injury would be enough keep you from buying a gun, even though those conditions are not useful for identifying someone who is crazy or malicious. Imagine if you suffered an injury that prevents you from speaking or writing. It would make sense for you to ask someone else to help you out with your financial affairs, but that might also be enough to prevent you from owning a firearm.

In reality, this is probably just another attempt to find a new pathway for gun control. They’re trying to chip away the rights of a demographic that isn’t as visible to the public, so they can set a precedent for taking away the rights of everyone else later on. This is “slippery slope” 101.