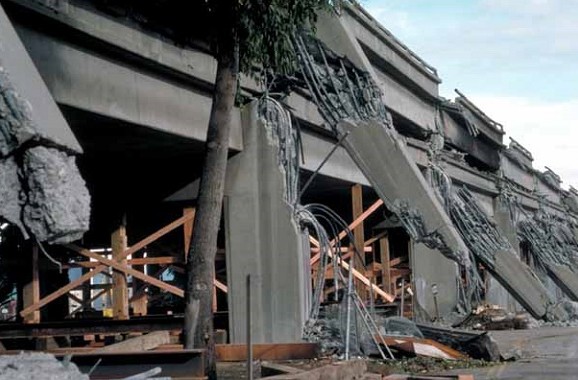 Claire Bernish | ANTIMEDIA An article discussing the overdue earthquake dubbed the “Really Big One” has been circulating at warp speed—scaring the begeezus out of the Pacific Northwest. Unfortunately, the fear hype this time is not a case of trumped-up click bait.

If you’re worried about the devastating earthquake that could come at any time called “The Big One,” you certainly have legitimate concerns. But as Kathryn Schulz made abundantly clear in her lengthy article in The New Yorker, you should be downright terrified of “The Very Big One.” This exponentially stronger quake will also trigger a massive tsunami—a combination that will literally render the current geographical landscape unrecognizable—and could realistically strike at any time in the not-so-distant future.

A little-known fault named the Cascadia subduction zone—which begins near Cape Mendocino in California and terminates around Vancouver Island in Canada—is more than deserving of its recent run in the spotlight. While Schulz’ eloquent article is worth the read, until you have the time to peruse the lengthy piece, there are six things you need to know about the Cascadia subduction zone. If you live in the Pacific Northwest, these alarming items—as frightening as they are—are neither fictitious nor exaggerated.

1. This fault is not the same type as the infamous San Andreas, but that’s part of the issue.

While the San Andreas is a strike-slip fault—meaning the fault occurs along the boundary of two tectonic plates that are moving horizontally in opposite directions—the fault that runs approximately 700 miles off the northwest coast of the U.S. is a subduction fault. This occurs as one plate—in this case the Juan de Fuca—gradually slides under another—here, the North American plate—slowly pushing the edge of the other plate upward and away from where they come into contact. Since the North American plate is essentially wedged in place by another plate, the progressive sliding of the Juan de Fuca builds friction that must eventually be released—resulting in a sudden, violent, and catastrophic tremor.

2. Magnitude plays an important part in degrees of devastation that result from a quake, but it might be worse than you realize.

San Andreas is one of the most studied faults on the planet, so we know the upper limit in magnitude it is capable of—8.2—certainly destructive, and nothing to shrug off. Should just the southern portion of the Cascadia subduction zone give way, the resulting quake will be magnitude 8.0-8.6—The Big One. However, should the entire zone give way at once, the magnitude will be 8.7-9.2—more than deserving of the name The Very Big One. By comparison, the earthquake in October 1989 that caused extensive damage in San Francisco was a magnitude 6.9 and the quake that triggered the tsunami and subsequent meltdown at Fukushima was around 9.0. But the scale of magnitude is logarithmic, so a quake of 9.0 is roughly31 times more severe than an 8.0 magnitude quake—and Japan, very much unlike the Pacific Northwest, was at least somewhat prepared for a quake of that intensity.

3. Schulz titled her article “The Earthquake that will Devastate Seattle” for a very good reason.

Because, if the zone gives way all at once as is theorized, that’s exactly what will happen—as FEMA Region X director, Kenneth Murphy, put it, “Our operating assumption is that everything west of Interstate 5 will be toast.” What exactly is west of I-5? Encompassing around 140,000 square miles, that area includes Seattle, Tacoma, Eugene, Portland, Salem, Olympia—and around 7 million people. Yeah, it’s that bad.

“When the next very big earthquake hits, the northwest edge of the continent […] will drop by as much as six feet and rebound thirty to a hundred feet to the west—losing, within minutes, all the elevation and compression it has gained over centuries.” This will displace “a colossal quantity of seawater,” forming a tsunami that will rush toward Japan in one direction, and the “other side will rush east, in a seven-hundred-mile liquid wall that will reach the Northwest coast, on average, fifteen minutes after the earthquake begins. By the time the shaking has ceased and the tsunami has receded, the region will be unrecognizable.”

4. No one in the region is sufficiently prepared for either the quake or the scale of devastation that will result — and yes, it will be that terrible.

“The inundation zone will be scoured of structures from California to Canada,” said Schulz. “To see the full scale of the devastation when the tsunami recedes, you would need to be in the international space station.” Roads, trains, hospitals, fire and police stations, high rises and others—including about 3,000 schools—can expect to be destroyed or compromised in the quake, which FEMA estimates will total over 1 million buildings in all. Oregon didn’t have seismic code for structures to withstand a magnitude 9.0 earthquake until the mid-1990s—and that only means such buildings are more likely to remain intact enough to allow for safe exit. Up to 75% of structures in Oregon couldn’t withstand a Cascadia quake of the intensity expected—including 15 of the 17 bridges in Portland, alone.

If you’re living in the I-5 corridor when the Very Big One hits, you’ll be waiting quite a while for basic services to be restored—that is, if you survive the deadly quake and crushing tsunami that follows. It will likely take one to three months to restore electricity and at least a month but possibly up to a full year to restore drinking water and sewage services. It’s even worse for coastal residents. Expect to wait three to six months for electricity and as for drinking water and sewage—projections estimate waiting one to three years.

Leaving will be all but impossible for quite some time after the quake causes such extensive damage to escape routes.

5. The region could be better prepared if the government would spend the money, among other issues — but that isn’t likely to happen before the massive earthquake.

Japan has instituted an early warning system for large quakes that provides valuable seconds to execute automatic life-saving measures before tremors begin, including “shutting down railways and power plants, opening elevators and firehouse doors, alerting hospitals to halt surgeries, and triggering alarms so the general public can take cover.” This system is triggered by high-frequency sound waves that travel from the event more quickly than the waves that cause the ground—and everything on it—to violently shake. Dogs (and other animals) can hear this and will start barking en masse—which will be the only thing heard in the Pacific Northwest since the region has no warning system.

6. This Very Big Quake—and all the devastating results—could happen five minutes from now.

Though earthquakes are notoriously unpredictable by nature, they do tend to occur at roughly regular intervals. After studying various First Nation accounts of historical events that had been passed down through generations and studying physical evidence in both the coastal regions and, ironically enough, Japan, an important determination was finally made. The last time the Cascadia subduction zone unleashed the full force it’s capable of producing was around 9 at night on January 26, 1700.

That might not seem like an overly riveting detail until you consider that further study of sedimentary layers from the ocean floor were also able to winnow at least probable estimates of the intervals of such quakes—243 years. Yes, we are now 315 years into a 243-year cycle. And yes, this is an average and this is an earthquake we’re talking about; but that doesn’t make the fact that the Cascadia subduction zone is overdue for an important date by 72 years something that can be taken lightly. At all.

In fact, experts widely agree on the odds. Chances that the Big One will happen in the next 50 years are about 1 in 3. But the Very Big Earthquake—that will decimate the Pacific Northwest and cause damage as far away as Sacramento—has an alarming 1 in 10 chance of changing everything within 50 years.

Having a tsunami evacuation or survival plan can greatly improve your chances of making it through the “Really Big One.” Now might also be a good time to stock up on bottled water, flashlights, and other essential survival items—just in case.