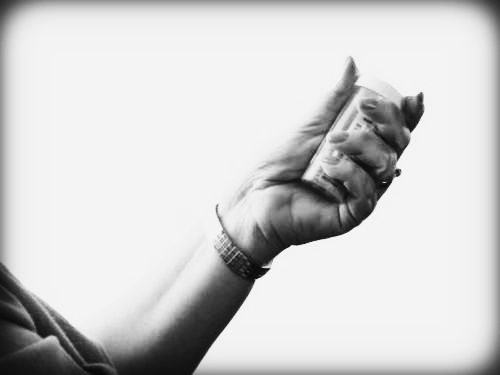 By now most people know the basic facts, at least what are called “facts” as reported by the mainstream media regarding the Tennessee mass shooting.

According to reports, last Thursday twenty-four-year-old Muhammad Youssef Abdulazeez opened fire at a Chattanooga army recruiting center, injuring a police officer. Then he opened fire at a navy recruiting center about five miles away, killing four servicemen and wounding another three, one of whom later passed away. All told, five people lost their lives before the Abdulazeez was shot and killed by police.

By now, it shouldn’t surprise anyone much that the media is reporting Abdulazeez was depressed and taking medications for it, medications which he frequently started and stopped.

Antidepressants, such as selective serotonin reuptake inhibitors (SSRIs), come with FDA-mandated black box warnings on the labels to inform users, “about increased risks of suicidal thinking and behavior, known as suicidality, in young adults ages 18 to 24 during initial treatment.”

According to the FDA:

“Pooled analyses of short-term placebo-controlled trials of antidepressant drugs (SSRIs and others) showed that these drugs increase the risk of suicidal thinking and behavior (suicidality) in children, adolescents, and young adults (ages 18-24) with major depressive disorder (MDD) and other psychiatric disorders.”

Not that ages are an exact predictor here, but Abdulazeez was 24.

A black box warning is the most serious one the FDA can place on a prescription medication bar none. What they don’t tell you is that these drugs don’t just cause suicidal feelings, but homicidal ones as well.

Now consider America takes more psychotropic medications like antidepressants than any other country on the planet by far. More than 30 million Americans are on these medications right now. It’s an astonishing situation if you really think about it.

Even people who aren’t purposefully taking antidepressants may be “taking” them.

In the last decade, the Associated Press conducted a five-month investigation and found the drinking water of at least 46 million Americans in 24 major metropolitan areas was indeed tainted with pharmaceuticals. Wastewater treatment does not remove these drugs, and people are drinking them, cooking with them, and bathing in them. The report advises, “The federal government does not regulate prescription drugs in the water.” So just consider how many pharmaceuticals people who knowingly take prescription medications and swallow them down with regular city tap water are actually ingesting in this country.

Worse, however, is the known fact that nearly every highly publicized mass shooting in recent American history involves a shooter on (or very recently going off) one or more of these medications at the time of the shooting. In fact, nearly every mass shooting in the last two decades involves psychiatric medications. Prior to the late 1980s when Prozac first came on the market, mass shootings were not anywhere near as common as they are today.

The Washington Post just reported, “Abdulazeez had been in and out of treatment for his depression and frequently stopped taking his medication, despite his parents’ pleas for him to continue, said a person close to the family.”

Frequently started and stopped taking medicines with FDA black box warnings that disrupt levels of chemicals in the brain to cause suicidal (and obviously homicidal) thoughts?

Considering the history of American mass shooters in recent years, that would do it.

In fact, any time a mass shooting hits the news these days, the first thing people ask isn’t why he or she did it but whether or not the killer was on antidepressant medications.