Having cancer is already bad enough without finding out your so-called “oncologist” is a total scam artist who has been prescribing you fake treatments.

69-year-old fake doctor Vincent Gammill reportedly prescribed/charged a woman with breast cancer $2,000 with not only expired medicines but a bag of dirt he claimed would cure her.

The investigation by the Ventura County Interagency Pharmaceutical Crimes Unit and the Contra Costa Sheriff’s Office began last month when a 49-year-old Thousand Oaks woman told deputies of the scam.

It’s believed Vincent Gammill fooled his patients by giving them false hopes, and minted thousands of dollars of them, providing fake treatments.

Gammill is currently out on bail for practicing medicine illegally.

Part of what investigators found in Gammill’s house after they arrested him: 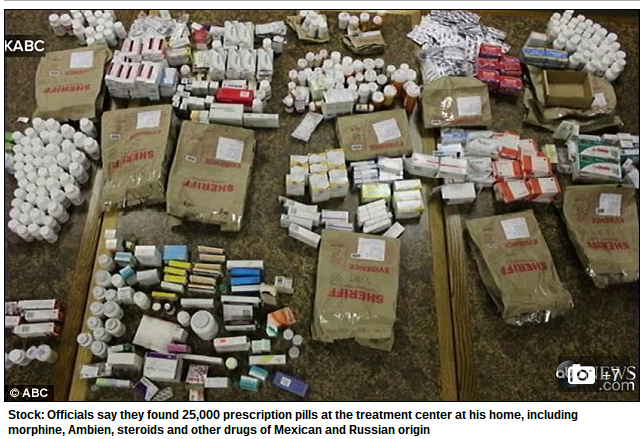 This woman was fighting breast cancer for seven years. She drove 300 miles and dished out several thousand dollars based on pure hope and a desperation to live, to survive. Who knows how many other people dying of cancer this Gammill guy scammed.

We already live in a country where cancer rates are one in two for men and one in three for women. Now people are preying on that sad fact like a cancer themselves.

However, this story is also a sad testament to the fact that people no longer believe in the highly expensive scam of chemotherapy drugs and are desperate to find other options in a country with a long history of suppressing cures for profits.