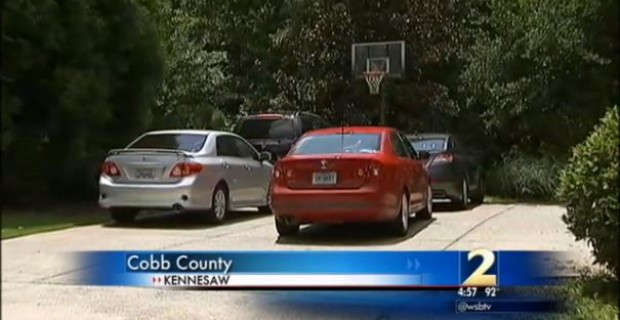 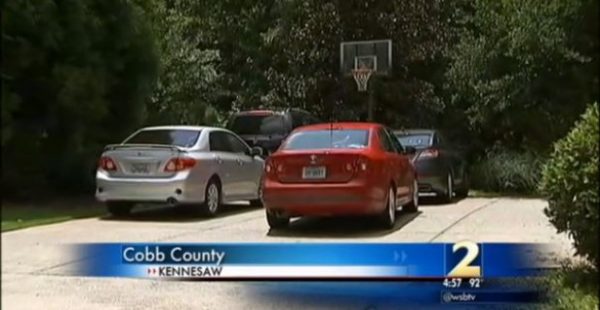 Government officials in Cobb County, Georgia are threatening a family with a fine for parking too many cars in their own driveway.

The Oviedo family were hit with the violation notice after local bureaucrats acted on an anonymous complaint that there were four cars parked on the property. Local ordinance rules which were recently changed mandate that a maximum of two cars be parked at any one time.

The family has relatives visiting and their two kids are home from college, but this explanation wasn’t enough to prevent them getting a visit from code enforcement officials last week.

“I am angry. I am beyond angry. I don’t see how the government can tell me whose cars I can park in my own driveway,” Kim Oviedo told WSB-TV 2.

After the story was covered by local news media, county officials decided to allow the infraction to slide for now, but they have warned the family that fines will be imposed next summer unless the family obtains an expensive permit to park four cars on the driveway.

“The fact that my kid’s home from college and now I’m a law breaker I guess,” said neighbor Mark Talley, who also has three cars parked on his driveway.

Officials stress that the rules are based on “conservation,” a nod to draconian Agenda 21-style mandates which local governments are imposing in line with United Nations recommendations based on environmental sustainability, rules which in many cases threaten to violate property rights.

Earlier this year, lawmakers in Texas introduced legislation in an effort to prevent local legislatures from participating in the scheme, with GOP State Senator Bob Hall speaking of the necessity to target “city organizations and cities that are adapting the UN programs.”

The enforcement of petty and unreasonable ordinance codes by local authorities is often a sore point for Americans who simply wish to be left alone.

Back in April, we reported on a Utah family that was ordered to dismantle a temporary cardboard castle that a father had built for his kids in his own front yard.