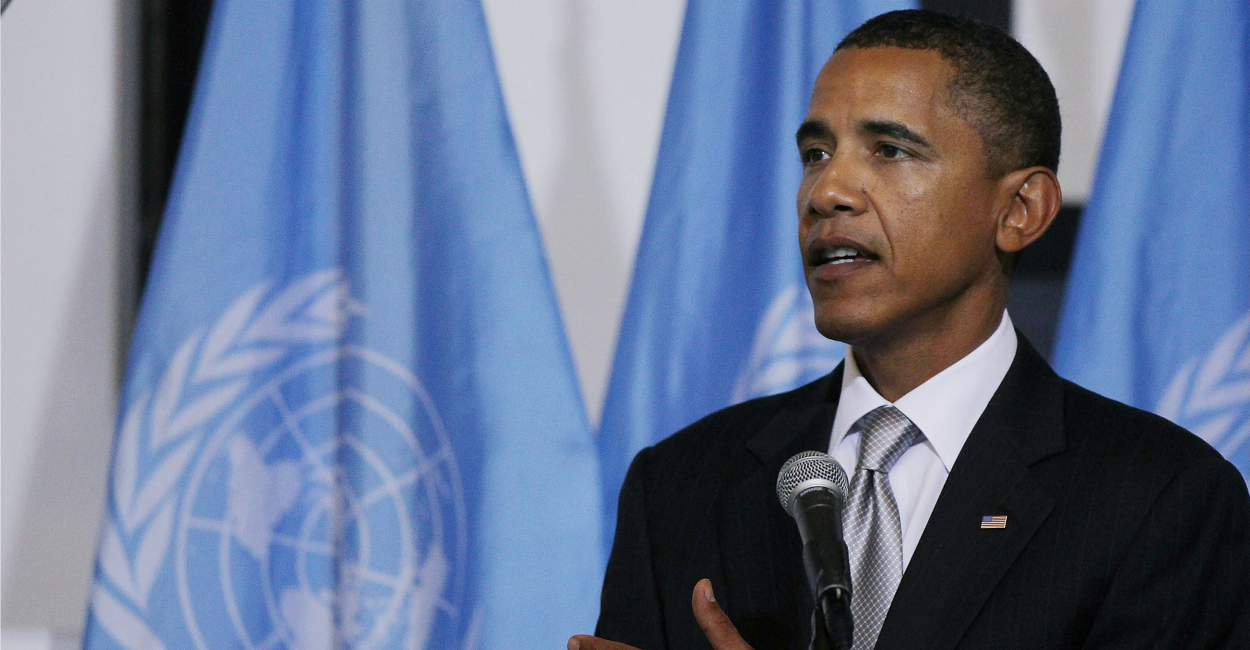 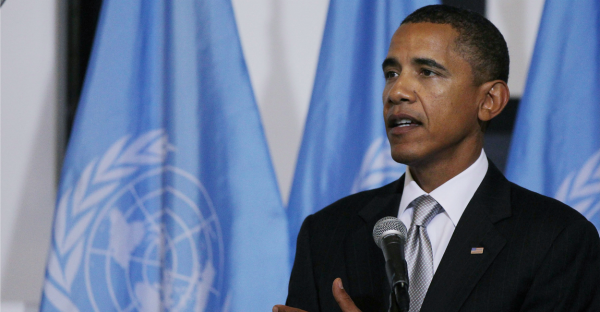 It is more than a sad day in the united States of America when a sitting president tells Congress, in so many words, to surrender their constitutional authority, “pay attention to international consensus,” and “go along” with what has been done regarding the Iran Nuclear Deal. In a 15-0 vote, the United Nations Security Council approved the Obama brokered Iran deal, agreeing to lift international sanctions before the US Congress reviewed the deal to determine if the US would participate. The UN Security Council (united States, Britain, France, Russia, China and Germany) consists of five permanent members plus one, with only the permanent members retaining veto power.

Anyone looking at this arrangement sees this is more than some “deal” or “agreement” between the leaders of two nations, as been touted to keep from adhering to Article II, Section 2, paragraph 2 of the Constitution of the united States of America. This is more than an international “agreement” or “deal.” Slice it and dice it anyway possible; but, it is a treaty requiring the “advice and consent” of Congress. In a foolish move, Congress voted away their authority to approve this Iran Nuclear treaty by giving fast track authority to Obama. Their up or down vote means little when Obama holds veto power over a down vote and Congress cannot gather the votes to overturn the veto. Moreover, the “international” community, comprising only five nations plus one, and unnamed “experts in the nuclear proliferation” field, have agreed through a unanimous vote, almost unheard of on any issue, to abide by the Obama negotiated fiasco.

It surprises no one that Russia and China voted in support of Iran. Their stance needs no explanation. However, France, Britain, and Germany all agreed to this. Does anyone else find it interesting that heavy NSA surveillance and spying by the US ran amok for some time in these nations before being exposed? The NSA targeted Germany’s Angela Merkel, while Britain’s spy agency cooperated with the US. Who doesn’t Obama have dirt on is the question on plenty of inquiring minds.

Naturally, this “arrangement” stipulates that the members lift international sanctions against Iran as long as Iran “swears off using nuclear power for a weapon.” The rhetoric pushed by Obama and supporters of this fiasco is reinstituting international sanctions against Iran would be swift should the nation violate the arrangement. Anyone else find that hilariously naive considering Russia and China’s position? Does anyone else find this disturbing considering Iran, on more than one occasion, cheated during negotiations without one voice of dissent from the P5 +1?

Never fear, “Republicans in Congress, and some Democrats, are staunchly opposed to implementing the deal.” While they may be opposed to it, they failed to halt it when given an opportunity. Now, Ed Royce (R-CA), chairman of the House Foreign Affairs Committee, and ranking member Eliot Engel (D-NV) decided to issue a statement.

We are disappointed that the UN Security Council passed a resolution on Iran this morning before Congress was able to fully review and act on this agreement. We are also greatly concerned that the resolution lifts restrictions on Iran’s ballistic missiles in eight years and conventional arms in five years. Regardless of this morning’s outcome, Congress will continue to play its role.

Frankly, everyone in America would like to know what “role” these two are referring — Obama’s cheerleading team, his “yes” men, or his “useful idiots” in destroying America. “Congress will continue to ‘play its role.'” It’s an interesting choice of words since the happenings in the District of Corruption amount to “tragic” theater. Where is the statement that Congress will exercise and perform their authority outlined in the Constitution, regardless of any Security Council resolution?

The strongest response these two clowns could issue is “we are disappointed.” One would think they missed the boat some time back. However, they didn’t and know the score just like the Security Council. The UN Security Council recognizes the fact that Obama assumed unilateral authority, instilling himself as dictator, to bind America to international “treaties” without Congress, as per the Constitution. Congress capitulates to the UN as though that body has assumed world governmental powers. They continue a “ruse” on the American people for should the truth come out, mayhem would ensue.

The deal is horrendous. There is no scenario in the agreement where the Western nations come out on top. Any rational thinking individual knows the devil cheats on every “deal” or “agreement” in which he participates. No way would the devil agree to a deal where he loses; if he does, one can guarantee he’ll cheat or violate it. It’s the same with Iran.

The time for talking has come and gone. Americans, along with the rest of the world, will now live with the threat of a nuclear Iran. Remember, they aren’t called “intercontinental ballistic missiles” (ICBMs) because they stay in the region. Not one participant in this fiasco can unabashedly claim Iran does not already have nuclear weapons capability — none. Iran refused UN inspections at some of its enrichment facilities and the “deal” keeps inspectors from accessing those same enrichment facilities. Who is to say that Iran doesn’t have a procured nuclear weapons head waiting in the wings? Obama? Russia? China? Experts in nuclear proliferation who remain unnamed? Congress? Those are trustworthy participants — Not!

While many of us, as children, performed the “nuclear attack drills” in school during the 60s, our hope for the future rested in deterring that threat for future generations. Our confidence relied on a moral code of “mutually assured destruction” (MAD) among nuclear nations. Some would call it a “fool’s dream.” Maybe it was and is. However, other nuclear nations shared the same concern. Iran, a rogue nation steeped in Islam, ruled by strict Islamists, is devoid of any moral code. As they shout “Death to America” and “Death to Israel,” they enrich uranium, not only for generation of electricity and for other purposes, to bring to fruition their chants of death to those they despise. They practice taqiyyah to fulfill their goals. Sacrificing anyone in the nation or anyone who practices Islam becomes a cloak of honor where death is revered more than life.

The fault for this entire fiasco rests at the feet of Barack Hussein Obama, unlawful, unconstitutional government agencies, Obama’s ilk and sycophants, a complicit Congress, and the nations comprising the UN Security Council. Guilty all. May God have mercy on His faithful followers and execute swift judgment against the evil.