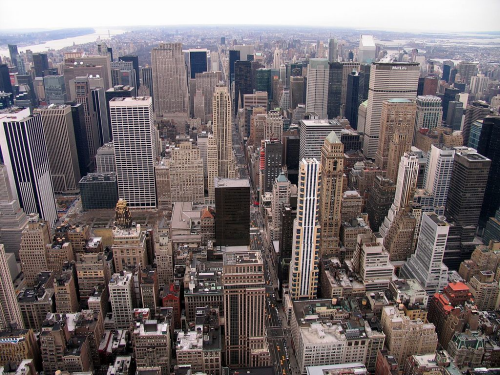 One of the most significant demographic trends in American history, was the growth of our cities during the 20th century. The industrial revolution lowered the labor costs associated with agriculture, while creating more jobs in our urban areas, thus fueling a mass migration into our cities that continues to this day. However, that trend may be reversing for the first time.

According to a Bloomberg analysis of census data between 2013 and 2014, millions of Americans are fleeing our cities. But these cities aren’t shrinking, the locals are being replaced by foreigners. While their research noted 100 cities, it focused on 20 urban areas that experienced the greatest loss of local residents. New York City came in 2nd place after losing 163,000 US citizens. Americans are largely leaving due to soaring housing costs, and are being replaced by two different kinds of immigrants. Highly skilled immigrants working in the tech sector who can afford the rent, and low skilled workers who are willing to split the rent, and cram as many of their friends and relatives into tiny urban apartments.

Instead of the “White Flight” from our urban areas that was widely documented in the latter half of the 20th century, we’re now experiencing “American Flight.” As our nation takes in more and more foreign citizens, these people are mostly settling into our urban areas, which are now being referred to as “global cities.” It’s safe to say that by the end of the 21st century, what we now recognize as an American culture, will cease to exist in urban areas, and will almost exclusively exist in rural and suburban locations.