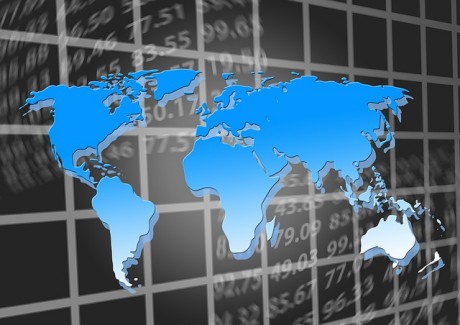 If we were going to see a stock market crash in the United States in the fall of 2015 (to use a hypothetical example), we would expect to see commodity prices begin to crash a few months ahead of time.  This is precisely what happened just before the great financial crisis of 2008, and we are watching the exact same thing happen again right now.  On Wednesday, commodities got absolutely pummeled, and at this point the Bloomberg Commodity Index is down a whopping 26 percent over the past twelve months.  When global economic activity slows down, demand for raw materials sinks and prices drop.  So important global commodities such as copper, iron ore, aluminum, zinc, nickel, lead, tin and lumber are all considered to be key “leading indicators” that can tell us a lot about where things are heading next.  And what they are telling us right now is that we are rapidly approaching a global economic meltdown.

If the global economy was actually healthy and expanding, the demand for commodities would be increasing and that would tend to drive prices up.  But instead, prices continue to go down.

The Bloomberg Commodity Index just hit a brand new 13-year low.  That means that global commodity prices are already lower than they were during the worst moments of the last financial crisis…

The commodities rout that’s pushed prices to a 13-year low pulled some of the biggest mining and energy companies below levels seen during the financial crisis.

The FTSE 350 Mining Index plunged as much as 4.9 percent to the lowest since 2009 on Wednesday, with BHP Billiton Ltd. and Anglo American Plc leading declines. Gold and copper are near the lowest in at least five years, while crude oil retreated to $50 a barrel.

“This commodity bear market is like a train wreck in slow motion,” said Andy Pfaff, the chief investment officer for commodities at MitonOptimal in Cape Town. “It has a lot of momentum and doesn’t come to a sudden stop.”

Commodity prices have not been this low since April 2002.  According to Bloomberg, some of the commodities being hit the hardest include soybean oil, copper, zinc and gasoline.  And this commodity crash is already having a dramatic impact on some of the biggest commodity-producing nations on the globe.  Just consider what Gerald Celente recently told Eric King…

We now see that the Australian dollar is at a six-year low against the U.S. dollar. What are Australia’s biggest exports? How about iron-ore and other metals.

If we look at Canada, their currency is also now at a six-year low vs the U.S. dollar. Well, Canada is a big oil exporter, particularly some tar sands oil, which is expensive to produce.

We also now have the Brazilian real at a 10-year low vs the U.S. dollar. Why? Because it’s a natural resource rich country and they don’t have a strong market to sell their natural resources to.

Meanwhile, the Indian rupee is at a 17-year low vs the U.S. dollar. This is because manufacturing is slowing down and there is less development. If the Americans aren’t buying, the Indians, the Chinese, the Vietnamese — they’re not making things.

All of this is so, so similar to what we experienced in the run up to the financial crisis of 2008.  Just a couple of days ago, I talked about how the U.S. dollar got really strong just prior to the last stock market crash.  The same patterns keep playing out over and over, and yet most in the mainstream media refuses to see what is happening.

Something else that happened just a few months before the last stock market crash was a collapse of the junk bond market.

That is starting to happen again too.  Just check out this chart.

I know that I must sound like a broken record.  But I think that it is extremely important to document these things.  When the next financial collapse takes place, virtually everyone in the mainstream media will be talking about what a “surprise” it is.

But for those that have been paying attention, it won’t be much of a “surprise” at all.

When the stock market does crash, how far might it fall?

During a recent appearance on CNBC, Marc Faber suggested that it could decline by up to 40 percent…

The U.S. stock market could “easily” drop 20 percent to 40 percent, closely followed contrarian Marc Faber said Wednesday—citing a host of factors including the growing list of companies trading below their 200-day moving average.

In recent days, “there were [also] more declining than advancing stocks, and the list of 12-month new lows was very high on Friday,” the publisher of The Gloom, Boom & Doom Report told CNBC’s “Squawk Box.”

“It shows you a lot of stocks are already declining.”

Others, including myself, believe that what we are going to experience is going to be even worse than that.

We live in such a fast-paced world, and most of us don’t have the patience to wait for long-term trends to play out.

If the stock market is not crashing today, to most people that means that everything must be fine.

Personally, I am trying very hard to make sure that nobody can accuse me of not sounding the alarm about the storm that is on the horizon.

Amazingly, there are still a lot of “experts” out there that insist that everything is going to be okay somehow.

Of course many of those exact same “experts” were telling us the same thing just before the stock market crashed in 2008 too.

A great financial shaking has already begun around the world, and it will hit U.S. financial markets very soon.

I hope that you are getting ready while you still can.