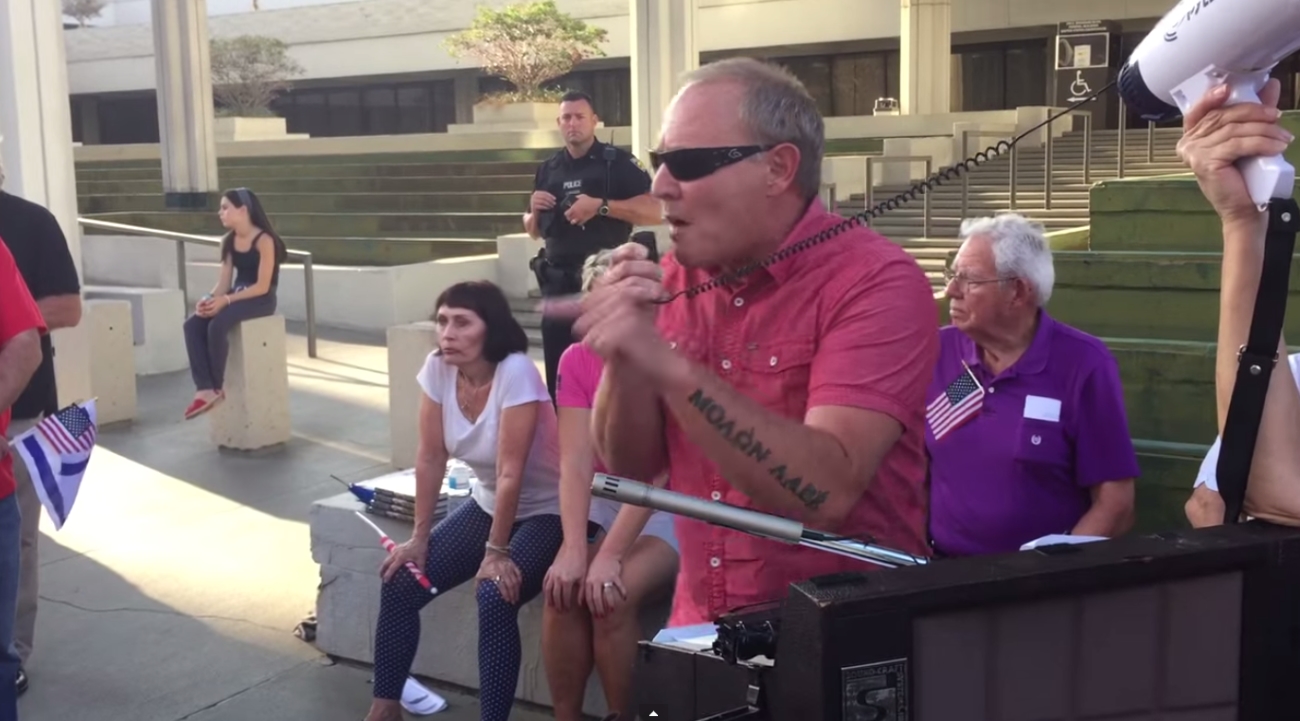 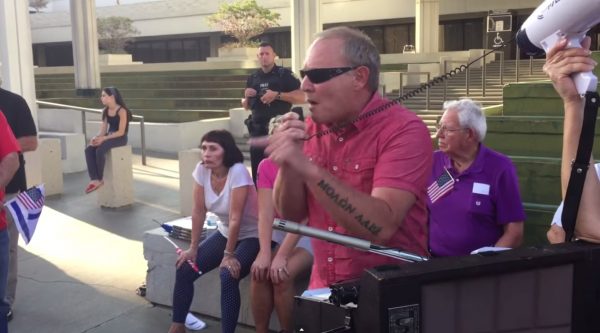 Gold Star father of fallen Navy SEAL Aaron Vaugh, Billy Vaughn, showed up at a rally in Ft. Lauderdale, Florida with Tom Trento of The United West and said that not only was Iran the enemy of America, but also the US government.

Taking the mic, Billy proclaimed, “Everything has been said that I can think of to say about Iran, but the thing is folks, we know who Iran is.”

All the evidence that we know about concerning Extortion 17 points to a cover-up and betrayal of some of America’s finest by their own commander-in-chief. All of this evidence has been compiled in a book by former Navy JAG Lt. Commander Don Brown titled, Call Sign Extortion 17: The Shoot-Down of SEAL Team Six.

Vaughn went on to elaborate by pointing out that Iran, though a real enemy of the US, is a distraction from the domestic enemy we face in both Congress and the White House.

He went on to point out what he believes two of the greatest curses upon America are today:

He then launched into a tirade against the legislative branch for not doing their duty in putting a stop to legislation from the bench by the Supreme Court and went further by blasting them for unconstitutionally delegating their authority to the executive branch “so they don’t have to make that hard decision.”

“We are compromised,” he continued. “We are being deceived. We are being set up for a fall.”

“Iran is the enemy,” he added. “But the threat is inside our borders.”

He went on to blast Obama for being a deplorable commander-in-chief, one who fights a “half-butted war” with air campaigns, but has no desire for victory.

In fact, Vaughn went on to say that the only air campaign in history that has worked was the one that included Hiroshima and Nagasaki.

He openly stated that the reason for such drastic actions against Japan were because “American lives first… American lives matter.”

Exactly right Mr. Vaughn. Personally, I’m ready to follow in the footsteps of Jefferson who penned:

But when a long train of abuses and usurpations, pursuing invariably the same Object evinces a design to reduce them under absolute Despotism, it is their right, it is their duty, to throw off such Government, and to provide new Guards for their future security.

May God grant us victory in the endeavor, because there is no doubt in my mind that this will not end peacefully.