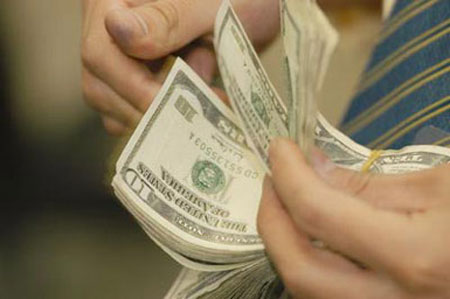 Economic forecaster Martin Armstrong, who is known for having accurately predicted major events like the Savings & Loan crash, the collapse of Japanese financial markets and the destruction of the Russian economy almost to the day, says that a major turning point is coming to the global paradigm this October. While stopping short of calling for an all out crash, Armstrong’s cyclical turning point of 2015.75 suggests that very big changes are set to take place.

But how do you prepare for the uncertainty of what’s to come?

Armstrong says you’d better have some cash on hand for short-term disruptions, just in case your financial institution shuts down like they did in Greece:

No institution is safe for all can be closed by decree, including credit unions. This is true of safe deposit boxes as well. They may not confiscate it, but they can deny access. PLAN B should be an amount of cash that is enough to live on for at least one month if not three months insofar as basic essentials, not mortgages, etc. Effectively this is food money and gas for the car. Gold coins will not help in this case, nor will silver coins, for we are not talking about trying to preserve wealth; this is the emergency stash for living purposes in case you need CASH, which is recognized by everyone. Try explaining a silver quarter to a teenage clerk who has no authority to accept a quarter for more than a quarter. Precious metals will be more of an underground economy of barter; it will not be useful at the local supermarket.

Also, keep in mind that cash could come in handy in a computer failure, whereas you cannot access a bank, exchange, etc. just to survive for there could be a scenario where not even plastic credit cards or debt cards would offer any help.

If America goes the way of Greece and the government enacts capital controls you can fully expect hours-long lines at ATM machines and banks just to get your daily allotment of $50 – $100. That, of course, is not enough for the majority of Americans to cover their most basic expenses including mortgage payments, food, and other necessary expenditures.

In such a scenario, having a one to three month reserve of cash will come in handy.

And though Armstrong says that gold and silver will likely not be accepted at your local super market, he has also previously noted that gold itself is an asset of last resort to preserve wealth in a situation where the public has lost confidence in their governing bodies. Thus, while you may not be able to hand a pre-1965 junk silver quarter to your grocery clerk in the immediate aftermath of a financial emergency, barter markets will likely emerge just like they did in Greece following the initial collapse of that country and at that point trading directly with gold, silver or other physical assets like liquor, cigarettes and food may become commonplace.

It should be clear that something is very wrong in financial markets. There is a wide body of evidence confirming this assessment, but most recently we learned that China has dumped over half a trillion in dollar-denominated assets and many of the same scenarios we saw in 2008 are playing out all over again.

While forecasters like Armstrong understand that the system under which we currently operate is set to fail, what’s difficult to predict is exactly how such a collapse may play out.

Thus, preparing for a wide range of potential scenarios is in order and that means positioning yourself to survive a short-term disruption to the regular flow of commerce, as well as longer-term scenarios that affect the credit markets and thesystems that depend on them.

Should the system buckle we can expect widespread rioting, panic and confusion, something for which the government has been actively training personnel to handle on a mass scale.

Significant changes are coming. Be ready for them.