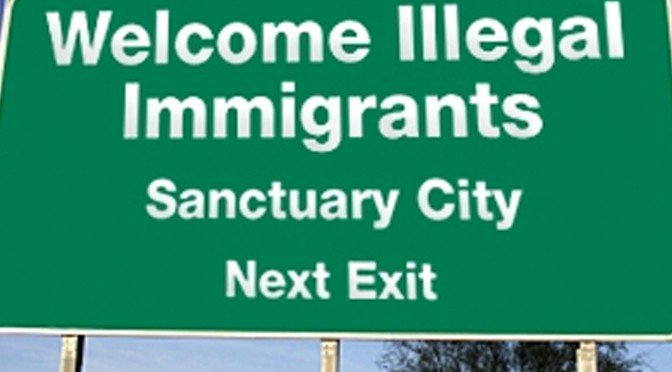 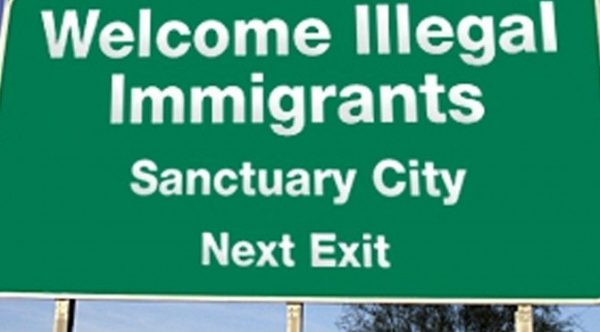 Another day, another dog and pony show out of the District of Corruption involving “sanctuary cities.” Sen. Jeff Sessions (R-AL) and Sen. Ron Johnson (R-WI) joined forces to initiate the “Protecting American Lives Act” or S. 1842 that would end sanctuary cities and “severely punish any illegal aliens who illegally re-enter the United States after previous deportation.” It sounds great; however, it would require catching the sneaky snakes as they cross the Obama “welcome mat” on the open southern border.

Before getting to the actual topic, which is “sanctuary cities,” the Senate bill, along with its counterpart in the House, warrants brief explanation.

The bill, the “Protecting American Lives Act” or S. 1842, would withhold federal funding from any state or local jurisdiction that refuses cooperation with federal immigration enforcement — including the notification of feds when apprehension of criminal illegal aliens and about honoring immigration detainer. It would also provide legal immunity to jurisdictions that honor such detainers and it would establish a five-year mandatory sentence for the illegal re-entry to the United States of previously deported illegal aliens. It would also issue a Sense of Congress that the Department of Homeland Security (DHS) has probable cause when it issues a detainer.

This brief synopsis of the Senate bill leaves out one very important factor — border security.

The House bill, “from Rep. Duncan Hunter (R-CA), being considered this week … would prevent certain federal funding to sanctuary cities but it does not provide the localities supporting federal immigration law the legal protections that the Sessions-Johnson bill does, and it does not include the mandatory minimum sentencing to deter illegal re-entry.” Obama threatened veto of this House bill, which some consider weaker than the Senate one. However, Sen. Chuck Grassley (R-IA), Chairman of the Senate Judiciary Committee, submitted his own bill in the Senate that “weakens current immigration law” according to David Horowitz writing in the Conservative Review.

Again, the House bill, like the one in the Senate, ignores border security, which is critical to stemming illegal alien invasion. The reciprocation analysis and opinions go back and forth with the Sessions bill coming out on top since Sessions earned respect as the Republican “gold standard” concerning anything regarding immigration law and renowned for his meticulousness. The “Protecting American Lives Act” garnered an original co-sponsorship by GOP presidential hopeful Sen. Ted Cruz (R-TX) and additional co-sponsors Sen. Tom Cotton (R-AR) and Sen. Jim Inhofe (R-OK).

But, the topic is “sanctuary cities.” Municipalities throughout the nation, encompassing almost all states in the United States, have decided to harbor illegal alien invaders. The question begs to be asked, “Where do they get that authority?”

On September 17, 1787, representatives from the thirteen states affixed their signatures to the Constitution of the united States of America, designating their approval of sovereign states coming together to form a “union” for the benefit of each state, as per representative authority given by the states. In the forming of the union, the states created a central government with limited authority to conduct business on behalf of all the states in order to maintain equality among the states. Each state admitted to the cooperative, voluntary union agreed to abide by the Supreme Law of the Land. While the Constitution guaranteed each state a “republican form of government,” the states ceded authority in certain areas to the central government to maintain uniformity.

According to Article I, Section 8 of the Constitution of the United States of America:

“The Congress shall have power … to establish an uniform Rule of Naturalization, and … to make all laws which shall be necessary and proper for carrying into execution the foregoing powers, and all other powers vested by this Constitution in the government of the united states, or in any department or officer thereof.”

The Tenth Amendment of the US Constitution states, “The powers not delegated to the United States by the Constitution, nor prohibited by it to the States, are reserved to the States respectively, or to the people.”

As shown, Congress has authority to establish through legislation immigration law and laws “necessary and proper” to execute those laws, which includes punishment for violating those laws. Only those powers not delegated to the government of the United States are reserved to the States or the people. Immigration laws fall under the authority of the central government, which the States delegated that authority for uniformity. Individuals entering this nation illegally become criminals by virtue of violating immigration law. No other crime needs to be committed to designate the illegal alien invader as a criminal. Some of these criminals commit additional crimes in violation of other laws.

Cities, towns or municipalities and the officials responsible for local government and law enforcement cannot assume power, lawfully and constitutionally, to thwart immigration laws since the States vested that authority in the federal government. Therefore, any city, town, municipality and/or elected official in violation of these laws are subject to punishment under the law. The same goes for any elected or appointed federal official supporting “sanctuary cities.” Worse, those at the federal level are in violation of their oath of office, thereby committing insurrection. Moreover, those following unlawful orders are guilty of criminal activity and deserve prosecution under the full extent of the law. In fact, one could say those blatantly violating the immigration law, at any level, are guilty of insurrection.

Going a bit further, these “sanctuary cities” and the local governments responsible for their governance are absolutely, unequivocally guilty of being complicit in any crime committed by an illegal alien invader they “protect.” In other words, families should exercise their right to civil tort in declaring “wrongful death” action against all responsible. Citizens living in “sanctuary cities” that disagree with the local government criminality should immediately issue recall action against any official, including the sheriff, for violation of federal immigration law.

The “sanctuary cities” logic centers on a fallacy — the policy of releasing criminals encourages citizens to report criminals so law enforcement officials can apprehend them. The utter nonsense of this type of policy is beyond words. It has led to the death of a number of Americans, most recently Kate Steinle in San Francisco.

Why have the States, where these cities are located, not taken any action? Any governor that wants to answer, feel free; or even, any State attorney general willing to answer is welcomed. The guess is the States sanction the violation of immigration law by these cities. To be clear, when referencing the general terms “city or cities,” it is the government and officials being referenced, not the entire population or citizenry residing within the jurisdiction.

Being that no city or state should be receiving federal funding, Congress should immediately stop the practice, period, end of story. However, that is unlikely to happen as cities and States are accustomed to their “welfare” checks from Uncle Sam for selling out their sovereignty over duly retained authority to the feds. But, these “sanctuary cities,” aided by the States in which the city is located, claim authority over immigration law, an authority constitutionally given to the federal government only. It’s a paradox. Duly authorized sovereignty retained by the States and the people surrendered while claiming authority to usurp duly authorized powers given the federal government by the States.

Here’s a tidbit for some of these States allowing “sanctuary cities” to operate with impunity. While the recent controversy surrounding the Confederate Battle Flag brought back labels of “rebels” to Southern States and their inhabitants, the Southern States, seceding that led to the War to Enslave the States, exercised authority within their rights upheld by the Constitution since the federal government initially violated its limits established by the Constitution. The governments of “sanctuary cities” have no authority on which to base their action to harbor illegal alien invaders; neither do the States.

Regardless of what the self-appointed dictator Obama claims, the Constitution of the United States of America—not Obama, Congress, or the Supreme Court—remains the Supreme Law of the Land. Any law enacted in accordance with the Constitution, meaning within the powers authorized, by the duly established branch to enact such legislation and in accordance with God’s law is Constitutional. Citizens are obligated to follow the law when the law is just, administered justly and a terror to evil works (Romans 13:3). However, when governments administer evil works by breaking just laws or establishing unjust laws, the government is no longer just and becomes a terror to good. God commands that we are to resist evil and those who perpetrate it and instead, follow His commandment to do that which is righteous. In other words, law-abiding citizens in “sanctuary cities” should expel officials violating the law, perpetrating evil and doing that which is unjust.

The violation of immigration law is a crime designating anyone who violates that law a criminal.

If our immigration laws were enforced and followed by these cities and our border secured, quite possibly the individuals, whose lives were cut short by these criminals committing additional crimes, might still be alive today and individuals who suffered violence at the hands of these criminals would be leading very different lives. This clearly points to the fact that these violations by cities across the nation threaten every American citizen, whether residing in that city or not.