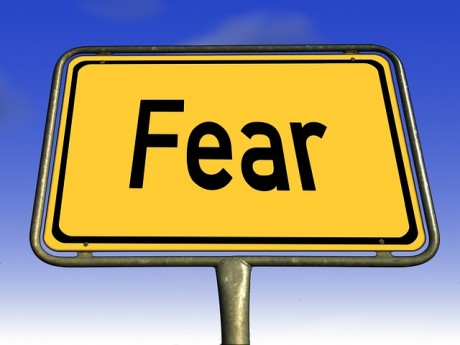 Can you feel the panic in the air?  CNN Money’s Fear & Greed Index measures the amount of fear in the financial world on a scale from 0 to 100.  The closer it is to zero, the higher the level of fear.  Last Monday, the index was sitting at a reading of 36.  As I write this article, it has fallen to 7.  The financial turmoil which began last week is threatening to turn into an avalanche. On Sunday night, we witnessed the second largest one day stock market collapse in China ever, and this pushed stocks all over the planet into the red.  Meanwhile, the twin blades of an emerging market currency crisis and a commodity price crash are chewing up economies that are dependent on the export of natural resources all over the globe.  For a long time, I have been warning about what would happen in the second half of 2015, and now it is here.  The following is a summary of the financial carnage that we have seen over the past 24 hours…

-On Sunday night, the Shanghai Composite Index plunged 8.5 percent.  It was the largest one day stock market crash in China since 2007, and it was the second largest in history.  The Chinese government is promising to directly intervene in order to prevent Chinese stocks from going down even more.

-Over 1,500 stocks in China fell by their 10 percent daily maximum.  This list includes giants such as China Unicom, Bank of Communications and PetroChina.

-Ever since peaking in June, the Shanghai Composite Index has dropped by a total of 28 percent.

-Even Chinese stocks that are listed on U.S. stock exchanges are being absolutely hammered.  The following comes from USA Today…

The 144 China-based stocks with primary listings on major U.S. exchanges have erased nearly $40 billion in paper wealth since the Shanghai Composite index peaked on June 12. It’s an enormous destruction of wealth that in effects wipes out the market value of a company the size of cruise ship operator Carnival.

-Overall, European stocks have been falling steadily since the beginning of last week.  To get an idea of how much damage has been done already, just check out this chart.

-As I mentioned above, an emerging market currency crisis is causing havoc for economies all over the planet.  The following comes from an article that was published by the Telegraph…

The currencies of Brazil, Mexico, South Africa and Turkey have all crashed to multi-year lows as investors flee emerging markets and commodity prices crumble.

The drastic moves came as fears of imminent monetary tightening by the US Federal Reserve combined with shockingly weak figures from China, which stoked fears that the country may be sliding into a deeper downturn and sent tremors through East Asia, Latin America and Africa.

-The government of Puerto Rico has announced that it does not have enough cash to make a scheduled debt payment of 169 million dollars on August 1st.  The Obama administration says that there are no plans in the works to bail out Puerto Rico.

-On Monday, the Dow was down another 127 points.  It was the fifth day in a row that the Dow and the S&P 500 have both declined.

-Overall, the Dow is now down more than 650 points since July 20th.

-480 stocks on the New York Stock Exchange have hit new 52-week lows.  Many analysts consider this to be a very, very ominous sign.

-I have repeatedly written about the danger of the commodity collapse that we are currently witnessing, and the Bloomberg Commodity Index fell another 1.22 percent on Monday to a fresh low of 92.1493.

-So far, the price of U.S. oil has fallen about 20 percent this month.

-Back in June 2014, the price of a barrel of West Texas Intermediate crude was above 107 dollars.  Since then, the price of U.S. oil has fallen an astounding 56 percent.

-Thanks in large part to the collapse in energy prices, junk bonds are cratering.  This is something that happened just before the financial crisis of 2008, and now it is happening again.  The following comes from Wolf Street…

“The performance is a disappointment to investors who purchased about $40 billion of junk-rated bonds from energy companies this year, thinking that the worst of the slump was over,” Bloomberg noted.

This is exactly what we would expect to see during the early stages of a financial crisis.

Of course global financial markets may bounce back somewhat Tuesday.  If you will remember, some of the largest one day gains in stock market history happened right in the middle of the stock market collapse of 2008.  So don’t get fooled by what happens on any one particular day.

With so much fear in the air, literally anything could happen in the weeks and months ahead of us.  One month ago, I issued a red alert for the last six months of this year.  I warned that a major financial crisis was imminent and that people needed to start protecting themselves immediately.

As I write this article on Monday evening, financial markets are already opening up over in Asia.  Japanese stocks are already down 251 points even though the market has only been open for about an hour over there.

We have entered a time when what is happening to global stock markets will once again be headline news.  We are right on the precipice of another great financial crisis, only this one is going to ultimately end up being much worse than the last one.

Now is the time.

Please get prepared while you still can.