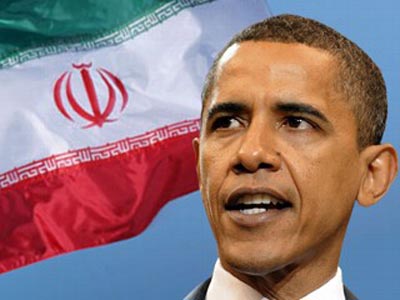 With the release of some (not all) of the spine-chilling details of Barack Obama’s nuclear program “deal” with the bloodthirsty Iranian mullahs, the overwhelming deluge of bad news just keeps coming. This unending stream of bad news should keep every rational and freedom-loving human being up at night.

Former Israeli Ambassador Michael Oren revealed that sanctions relief will give $700 billion to the world’s leading state sponsor of terror. The sanctions contained this monster. Even Obama admitted: “Hezbollah, for example, threatening to fire missiles at Israel, has no shortage of resources. We have seen that even in times of distress, Iran is able to allocate resources in what it sees as its strategic priority.”

And his lifting of sanctions just enabled Iran to do more of that. It is going to keep funding terrorist groups like Hezbollah and Hamas, only now it’s with a lot more money – American money.

It has even come out that if some rational actor, namely Israel, takes much-needed action to stop nuclear war, America is going to protect and defend Iran. John Kerry warned Israel not to act, saying that if it tried to stop Iran’s nuclear program, “I think that would be an enormous mistake. A huge mistake with grave consequences for Israel and the region, and I don’t think it’s necessary.”

Listening to Kerry try to sell this genocidal war pact is like listening to Joseph Goebbels explain the Jewish problem.

There is no other explanation.

And yet, when CBS News reporter Major Garrett asked Obama about this during a press conference, Obama mocked and laughed at Garrett.

It just gets worse and worse. Iran Minister of Foreign Affairs Mohammad Zarif bragged that the new U.N. resolution makes all ballistic missile restrictions “non-binding.” The UNSCR text confirmed this as well.

Then Iranian Supreme Leader Ali Khamenei vowed to defy American policies after the deal had been signed. John Kerry responded: “If it is the policy, it’s very disturbing. It’s very troubling.”

Now he is “disturbed”? Iran is not saying anything different from what it has been saying since 1979. Why is he disturbed now? What did he think would happen when the Obama administration opened the floodgates to a nuclear Islamic Republic of Iran?

And why are key documents missing from the Iran nuclear deal that was submitted to Congress and the two leaders of the Senate Foreign Relations Committee for review? What could possibly be worse that what we already know?

As if all that weren’t enough, Obama administration officials refused to address concerns that some senators raised about whether Iran would be allowed to give the International Atomic Energy Agency its own soil samples for inspection of its nuke sites. That’s right: The deal essentially allows Iran to conduct its own inspections of its nuclear program.

After the agreement was announced, the Saudis said they were going to start a nuclear program as well. Imagine, a nuclear arms race in the Islamic Middle East. What could possibly go wrong?

This was easily foreseen. We all talked about it, predicted it, so it cannot have eluded the Obama administration. So why do it? Every answer points to evil.

The only thing more evil than the Rouhani-Obama pact is the deception and outright lies told by the Obama administration to the American people to convince us that the inevitable jihad nukes are not only good for us, but that we have no other alternative than to surrender. His contempt for us has no end.

The world’s largest state sponsor of terror got everything it wanted.

What did the free world get but a ticking time bomb?

Once this genie is out of the bottle, there will be no putting it back.

The future terror that is guaranteed, actually ensured by this “deal,” is unfathomable.

For a president who only cares about optics, it couldn’t look any worse – until they drop the bomb, that is.

Jihadis with nukes – that’s Obama’s legacy. And remember, he was desperate for this surrender. He usurped Congress, the American people and our allies. His name will go down in history as one of the most notorious enemies of freedom.

Jihad in the White House. This isn’t ill-conceived, this is evil. The U.S. is under siege by a traitorous and malevolent executive branch.

Courtesy of Freedom Outpost and PamelaGeller.com