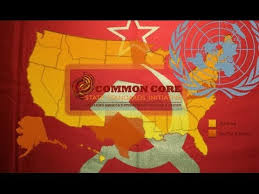 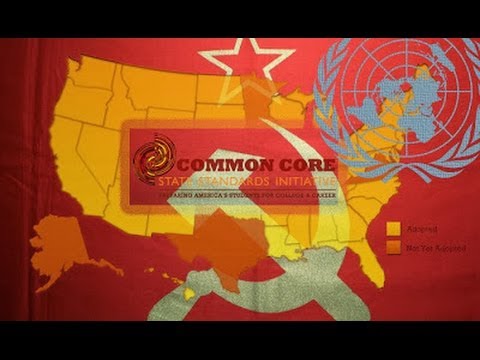 Few people look at the education system in our nation, and even fewer look at what the type of education our nation is going to have in the future. I received an email from a friend that noted what the United States Department of Education, which may result in “enslavement”-like action, with Congress going along under the guise of helping the local Educational Departments. Maybe what our nation should do is forget about the national Department of Education, eliminate it, and just allow the States to do their own education programs—that would be so much better than placing our children in schools under a “national” policy that seems to set up a Communist type of education that will make our children virtual “slaves” to the government. Now that I have your attention, let me show what I am talking about.

The recent Senate bill, S1177, seems like a good deal for our children, as it is shown and described as the “Every Child Achieves Act.” That sounds very good until one gets into the bill and sees what it may do to our children in the future. Click here to read the entire text of the bill.

How is this a Communist-style education system? How can we actually have been so blind as to allow this to happen? Is this true, and, if it is, what can we as a nation do to stop the Communist/Socialist style of politics and actions from going into effect?

Senate Bill S1177 is short titled the Every Child Achieves Act, but what it does is dumb down the educational system to ensure that all children read at the same level, do math at the same level, do science at the same level—the list goes on. But where did this idea come from? We just have to go to Charlotte Iserbyt’s statement on S1177. Iserbyt’s description of where some material in the bill comes from becomes very scary to freedom-loving people.

“HR 5 and S1177 ARE NOT EDUCATION BILLS. THEY ARE COMMUNIST LIMITED LEARNING FOR LIFELONG LABOR BILLS! Which originated in Carnegie Corp. books (1934), in the United Nations, UNESCO and the Office of Economic Cooperation and Development, Paris, France. They are part of UN Agenda 21.

The global workforce training agenda was resurrected during the Reagan and Bush Administrations, later supported by Clinton and Bush, Jr., and now Obama. Workforce training is a major part of the world government/UN Agenda 21 plan.”

WOW! Agenda 21. Many are reading this and saying it is nothing more than a conspiracy theory. If you wish to see just what Agenda 21 is, go to this site and read the complete Agenda 21 put out by the United Nations, which seems to be very close to, if not totally Communistic in their endeavors. What is revealed on the site sounds like what Adolf Hitler, Joseph Stalin, and other Communists and Marxists wished to see. It is a true and factual agenda, and our nation’s president is working with the United Nations to implement all of Agenda 21. It is not a conspiracy theory—it is a fact.

Iserbyt’s statement should send chills down the spine of anyone’s back because this is a program not just for public schools, but for all types of schooling, including home schooling. The most revealing part of her statement is, “THEY ARE COMMUNIST LIMITED LEARNING FOR LIFELONG LABOR BILLS!”

That should scare the daylights out of freedom-loving people, but in today’s United States, it seems to pass people by because they don’t have time to watch or participate in politics, nor do they wish to see what is going on. If “WE THE PEOPLE” of the United States allow any of this to become reality, the United States is lost to a new form of Communism/Socialism.

Isn’t it amazing that those whom many people consider great leaders (Reagan, Bush, Clinton, and now Obama) have helped bring this form of Communism to our very schools. Is it no wonder that our children are not moving ahead? Why should our nation “fit” into the world’s ideas? Our nation has never “fit” into any nation’s ideas; we were our own people, and now it seems as though we have lost our way in what our nation stands for. We allow programs such as this to continue while our politicians in Washington, D.C., progress us into a very left-leaning society—one where there will only be the elite and the poor.

The goal is to use the world’s children to spin off profits for the global elite. This international workforce training agenda is for ALL children on this planet. Homeschooled children are targeted in original New American School Development Corp documents related to charter schools.”

In this part of her statement, she shows just what is going on—something that should scare the people of the United States to the core. She shows us what is really going on with our children, and what we see is not a pretty picture.

Should we become like Communist China where only the chosen get the top jobs, where those who seem not to care are tossed out into the hard labor fields to toil their lives away? Today, we hear Hillary Clinton, a lady with a very dark background and deeply rooted past in Communist ideology, and Bernie Sanders, the president of the Socialist Democratic Party, and both of them have huge crowds of people going to greet them. In today’s United States, “WE THE PEOPLE” have 2 choices, either elect the Communist/Socialist party people who are using the Democratic Party as their platform, or we elect the Republicans who differ a good bit.

“S1177 includes, aside from workforce training, a heavy emphasis on Communist Core Marxist curriculum and testing. THE TRADITIONAL ACADEMIC CURRICULUM HAS BEEN REDUCED TO 10% OF WHAT IT ORIGINALLY WAS. I BELIEVE THE COMMON CORE IS THE LATE UN UNDERSECRETARY ROBERT MULLER’S WORLD CORE (NEW AGE) CURRICULUM.

S1177 includes provision of all community services (lifelong), especially mental health services (brainwashing for correct political values) birth through death, and “Soviet-style” early childhood education, under the unelected school superintendent. These hub of community schools are going in all over the country. They are Hillary Clinton’s “It Takes A village to Raise a Child” philosophy. Google Georgia Visions.

S1177 includes extensive privacy-invading data collection related to Communist Core Assessment/mental health remediation. This data will be used for employment and other purposes.”

Iserbyt shows the traditional academic curriculum. What can be clearly seen in schools today is that some are electing to “begin” the History of the United States in 1865, rather than from the beginning. This is done to redefine what our nation became. In some books, they show that our revolution against the tyranny of the English King was an act of treason and should not be celebrated. That is not what our nation did, but that is what some “new” books are telling out children; they also claim that Muslims have done more for our nation than is true. It is a near complete revision of our nation’s history, and “WE THE PEOPLE” sit by like the Jewish people did under Adolf Hitler and Joseph Stalin and watch as our nation is destroyed.

Iserbyt says that what is being done should scare many people away from their reality shows and send them to their school board meetings to not only protest this strong Communist influence, but also to make sure we get back to where we were before this all began. If “WE THE PEOPLE” fail to do this, our children and their children will not live in a free society—it will become a very different nation where they won’t even be allowed to vote except upon who is next in line to be president. That does kind of sound like what is going on in our politics today, with Hillary Rodham Clinton already being declared the next president before any votes are even cast!

Ms. Iserbyt even shows that Hillary Clinton has a hand in this United Nations, Communist-style education program built out of the United Nations Agenda 21. She even shows where to go to see this in action today. She shows us that this bill, S1177, has provisions in it that include data collection about children’s mental health and how it will be used to “place” them, much like it is done in Communist China. In China, if children do not achieve a certain level of education, they are sent to work in the fields to provide food for other people who did better than they did. Is this what we want for our children? Taking data that will be used to “place” our children in certain jobs according to their “skills or education”? That is identical to Communist China, and it is in this bill that the Congress has passed.

Iserbyt goes on to show how the bill goes to the local levels and how it will effectively divide our children into groups by the data given by their training and then maybe associate them to specific fields, according to their level of education and skills. This is not freedom. This is Communism, and if “WE THE PEOPLE” do not wake up and see what is going on, we leave a nation of Communists for our children and their children.

Ms. Iserbyt says a lot, and if we do not open our eyes, in just the next generation, the United States will become the United Socialist States, and our children will live under a very different set of rules, which will not be pretty at all. But “WE THE PEOPLE” can stop this now if we make the right decisions. We seem to say, “Let George do it.” But today, George is dead, and he cannot do what “WE THE PEOPLE” have to do.

It is time to either stand or fall, our nation is moving towards becoming a Socialist/Communist state, and this is clearly illustrated by the Socialist Bernie Sanders and the Communist Hillary Rodham Clinton being the front runners of the Socialist/Communist Democrat Party. It is time to bring our nation back to what it was or allow it to become what we really do not want it to become. It is our choice, our decision—let us make sure we make the founding fathers proud instead of making them ashamed that we have failed to uphold their vision of what the United States should be. It all begins with education, and Communist Core is NOT the way to freedom!