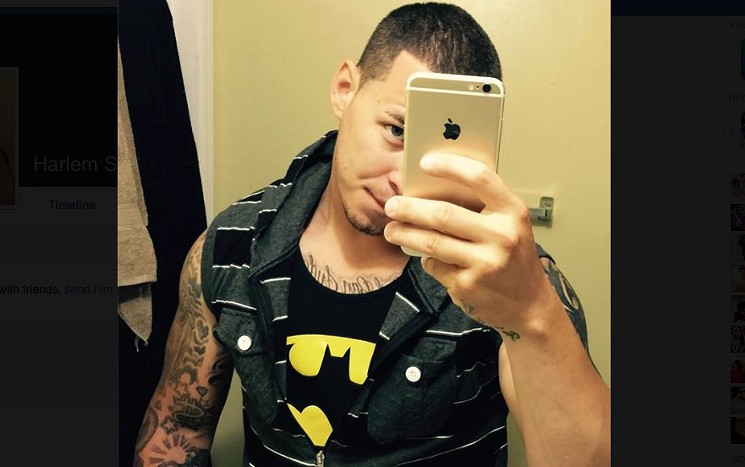 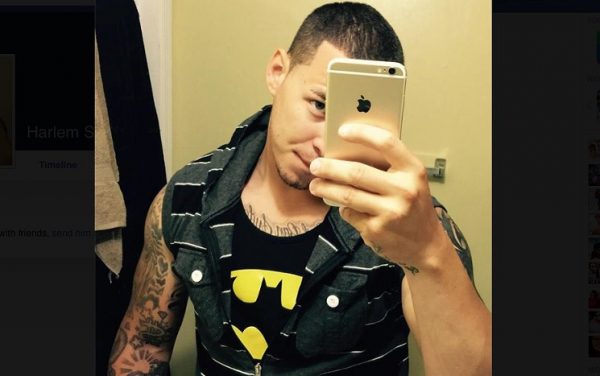 This time, it’s a 23-year-old American Muslim convert who has been charged with attempting to use a weapon of mass destruction. Harlem Suarez, also known by his Muslim name, Almlak (The Angel) Benitez, of Key West, Florida, was charged over an alleged plot to detonate a backpack bomb on a beach.

SUAREZ also discussed purchasing a vehicle and creating a car bomb, targeting police officers by placing bombs underneath police vehicles, and possibly targeting hotels, saying “they would know that you know, it’s coming from Islamic State.” SUAREZ also stated, “One day I will cook American” … “In cages” … “Flaming.”

The plan was to be executed on the 4th of July.

SUAREZ had dictated a script of his mindset:

I call to other brothers worldwide to creat Caliphate in the middle East. Destroy our enemies against us. Let live only who are our brothers and sisters. Send our mujahideen to a different soil with tanks, missiles, gemades, and other tactical needs. American soil is the past, we will destroy america and divide it in two, we will rais our black flag on top of your white house and any president on duty (cut head). There will be no one against us, the islamic state. No matter how many brothers of us they kill … or leaders, we always will have leaders for us to follow, they will never destroy the islamic state and Abu Bakr al Baghdady. we will keep going forward, how we are now on U.S. Soil, FLORIDA, NEWYORK, TEXAS, OHIO, CALIFORNIA, MICHIGAN, CANADA THERE is alot of us there, too.
We are everywhere and we are not going to stop, until we create the caliphate and seek our enemy and kill them, where we find them.

Review of the publicly accessible portion of the Harlem Suarez Facebook page revealed Suarez was from Key West, Florida, and listed his “likes” as: “Jihadist,” “Extraordinary Prayer for ISIS,” and “Prayers for ISIS: Weapons of our Warfare.”

Suarez was all ready and met the undercover agent in the motel room, donning a black tactical vest, black shirt, black face mask, and a yellow and black scarf. SUAREZ also stated that Muslim brothers needed to “buy AK’s, knives and machetes” and fight.

Indeed, this is a serious terrorist threat.

In May, Suarez wrote, “Yes, I want to learn how to make a controller bomb,” and added, “Try to find out what we need to make it with a controller remote that’s the type of bomb we need to make and recruit.” SUAREZ also texted to the Source, “10×12 titanium steel bulletproof hard armored rifle plate evel-Ak-47.” SUAREZ added, “I got two bulletproof, just need the plate.”

Prosecutors say that Suarez was inspired by ISIS and wanted to make a “timer bomb” that would blow up on a beach in Florida, the Justice Department has said:

Suarez purchased components for this device, which was to contain galvanized nails, be concealed in a backpack and be remotely detonated by a cellphone.

Suarez intended to bury the device at a public beach in Key West and then detonate it.

According to the FBI, Suarez has been accused of attempting to use a weapon of mass destruction. The agency also says that the suspect had been influenced by ISIS. In publicly released documents, the Feds that Suarez had been in contact with an FBI Under Cover employee since April 2015.

The undercover agent and Suarez met regularly to discuss plans for an attack against U.S. citizens and/or cops and military, just as it was for the Chattanooga Muslim in Tennessee.

During one meeting, the two went to a hotel to record a propaganda video outlining their goals. The FBI first got wind of Suarez through his Almlak Benitez Facebook page, which has since been deleted. On it, he regularly posted the pro-Islamic State messages. Later, in June 2015, a pawn shop in Key West contacted that the FBI to say a man had come in to say that he had ordered two AK-47 rifles and that they were to be delivered to the pawn shop—that man was Harlem Suarez. Due to an error in paperwork, Suarez never came in possession of the guns.

It was after this that he began talking to the UCE about plans to build a nail bomb. The two had rehearsed their plan right up until July 27, when Suarez came into possession of what he believed to be the explosive, which he thought was going to be remote detonated with a cell phone. He was arrested shortly after.

After making the videos, SUAREZ discussed his plans for an attack on the United States homeland around the 4th of July holiday.

Suarez is a native of Key West, Florida, and lived there with his father, Bernardo, on Shrimp Road in the island community. On one of his friends’ Facebook pages, he wrote “I’m ready to make it rain while I’m blowing up.”

Suarez is the latest person in the U.S. to be arrested in connection to ISIS after June 2015, when New Yorker Fareed Mumuni was arrested in Staten Island and accused of pledging allegiance to ISIS while admitting to planning a Boston Marathon-style bombing with a friend. And while investigators stated that Chattanooga gunman Mohammed Abdulazeez did not have any ties to ISIS, his affiliation with Jihad and willingness to die as a martyr are obvious, according to our detailed research.

These attempts are becoming a regular occurrence now. They will intensify and the success rates will increase, so long as ISIS remains.