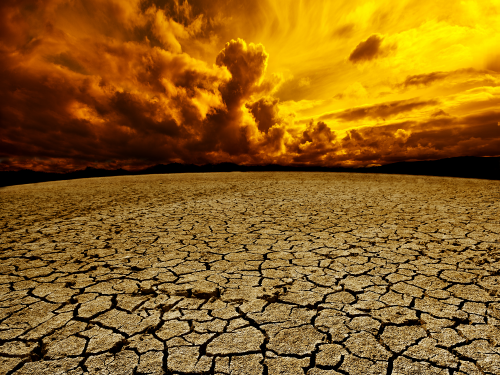 People build cities and towns in many different regions on Earth, and for many different reasons. We seek out places that are easy to build our homes on, provide security, have an abundance of resources, or have easy access to neighboring communities. In the modern world however, many of our basic necessities are available no matter where we live, and it’s easy for us to take for granted the one resource that really matters. That resource is water of course, and if you don’t have it where you live, then all of the other advantages that might be found in your community’s location, are completely negated.

The people living in California’s Central Valley are learning that lesson the hard way. The relentless drought that has stricken the region over the past few years, has gotten so bad that it’s threatening to turn some communities into ghost towns. In East Porterville, over a 1500 wells have dried up, and residents have to rely on water trucks that take water from the few who still have functioning wells.

Water trucks fill up tanks in East Porterville front yards, but as the drought deepens, there are new reports of neighbors becoming hostile with the water haulers. They don’t want their dwindling well water to be taken elsewhere.

In one case, people reportedly parked their cars, trying to form a barricade to keep the truck from getting to that well. Another time it got so tense, the sheriff’s department was called out.

Conditions are so bad in the town, that residents are now leaving in droves.

Drinking water and food lines are longer than ever at Iglesia Emmanuel.

Fear in the air is as thick as the humidity on a sweltering summer day. The Porterville church hands out fruits and vegetables. Each time, the supplies seem to run out faster.

Nobody knows the area’s worsening struggles more than he does. He says families are packing up for Oregon, Illinois, and even Georgia to find farm work. One woman talked of going back to Mexico.

“She grew up in Mexico very poor: no running water, no shoes, no electricity, but she told me that she at least had plenty of water,” he said. “I haven’t seen her, so my suspicion is she went back to Mexico altogether.”

That last statement pretty much sums up the heart of the matter. You can go without just about anything for a period of time, but the buck stops with water. If the drought continues for long enough, people will just keep leaving these communities until they disappear altogether.

But until then, you can expect most people to refuse to accept the reality of their situation, and dig in while they hope for a hail mary solution.

There is hope of drilling a new well to solve East Porterville’s water problems. Tulare County has a $1.6 million state grant and is asking the federal government for the remaining $400,000 balance to cover the cost of the new well.

Time will tell if digging for more wells is really the solution needed for the rural communities of the Central Valley, or if that is really just a futile act of desperation. If California is entering one of its extended dry periods that sometimes last decades or centuries, then many of these communities are bound for extinction.