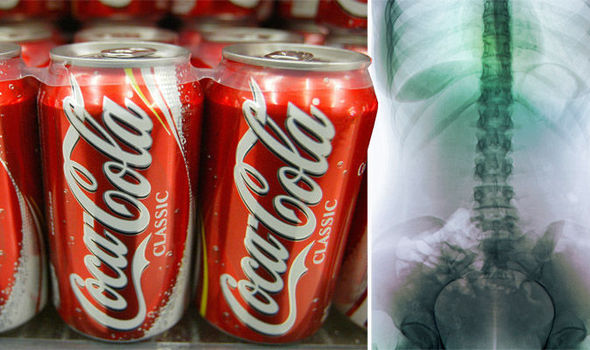 It’s no secret that Coca-Cola—and almost all other soft drinks—are bad for you. But what isn’t bad for us anymore…right? That’s  the way it feels in 2015, at least.

The abundance of information on the internet has done wonders to educate the public about the harmful effects of a multitude of products that most of us have consumed for years. There is so much information, however, that many people become overwhelmed and end up eating or drinking whatever they want, anyway. This devil-may-care attitude may satisfy us in the short-term, but it is ultimately to our own detriment.

Of course, corporations pump millions of dollars into telling us that what they’re selling isn’t really bad for us at all. “It’s all the other guys, so don’t drink their stuff, but keep giving us your money. It’s safe. We promise,” they might as well advertise. Obviously, these corporations are spewing nonsense in order to sustain their profits, but it certainly adds to our confusion.

Mostly though, we ignore the warnings because the typical consumer only knows that, “It’s bad, yeah, yeah, whatever.” What these brown fizzy drinks are actually doing to our bodies once we ingest them is a mystery to the majority of us. And because we don’t know the specifics, it’s easier for us to ignore our better judgment.

However, thanks to the efforts of Niraj Naik, The Renegade Pharmacist, we don’t have to be in the dark any longer. Naik has published in detail what happens to our system within the first hour of guzzling down a can of Coke—and it isn’t good.

10 teaspoons of sugar hit your system. (100% of your recommended daily intake.) You don’t immediately vomit from the overwhelming sweetness because phosphoric acid cuts the flavor, allowing you to keep it down.

Your blood sugar spikes, causing an insulin burst. Your liver responds to this by turning any sugar it can get its hands on into fat (There’s plenty of that at this particular moment)

Caffeine absorption is complete. Your pupils dilate, your blood pressure rises, as a response your livers dumps more sugar into your bloodstream. The adenosine receptors in your brain are now blocked preventing drowsiness.

Your body ups your dopamine production stimulating the pleasure centres of your brain. This is physically the same way heroin works, by the way.

The phosphoric acid binds calcium, magnesium and zinc in your lower intestine, providing a further boost in metabolism. This is compounded by high doses of sugar and artificial sweeteners also increasing the urinary excretion of calcium.

The caffeine’s diuretic properties come into play. (It makes you have to pee.) It is now assured that you’ll evacuate the bonded calcium, magnesium and zinc that was headed to your bones as well as sodium, electrolyte and water.

As the rave inside of you dies down you’ll start to have a sugar crash. You may become irritable and/or sluggish. You’ve also now, literally, pissed away all the water that was in the Coke. But not before infusing it with valuable nutrients your body could have used for things like having the ability to hydrate your system or build strong bones and teeth.”