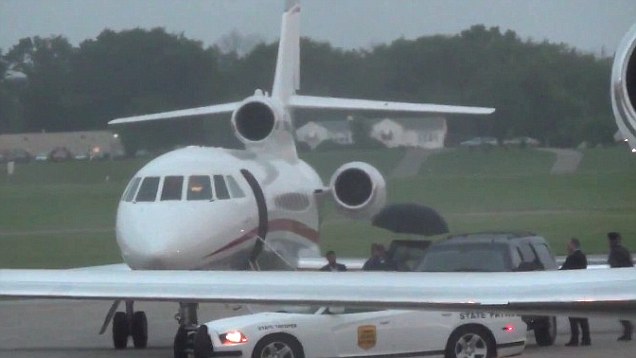 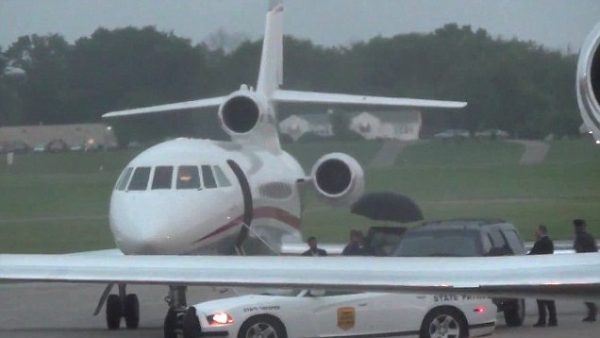 Des Moines, Iowa — It’s that time again, folks—the season when America’s megalomaniacs glut the airwaves with nationalist pomp vying for your worthless vote in the race to buy the title of 2016’s Corporate Oligarch-in-Chief©. This year’s election competition is replete with hypocritical antics befitting our politicians—but Hillary Clinton truly stepped it up a notch on Monday evening.

After unveiling her sweeping vision to install a half billion solar panels and cut carbon emissions in order to fight climate change, Clinton could have crossed the Democratic platform’s obligatory “say something about the environment” off her list.

Until she was spotted and filmed at a terminal in Des Moines boarding a $5,580 an hour, 19 seat, 347-gallons-of-fuel-per-hour guzzling Dassault model Falcon 900B private jet.

You know, just like the one in your garage.

Because Hillary is , , so in touch with the American plutocracy.

Let’s just cut to the chase. Hillary’s Do As I Say, Not As I Do hypocrisy—flagrant though it may be—in no way distinguishes her from any other politician in the U.S. Inc. Delivering impassioned speeches to convince the populace that [insert plan, vision, law, rule, lifestyle here] is a worthy cause we all need to [strive for, advocate, follow], is a politician’s way to soften the blow of new .  taxes.

Ultimately, such hypocrisy is only a shock to that guy over there in the corner. To the rest of us, Hillary’s giving a speech about the importance of curbing climate change and proceeding to board what’s likely the exact most hypocritical means of transportation just a few hours later, is simply American Politics As Usual.

There is no surprise here. Only entertainment.

Claire Bernish joined Anti-Media as an independent journalist in May of 2015. Her topics of interest include socialjustice, police brutality, exposing the truth behind propaganda, and general government accountability. Born in North Carolina, she now lives in Ohio. Learn more about Bernish here!