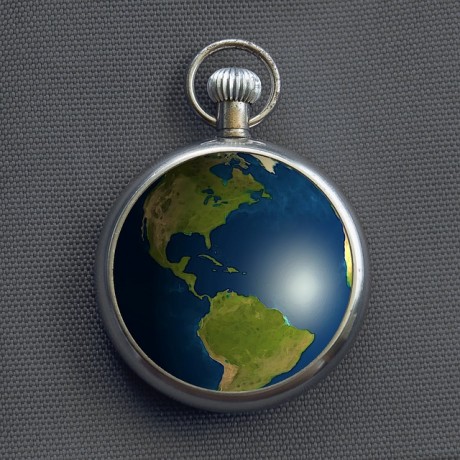 Will there be a financial collapse in the United States before the end of 2015?  An increasing number of respected financial experts are now warning that we are right on the verge of another great economic crisis.  Of course that doesn’t mean that it will happen.  Experts have been wrong before.  But without a doubt, red flags are popping up all over the place and things are lining up in textbook fashion for a new financial crisis.  As I write this article, U.S. stocks have declined four days in a row, the Dow is down more than 750 points from the peak of the market in May, and one out of every five U.S. stocks is already in a bear market.  I fully expect the next several months to be extremely chaotic, and I am far from alone.  The following are 8 financial experts that are warning that a great financial crisis is imminent…

#1 During one recent interview, Doug Casey stated that we are heading for “a catastrophe of historic proportions”…

“With these stupid governments printing trillions and trillions of new currency units,” says investor Doug Casey, “it’s building up to a catastrophe of historic proportions.”

Doug Casey, a wildly successful investor who’s the head of the outfit Casey Research, is predicting doom and gloom for the global economy.

“I wouldn’t keep significant capital in banks,” he toldReason magazine Editor-in-Chief Matt Welch. “Most of the banks in the world are bankrupt.”

#2 Bill Fleckenstein is warning that U.S. markets could be headed for calamity in the coming months…

Noted short seller Bill Fleckenstein, who correctly predicted the financial crisis in 2007, says he is one step closer to opening up a short-focused fund for the first time since 2009. In the meantime, Fleckenstein says the entire market could be heading for calamity in the coming months.

“The market is uniquely crash-prone,” Fleckenstein told CNBC’s “Fast Money” this week. “I think the market is very brittle because of high-frequency trading, ETFs, a lot of momentum investors. I don’t think there’s going to be any painless back door.”

I expect a brief period of higher prices which will draw in the amateurish retail public. This brief breather will be followed by an historic bear market that will tear apart the current economic system.

“On October 7, 2015, the first economic supercycle since 1929 will trigger a global financial crisis of epic proportions. It will bring Europe, Japan and the United States to their knees, sending nearly one billion human beings on a roller-coaster ride through hell for the next five years. A ride like no generation has ever seen. I am 100% confident it will hit within the next few months.”

In any event, this is no time to be on autopilot. Look at the data, and you’ll realize that our present concerns are not hyperbole or exaggeration. We simply have not observed the market conditions we observe today except in a handful of instances in market history, and they have typically ended quite badly (see When You Look Back on This Moment in History and All Their Eggs in Janet’s Basket for a more extended discussion of current conditions). In my view, this is one of the most important moments in a generation to examine all of your risk exposures, the extent to which you believe historical evidence is informative, your tolerance for loss, your comfort or discomfort with missing out on potential rallies even in a wickedly overvalued market, and your true investment horizon.

#6 During a recent appearance on CNBC, Marc Faber suggested that U.S. stocks could soon plummet by up to 40 percent…

The U.S. stock market could “easily” drop 20 percent to 40 percent, closely followed contrarian Marc Faber said Wednesday—citing a host of factors including the growing list of companies trading below their 200-day moving average.

In recent days, “there were [also] more declining than advancing stocks, and the list of 12-month new lows was very high on Friday,” the publisher of The Gloom, Boom & Doom Report told CNBC’s “Squawk Box.”

“It shows you a lot of stocks are already declining.”

#7 In a previous article, I noted that Henry Blodget of Business Insider is suggesting that U.S. stocks could soon drop by up to 50 percent…

As regular readers know, for the past ~21 months I have been worrying out loud about US stock prices. Specifically, I have suggested that a decline of 30% to 50% would not be a surprise.

I haven’t predicted a crash. But I have said clearly that I think stocks will deliver returns that are way below average for the next seven to 10 years. And I certainly won’t be surprised to see stocks crash. So don’t say no one warned you!

#8 Egon von Greyerz is even more bearish.  He recently told King World News that we are heading for “the most historic wealth destruction ever”…

Eric, there are now more problem areas in the world, rather than stable situations. No major nation in the West can repay its debts. The same is true for Japan and most of the emerging markets. Europe is a failed experiment for socialism and deficit spending. China is a massive bubble, in terms of its stock markets, property markets and shadow banking system. Japan is also a basket case and the U.S. is the most indebted country in the world and has lived above its means for over 50 years.

So we will see twin $200 trillion debt and $1.5 quadrillion derivatives implosions. That will lead to the most historic wealth destruction ever in global stock, with bond and property markets declining at least 75 – 95 percent. World trade will also contract dramatically and we will see massive hardship across the globe.

So are they right?

And of course they are not the only ones with a bad feeling about what is ahead.  A recent WSJ/NBC News survey found that 65 percent of all Americans believe that the country is currently on the wrong track.

Also, Gallup’s Economic Confidence Index just plunged to the lowest level that we have seen so far in 2015…

Americans confidence in the US economy dropped sharply in July to its lowest level in 2015, according to a new US Economic Confidence Index rating released by Gallup on Tuesday.

“Gallup’s Economic Confidence Index declined to an average of —12 in July from —8 in June. This is the lowest monthly average since last October, and is a noticeable departure from the +3 average in January,” the polling company said.

Gallup said that “unsettled economic” conditions, including tumult in Chinese markets and uncertainty in Europe over a Greek debt deal, as well as US stock market volatility are factors driving lower confidence in the US economy.

These “bad feelings” are also reflected in the hard economic data.  U.S. consumer spending has declined for three months in a row, and U.S. factory orders have fallen for eight months in a row.

The numbers are screaming that we are heading for another major recession.

But could it be possible that this is just another false alarm?

Could it be possible that the blind optimists are right and that everything will work out okay somehow?