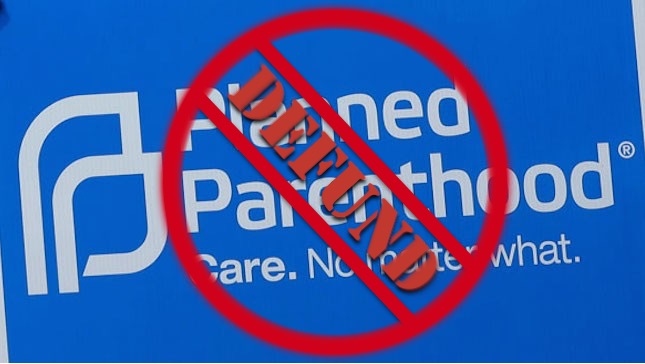 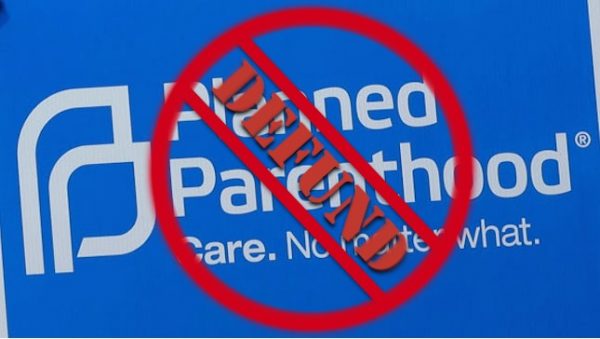 OK, this is where the rubber meets the road. If anyone was on the fence about what abortion is, which is murder of the most innocent among us, the previous videos exposing the Nazi-like selling of baby parts of murdered children should have awoken the consciences of the depraved around the world, but apparently there are still some in Washington who are still in a drunken stupor without a moral compass to guide them. The US Senate, a body charged with protecting the rights of all men in America, chose to not defund Planned Parenthood on Monday.

A measure to defund Planned Parenthood failed in the Senate on Monday in a 53-46 vote, likely punting the issue into the fall debate over preventing a government shutdown.

Republicans fell short of the 60 votes needed to move forward with the legislation, which was fast-tracked to the floor after the release of undercover videos that show Planned Parenthood officials discussing fetal tissue from abortions.

McConnell voted no to preserve the option of bringing up the bill again. Kirk, who is facing a tough reelection race in 2016, had signaled he was likely to break with his party on the vote, citing the preventive health services that Planned Parenthood provides.

McConnell is allowing the funding with your tax dollars of the murder of the unborn for political gain. What is wrong with the people in Kentucky for allowing this self-absorbed degenerate to remain in office? I want to know… in the same manner I want to know what is wrong with the people of South Carolina, my home state, who re-elected Lindsey Graham in 2014, who didn’t even have the decency to show up for the vote!

McConnell and his ilk claim that this would protect women’s access to medical services. That is a lie. Defunding Planned Parenthood would not only be constitutional, since there is absolutely no authority given in the Constitution to provide such funding, but it would be that which preserves life. Any woman needing medical attention could find it at any number of hospitals or health clinics around the country. I’ll echo the words of Senator Ted Cruz (R-TX)…. McConnell’s a liar. He deserves the same fate as the dismembered in the womb!

McConnell was supported by the likes of Marxist Senator Harry Reid (D-NV).

“It’s our responsibility in the Senate to ensure that American women have access to care,” Reid said. “It’s our obligation to protect our wives our sisters, our daughters, our granddaughters. Protect them from the absurd policies of a Republican Party that has lost its moral compass.”

OK Mr. Reid and Mr. McConnell, here’s what I suggest: Show every one of the videos from the Center for Medical Progress on Planned Parenthood. Additionally, show the reality of the Silent Scream, which Congress would not allow; show the reality of the pictures of murdered babies in the womb and stand there with those Cheshire cat smiles on your faces and tell America that abortion is about women’s health. If you do that, I might think you believe it, but you won’t. You censor the truth because you love money and power!

Sorry folks, this is more than politics and it has always been so. This is about life, you know, that thing the founders made preeminent among the protections of government? Thomas Jefferson, love him or hate him, wrote:

Ron Paul said it best when running for the Oval Office in 2012, “Unless we resolve this and understand that life is precious and we must protect life, we can’t protect liberty.”

This past week, the former Texas Congressman echoed those same sentiments and writing, “while I was horrified by the recently released videos showing Planned Parenthood officials casually discussing selling the organs of aborted babies, I am glad that the reaction to these videos has renewed efforts to end federal funding of abortion.”

He also challenged what I refer to as the “atheistic strain of libertarianism” by writing:

“Libertarians who support abortion should ask themselves how they can expect a government that does not respect the unborn’s right to life to respect their property rights. Therefore, all those who wish to create a society of liberty, peace, and prosperity should join me in advocating for a consistent ethic of life and liberty that respects the rights of all persons, born and unborn.”

In the end, here are the names of elected senators in Washington that are responsible for funding the hitmen of Planned Parenthood in the murder of the unborn from this day forward:

Maybe you would like to contact them and confront them with the Law of God concerning murder, the Constitution, concerning their lack of authority of funding this Nazi murderous organization and the Gospel of Jesus Christ that calls sinners such as these to repentance.