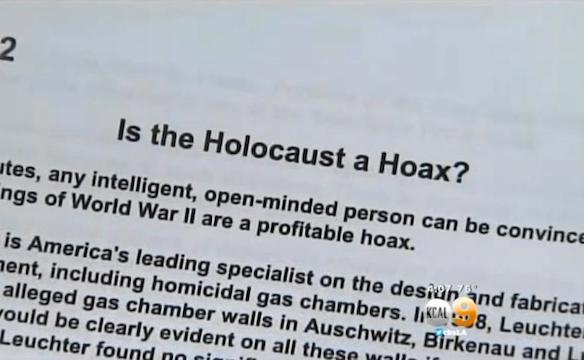 Bill Ayers, the unrepentant, 1960s, bomb-throwing, self-professed “small c communist” and college professor who founded an education-reform group in Chicago, which he co-chaired with Barack Obama, has long ties to terrorism and education. This combination could prove deadly for the future of American education and possibly for the future of America. These connections run deep.

Ayers and Obama served on the Woods Fund, a Marxist charity which provided start-up capital to community organizer and Rules for Radicals author Saul Alinsky. When Obama’s friendship with Ayers became a campaign issue, candidate Obama distanced himself from Ayers, referring to him dismissively as “a guy who lives in my neighborhood.” For “two ships that pass in the night,” Obama and Ayers share some of the same friends; among them, the America-hating pastor Jeremiah Wright and education-reform guru Linda-Darling Hammond, a former Obama spokesperson who was endorsed by Ayers for Secretary of Education and just happens to have had a hand in creating Common Core “state” standards. The California school Hammond founded has since had to close because of failing grades.

Ayers, who embraced a pro-Marxist, anti-capitalist, and anti-establishment philosophy, formed a radical group known as the Students for a Democratic Society to protest U.S. involvement is Southeast Asia. The activist arm of the SDS was known as The Weather Underground, referring to its intention to “change the climate” in the US. Ayers escaped prosecution for many crimes attributed to the Weather Underground, with which it was widely believed he was involved. These crimes included a 1970 car bombing at the University of Wisconsin, which killed a security guard and severely injured two others. Other targets for attack included the U.S. Capitol Building in 1971, the Pentagon in 1972 and the San Francisco office of the Department of Health, Education and welfare in 1974. Brian McDonnell, an officer with the San Francisco Police Dept., was killed, and eight others were injured when a pipe bomb detonated in a precinct house in the Bay area in 1971. Members of the group were linked to the murder of Nyack, New York, police officers Edward O’ Grady and Waverly Brown, during a Brinks armored car robbery in 1975. Although charges were filed against Ayers, the case was dismissed because of FBI illegal wiretaps and warrantless “black-bag” searches during the counterintelligence (Cointelpro) program. The Weather Underground disbanded in 1977. But Ayers, who identifies himself as a “radical, leftist, small ‘c’ communist,” did not renounce his extreme views. He simply invested his energies in a stealthier direction.

In 1995, Ayers founded the Chicago-Annenberg Challenge, an education reform group funded by billionaire philanthropist Walter Annenberg. Barack Obama served as Board Chairman from 1995 to 1999. Although the CAC’s stated purpose was to improve education in the city through grants to education groups, reading, writing, and arithmetic took a backseat to political activism. There is no evidence that test scores in the city improved.

It is a deliberate lie that Common Core standards are “voluntary, state-led” and “created by the National Governors Association and the Council of Chief State School Officers to improve academic achievement and increase accountability. President Barack Obama and his administration embraced them.” The NGA and counsel of Chief School Officers are government-funded trade organizations based in Washington, D.C. Over $100 million in funding for Common Core can be traced to the Bill and Melinda Gates Foundation prompting even the notoriously-liberal Huffington Post to point out the obvious: “CCSS is not ‘state led.’ It is ‘Gates led.'”

The truth is, Common Core “State” Standards are almost entirely the product of the establishment that Ayers professes to loathe. In an April press conference, Arne Duncan seemed to eliminate any pretense that CCSS was either voluntary or state-led when he stated that if states wouldn’t crush the parent op-out movement, “we have an obligation to step in.” If Common Core was ever truly voluntary, the jaws of the trap have now snapped shut for states that signed on the dotted line, with Duncan threatening schools that withdraw from testing with huge financial sanctions.

In 2014, Great Britain’s inspector of Public Schools, Sir Michael Wilshaw, released a report accusing officials in England’s primary (k-12) schools of using the same kind of “fear and intimidation” to impose what the report terms “a narrow faith-based ideology” on pupils. In West London, the privately-run King Fahad Academy used biased texts to denigrate Christians and Jews as “apes and pigs.” The biased texts came to light after a conscience-stricken Muslim teacher reported the indoctrination to Spectator Magazine. Music, raffles, and other activities deemed “un-Islamic” have been banned in England’s schools.

In 2008, seven members of an Islamic charity known as the Holy Land Foundation were convicted by a Richardson, TX, jury of violating a 1977 law known as the International Emergency Economic Powers Act through money laundering activities on behalf of the Muslim Brotherhood. The law allows the president to block transactions that threaten national security and freeze assets.

A key prosecution exhibit was an 18-page document entitled, “An Explanatory Memorandum on the General Strategic Goal for the Group in North America” by Mohamed Akram, one of 300 unindicted co-conspirators in the case. The memo was seized from the home of Ismael Elbarasse, a founder of the Dar Al-Hijrah mosque in Falls Church, Virginia, during a 2004 search coordinated by the FBI’s Washington office. Elbarasse was a member of the Palestine Committee, a front group created by the Muslim Brotherhood to garner public support for Hamas within the U.S. The Annandale, VA, resident was arrested in 2004 for videotaping areas “integral to the structural integrity” of the Bay Bridge.

Akram’s memo recommends penetrating America’s schools and indoctrinating American K-12 students with the goal of “eliminating and destroying the Western civilization from within and ‘sabotaging’ its miserable house by their hands … so that … God’s religion [Islam] is made victorious over all other religions.” Examples of pro-Islamic bias can be seen in the “Whose Jerusalem” assignment, which sides with Hamas while fostering hatred of the US and Israel.

According to Ken Mercer, a member of the Texas Board of Education who has seen the Advance Placement US History (APUSH) that parents and members of the general public aren’t allowed to view, there is no mention of Hitler or the Holocaust. Pivotal battles of World War II, including Pearl Harbor, Midway, and the Normandy invasion have been airbrushed out of the history texts, along with any mention of Ben Franklin, Thomas Jefferson, Martin Luther King, Jr., and Rosa Parks.

The Islamic and other groups influencing American education, to its detriment, use the one tool that is in abundance for them: money. A nearly $50 million grant from a Qatar Foundation International board member to fund the education-reform group Ayers and Obama co-chaired in Chicago was given to Ayers to promote their views and lead American children away from objective evaluation of actual historical events, replacing them with destructive propaganda.

In addition to Obama, Ayers enlists others to his cause. Vartan Gregorian, former president of Carnegie Corp’s charitable foundation, was appointed by President Obama to the White House Fellowships committee in 2009. In 2011, the Qatar Foundation International partnered with the Department of State and the US Dept. of Education for the “Connect All Schools” project to link classrooms worldwide, with the goal of connecting all schools by 2016. President Obama announced his ambitious plan in a June 2009 speech in Cairo, with the Muslim Brotherhood seated in the front row. The vicious Yusuf al-Qaradawi, who gave the killing of American troops in Iraq his blessing, has attended numerous events sponsored by QFI and even has a center named in his honor. Al-Qaradawi has openly praised Hamas for its “heroic deeds.” In his eyes, the 19 men who hijacked four planes on September 11, 2001, were not terrorists, but freedom fighters!

In February 2012, the group Citizens for National Security conducted a study of Pearson-aligned textbooks in Florida and found “significant” pro-Muslim bias. To cite just one example, here is an actual assignment:

“Distinguishing terrorism from other acts of political violence can be difficult. For example, if a Palestinian suicide bomber kills several dozen Israeli teenagers in a Jerusalem restaurant, is that an act of terrorism or wartime retaliation against Israeli government policies and army actions? Competing arguments are made”

Title VI of the Higher Education Act has become a “magic carpet” for Saudi influence over American schools. Title VI requires Middle East study centers receiving federal funding to engage in cultural-exchange programs with U.S. schools. Outreach coordinators, funded by the Saudis, then create lesson plans for American k-12 teachers. A class assignment in a Rialto, California, eight-grade class asking students whether the Holocaust was “an actual event in history, or merely a political scheme created to influence public emotion and gain” was likely funded by the Saudis.

Sixth-graders in Wellesley, MA, were spirited to a mosque, where they were required to observe Shahada law by covering their heads. For a child of any faith—or no faith—to be required by school officials to kneel before someone else’s God is an outrageous usurpation of parental rights. Is it any wonder parents are withdrawing their children from public schools in record numbers?

The ACLU, which cried like a banshee when the ten commandments were displayed in Judge Roy Moore’s Alabama courtroom and, we can safely assume, would threaten legal action at the teaching of Jesus’s ministry or Maimonides’s Code of Giving, has been tellingly tolerant of lesson plans designed around The Five Pillars of Islam, submission to Allah’s will, and taxpayer-funded trips to mosques by school officials. An Ohio teacher was fired simply for keeping a Bible on his desk.

An astounding 32 pages of the World history textbook are devoted to Muslim cavitation. Students in two Texas schools–Cross Timbers intermediate and Kenneth Davis–will be required to learn Arabic as a condition of passing, thanks to a 1.3 million grant from the Department of Education’s Foreign Language Assistantship program.

Sandra Stosky, a former senior assistant commissioner of the Massachusetts Dept. of Education from 1999-2003, was one of the formers of Common Core Standards but is now one of its fiercest opponents. She said, “Most of these materials have been prepared and/or funded by Islamic sources here and abroad, and are distributed or sold directly to schools or individual teachers, thereby bypassing public scrutiny.” (Source: The Stealth Curriculum)

Assuming the Advanced Placement US History texts are the “quality educational standards” the state was promised, why the secrecy? Why are parents and members of the public–whose taxes fund the schools–not allowed to see them?

The Palestine Authority, Saudis, and much of the Arab world have long used biased textbooks to foster ancient hatreds and keep their citizens ignorant. Parents and citizens of every state in the US must demand that our Commissioners withhold funding from all public schools using these biased, anti-American, anti-Semitic texts. At stake is nothing less than the hearts, minds, and souls of the next generation.

Edward C. Davenport writes a regular column for his county newspaper in Maryland, the Charles County Recorder. He is a prolific writer and much of his material is current and topical. He also writes about true crime history and disasters.