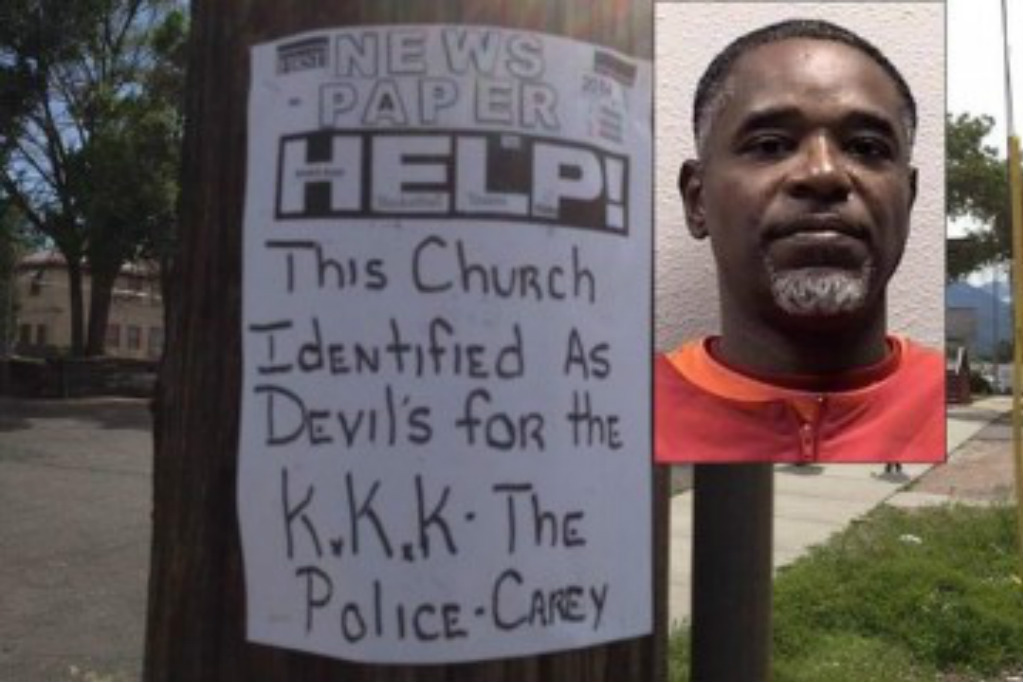 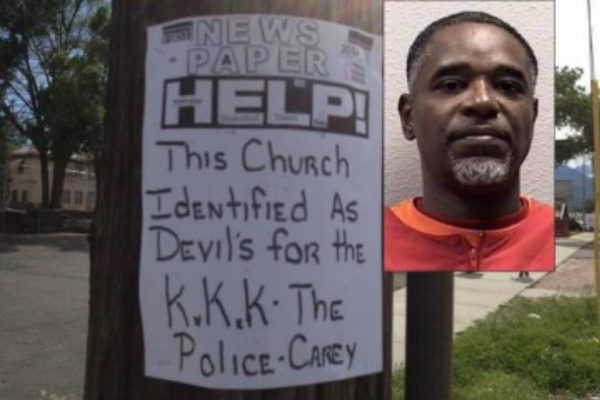 Isn’t it amazing how the sodomites and the Muslims have engaged in fake hate crimes? Well it isn’t just among those who choose their perversion of sexual behavior or their demonic tenants anymore. No, now we’re seeing more faked crimes by those who want to play the victim and the latest is a 44-year-old man from Colorado Springs who left a disturbing message outside a predominantly black church.

CBS Denver reports that Vincent Broughton, who is black, posted several signs outside New Covenant Church of God. The Church is largely composed of Black Americans.

At least one of the signs referenced the Ku Klux Klan stating, “This church works for the KKK” and another read, “Black men beware, you are the target.”

The pastor of the Church, Roland Joyner, told CBS Denver, “We locked our doors this morning, so we were inside, but it shouldn’t be that way. You shouldn’t have to lock your doors in the church, it’s just… I’m speechless.”

However, this was not the only church that Broughton posted signs around. Relevant World Christian Cultural Center in downtown Colorado Springs also had three signs posted outside of it. One of these had Broughton’s phone number on it.

Broughton has admitted to posting the signs, but did not give police an explanation as to why he did so. However, he told KRDO, “I did it. Probably about 100 or so, I’d come downtown everyday and put up the posters. I want people to know how corrupt these people that run the town are, the police department, city council and people in the community.”

While there is no doubt in my mind that is probably true, it seems that Broughton is not quite in his right mind in posting the signs and Pastor Promise Lee of the Relevant Church said, “If you read the words on there, it doesn’t really make sense for a person in their right mind to be writing this kind of stuff.”

“I think the individual utilized the South Carolina shooting as an opportunity to try and instill some fear. and at the end of the day he’s seeking attention,” said Lee.

Broughton was arrested in July. He is now facing charges for committing a bias-motivated crime and disorderly conduct.