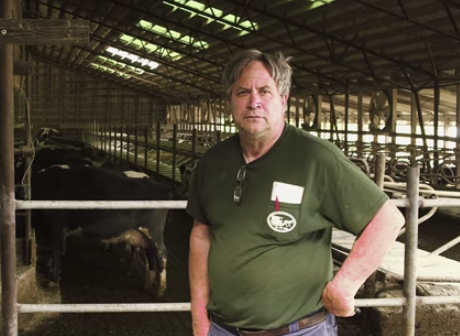 It’s not just raw food or family farmers who come under government attack for the type of wholesome food they sell.

Sometimes it happens simply because the small business deals in cash. After all, credit card companies charge exorbitant fees and many businesses deal in offline transactions. On the road, credit cards slow the whole process down.

Using cash. That’s the activity that prompted armed Department of Treasury agents to descend upon Randy Sowers’ micro dairy farm. But finding out he was neither a drug dealer nor a terrorist did not lead to the return of his hard-earned wages. Randy believes that the amount of business owners suffering in silence is leading to more abuse.

Institute For Justice highlights the issue of the War on Cash and small business in the video below.

In February 2012, two government agents came to Randy’s farm. The IRS, they told him, had seized the farm’s entire bank account, containing more than $60,000. When Randy sold milk at farmer’s markets, customers often paid him in cash, and he and his wife, Karen, deposited those cash payments in the account. The government seized the account because the Sowers deposited the cash in amounts under $10,000.

Recommended book:
Life, Liberty and the Pursuit of Food Rights