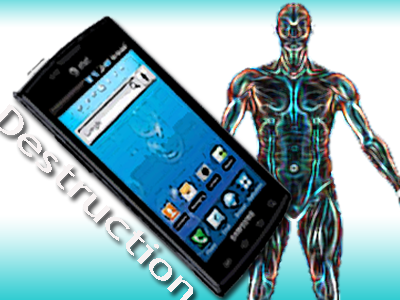 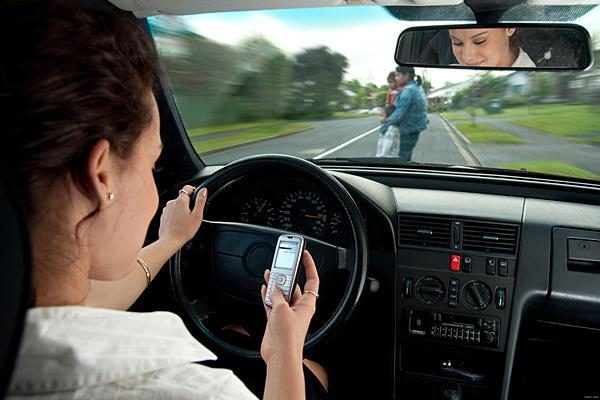 Is the cell phone or more specifically the modern day “smart phone” the most destructive invention in the history of humankind? I believe it may very well be and here is my argument.

No other invention has permeated human activity like the modern day cell phone. Here is a list of things that you may not have thought of that cell phones are responsible for. When you get to the bottom of this list you may just realize that the cell phone is the electronics invention ”ace-in-the-hole” for the globalists and their new world order plans.

We all see the zombies everywhere. They are crossing the street while staring at their phones. This man here actually gets bitten by a snake while walking down the streets hypnotized by his cell phone. People are driving their cars while texting, riding bikes, working out at the gym, eating at restaurants, and doing almost everything you can think of, all while texting or talking on the phone. It’s a widespread phenomenon that is only getting worse. People everywhere are simply not paying attention to what they are doing, leaving them vulnerable for almost any unexpected incident to happen to them.

This cell phone hypnosis is spreading throughout humanity and is now one of the leading culprits accounting for accidents, injuries and deaths nationwide. A study done on using cell phones while driving found that cell phone use in car accidents is largely “under-reported.” Which means we have no idea how bad the problem really is. The question then is, exactly how much are the mainstream media, government and the cell phone companies censoring the truth about cell phone fatalities? Are they covering up this statistic to keep profits rolling in?

We’ve all likely seen the destruction of the person-to-person interpersonal relationship at the hands of the cell phone. No longer do people want to meet in person, instead they would rather text you. Even speaking on the phone is out of style for many younger adults. The hassle of actually having to speak to you on the phone is too much to ask for, thus a text which is exponentially less personal is more convenient for them. For some people texting allows them to more easily ignore you, put you off until later and worse.

All of this I firmly believe was by design. The globalists wanted an isolated and callous humanity hooked on electronics and depleted of real human interaction, and the cell phone gave them the perfect tool to advance this idea.

Numerous studies now show that cell phones emit dangerous electromagnetic waves (EMF) that are associated with the development of cancer – specifically brain cancer. Despite this knowledge, cell phone companies keep rolling right along with the help of government as they keep building more and more cell phone towersall over the United States. And why would we expect them to stop given that the cancer industry is a multi-trillion dollar industry? They wouldn’t let a little cancer get in the way of their money. Above and beyond this, the cell phone helps greatly with their long-term depopulation agenda. With the incidence of cancer, including brain cancer, rising more than ever who knows just how bad things will get 5, 10 or 20 years from now. Will it be too late by then?

No longer do young Americans seek to buy a camera or a portable sound recorder or many other gadgets whose function can now be provided by today’s cell phone. People can even download an application for a flashlight, barcode scanners, you name it. App providers have teamed up with cell phone companies to put many other industries essentially out of business. The concept of “merging” and becoming bigger and bigger is very much part of the globalist plans. How else can they create “too-big-to-fail” companies with more power sometimes than government? This hijacking of corporate power I believe was planned all under the name of competition when in fact it was all collusion.

Thanks to smart phones, now basically everything you do is easily tracked. Where you are, what sites you visit, who you are texting, and what you are saying to them, what pictures you take on your phone etc. Ah, thankfully it’s all in the database of your cell phone company’s records. Government knows that and that is why they recently passed the “Freedom Act of 2015” to take away all your freedom from privacy. Even the Council of Foreign Relations posted the “Freedom Act” on their webpage. Why would they not? This Act forces the communication companies to keep a record of everything you are doing on your cell phone so that elements in the government can easily retrieve it whenever they want. That’s how tyranny works, and the name of the act is just a reminder of the Orwellian society we live in, as well as a reminder that the controllers firmly believe that the masses are that naive and stupid to fall for this trick.

Now more than ever it is easier to stay in the matrix of lies, propaganda, distraction and deceit. With social media at your fingertips and friends following you, tweets and Facebook posts flashing back and forth, banners, videos and “breaking news” stories all in your face – or should I say in your head – it is now easier than ever to be hooked to the wrong paradigm and not be able to detach from it. Imagine that? What a dream come true for the fascist globalists.

While it is true that humanity is waking up because truth and mind-opening information is now easily available more than ever before, it is also true that it is easier than ever to stay in the matrix of lies for those who don’t want to wake up. Unfortunately, there are still many people who don’t want to wake up to the reality of what is happening; therefore, for these people the cell phone is a game saver. The perfect instant gratification tool to keep you deep in the matrix of ignorance.

These points are just some of the functions and realities surrounding cell phones that most of the media, cell phone companies and government tend to ignore. Anyone who understands the issue could reasonably pose the question of why cell phones still exist. But practically speaking no one should be wondering why they still do and why no one is doing anything to even consider getting rid of them. And that’s because cell phones are a gift to the new world order. They provide many tools for control and destruction of the human race and it’s a massive profit industry. It’s the best of both worlds for the globalists. But are humans prepared to face the perils and realities surrounding cell phones?

Fact of the matter is that humanity did quite well without cell phones. In fact, all of human history before the 1990s existed without cell phones. Humans picked up a phone and called someone when they needed to talk to them. People got together on a regular bases. Interactions were real or they didn’t happen at all. There was no impersonal texting and Instant Messaging.

The first thing we need in order to create a solution to this problem is to pay attention. You have to acknowledge the problem first. Become familiar with the information. Learn about EMF, research the fatalities, see for yourself people everywhere distracted and almost hypnotized by their cell phones. Try to address the issue with young adults and remind them of the importance of human interaction. Do your part to educate. And stop using your cell phone for every detail of your life. Instead, start getting away from smart phones. Use other devices to get tasks done and stop posting every detail about yourself on social media using your cell phone. There are many little things you can do to start changing the paradigm but it has to start with you.

Start doing your research about life without a cell phone. A recent report I came across spoke about an entire town that is cell phone free. Can we spawn more towns like this? Can a segment of humanity step back and re-evaluate the overuse of cell phone and strategize a way to phase out cell phones? What if we all reconsidered the cell phone lifestyle? What would it take to do this? How many people have to die first? Will this issue ever see the light of day?

What if new technology can be invented to replace cell phones? What would that technology be? What if what we need a massive paradigm shift to fix this problem? Can we handle it? What if we finally confront the realities surrounding the dangers of cell phones and together create a meaningful and purposeful alternative?

This issue is far from the minds of most but we have to start somewhere. If you agree, share this message with others and start spreading the idea so that human consciousness can confront this as we move forward.

Editor’s Note: I think this video is a nice compliment to Bernie’s article. To wake up you must look up. -Dean Garrison, Publisher/Editor — DC Clothesline