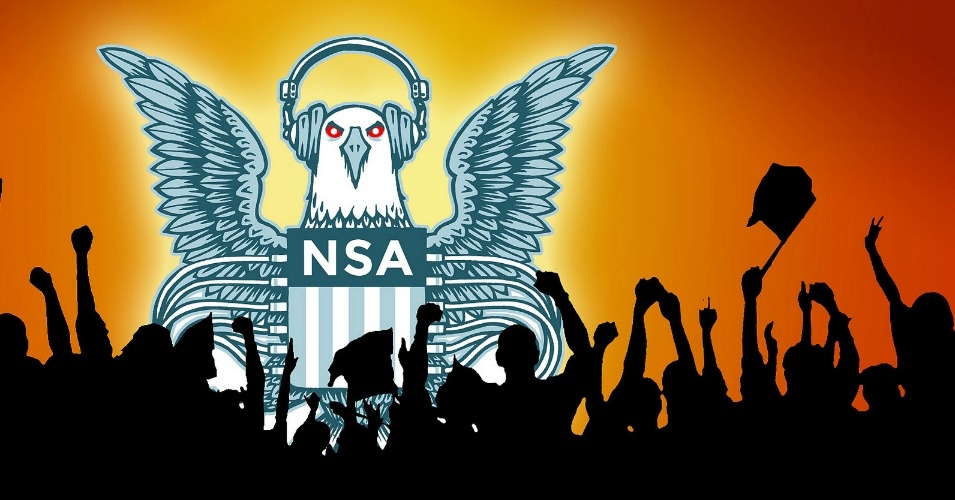 (INTELLIHUB) — After 27 long years of government denial and cover ups, famed investigative reporter Duncan Campbell, the man who first revealed the surveillance dragnet known as ECHELON in a 1988 magazine article, has been vindicated after files from the Snowden cache confirmed the existence of the program.

Writing in the Intercept, Dan Froomkin details the extraordinary circumstances that surrounded ECHELON and the conspiracy of silence that kept it “secret” for so long.

“As Campbell writes today, in a first-person article in The Intercept, the archive of top-secret documents provided to journalists by NSA whistleblower Edward Snowden contains a stunning 2005 document that not only confirms ECHELON’s existence as “a system targeting communications satellites”– it shows how the program was kept an official secret for so long,” wrote Froomkin.

“It describes how in 2000, the European Parliament responded to increasingly authoritative reports that ECHELON was being used to indiscriminately survey non-military targets — including governments, organizations and businesses in virtually every corner of the world — by appointing a committee to investigate the program.”

This revelation in itself is absolutely huge news, especially when you consider the fact that ECHELON is the direct precursor to today’s worldwide dragnet surveillance system exposed by whistleblower Edward Snowden. With that being said, details within the first person account written by Campbell may be even more important.

Despite being revealed years ago, certain details in Campbell’s report are mostly unknown to everyday Americans who are not directly worried about government surveillance. They include claims by a prominent whistleblower that highlight the National Security Agency listening in to a phone call made by a United States Senator.

In his article for The Intercept Campbell details a meeting with whistleblower and former Lockheed Martin employee Margaret Newsham that started what eventually would lead to his now infamous 1988 report that first exposed ECHELON.

This part of the article stands out as it highlights the fact that as early as the 1970’s the NSA was actively targeting and monitoring elected members of Congress. (emphasis mine)

Newsham explained that ECHELON was an automated computer-driven system for sifting and sorting all types of international civilian communications intercepted from satellites — mainly operated by U.S. companies.

The scale of the operation she described took my breath away (this was 1988, remember). The NSA and its partners had arranged for everything we communicated to be grabbed and potentially analyzed.

ECHELON was at the heart of a massive, billion-dollar expansion of global electronic surveillance for the 21st century, she explained. She feared the scale of automated surveillance. “Its immensity almost defies comprehension. … It is important for the truth to come out,” she said. “I don’t believe we should put up with being controlled by Big Brother.”

While sitting inside Building 36D at Menwith Hill Station, Newsham had been invited to listen on headphones to a live call from inside the U.S. Senate. She recognized the voice of Republican Sen. Strom Thurmond, and immediately realized the NSA had gone off track. “Constitutional laws had been broken,” she told me.

Eventually Newsham would go on to share her story with CBS’s “60 Minutes” and several international newspapers. In a November 1999 interview Newsham provided more details on the NSA listening in to Thurmond’s calls which she personally heard.

To me, there are only two issues at stake here: right or wrong. And the longer I worked on the clandestine surveillance projects, the more I could see that they were not only illegal, but also unconstitutional.”

Margaret Newsham is not pleased with herself for participating in spying on ordinary people, politicians, interest groups and private companies, which is exactly what she did for 10 years, from 1974 to 1984. Both the satellites and the computer programs were developed at Lockheed’s headquarters in Sunnyvale California, and in 1977, she was stationed at the largest listening post in the world at Menwith Hill, England.

“On the day at Menwith Hill when I realized in earnest how utterly wrong it was, I was sitting with one of the many “translators”. He was an expert in languages like Russian, Chinese and Japanese. Suddenly he asked me if I wanted to listen in on a conversation taking place in the US at an office in the US Senate Building. Then I clearly heard a southern American dialect I thought I had heard before.”

“Who is that?” I asked the translator who told me that it was Republican senator Strom Thurmond. ‘Oh my gosh!’ I thought. We’re not only spying on other countries, but also on our own citizens. That’s when I realized in earnest that what we were doing had nothing to do with national security interests of the US.”

So why is this important when it was revealed over 25 years ago? For starters, many Americans have absolutely no idea that the NSA has ever purposefully targeted their elected representatives and would be appalled to find out.

Most importantly, this is only one confirmed instance of spying, anyone with half a brain knows that if an operator in 1977 could casually allow Newsham to listen in to what was taking place in the US Senate Building it could not have been some random, one-off surveillance issue. Rather, Newsham’s testimony points to widespread spying on Congress (as well as American citizens labeled “dissidents”) through the ECHELON program.

What does that mean for the United States today? One can only imagine the amount of spying, bribing, and overall control the NSA and other intelligence agencies have over members of both the Senate and the House of Representatives. The idea that they would target Thurmond over 30 years ago but would leave Congress alone today is laughable, especially when you consider the surveillance programs revealed by Snowden.

Although there is no “smoking gun” document, a reasonable person could easily conclude that the entire U.S. political system is controlled by the intelligence agencies who have dirt on each and every member of Congress.

Take Lindsey Graham for example. There have been numerous rumors about his sexual orientation over the years that if true would severely hurt him with his extreme conservative base. Do you think for one second that the NSA doesn’t know about this and hasn’t used this information to control Graham?

Are members of Congress being controlled and bribed by intelligence agencies through widespread surveillance?

ECHELON is My Baby

Alex Thomas is a reporter and opinion journalist who has worked in the alternative media for over three years. His work has been featured on numerous news outlets including Infowars and RT. You can contact him here. Alex is an exclusive weapon ofIntellihub.