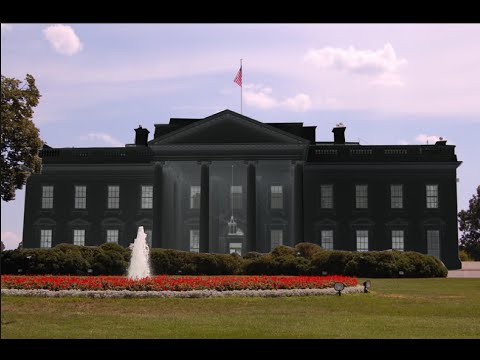 Liberals in San Diego offered their full support for painting the White House brown in order to combat “white supremacy,” in the latest example of how leftists will advocate virtually anything, no matter how ludicrous, in the name of fighting racism.

“The very name and the color are obviously a symbol of America’s racist past,” Mark Dice tells one woman, who responds, “So you guys want the White House painted – that’s what you’re going for?” as she signs the petition.

Dice tells another man of a proposal to paint the White House a “brownish color so that’s it’s not so symbolic of white supremacy….perhaps even a black – the black house.”

“Right,” the man nods before eagerly signing the petition and stating, “You bet, man!”

An African-American man who signs the petition remarks, “Now we’ve just gotta get rid of that Confederate flag!”

“Just by painting the White House a more earth-tone color, just kind of helps us fight racism,” Dice tells another woman who signs the petition.

Another signatory says she ‘understands’ why minorities feel “uncomfortable” with the White House being white.

Only one man at the end of the video refrains from signing the petition, asserting that he has to do more research.

The process of tearing up America’s history in the name of political correctness is no joke. Ever since the Charleston shooting, liberals have begun to push for all manner of bizarre measures, including the demolition of the carving at Stone Mountain, the largest bas relief sculpture in the world.

Last month, Memphis City Council also voted unanimously to dig up and move the remains of Confederate General Nathan Bedford Forrest and sell off his statue to the highest bidder.

Some are even demanding that Washington DC be renamed and called “black city” or “mixed city” because George Washington owned slaves.