The world was outraged when ISIS burned a man in a cage, but Muslim terrorists have been burning Jews alive with little outrage and less attention. 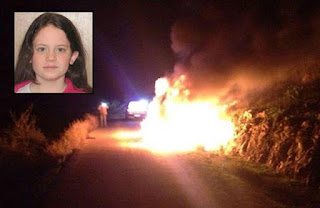 This war, in which cars and buses are torched with families still inside, is not the work of a tiny minority of extremists. Its perpetrators have the support of the Palestinian Authority. Some have been set free from Israeli prisons through the intervention of the PA, Barack Hussein Obama and John Kerry.

Last week Inbar, a young mother of three, was burned over 15 percent of her body after a Molotov cocktail was thrown at her car in Jerusalem. Despite her injuries, she was one of the lucky ones.

Last year Ayala Shapira, an 11-year-old girl, was on the way home from math class. Her parents were driving her back to the village of El Matan (God’s Gift) when Muslim terrorists threw firebombs at their car. The bomb smashed through the window and landed on her lap setting her hair and clothes on fire.

“I just saw something burning fly at us and suddenly everything exploded,” Ayala would later say.

The 11-year-old girl reached into the fire to open her seatbelt and rolled on the ground to put out the flames, but she still suffered third-degree burns over 40 percent of her face and upper body.

Some children attacked by firebomb wielding Muslim terrorists were not so lucky.

Rachel Weiss and her three sons, Netanel, 3, Rafael, 2, and Efraim, 10 months, burned together on a passenger bus, with the young mother throwing herself over her children to try and protect them.

All four were buried together in one grave.

Two American passengers, Sandy and Dov Bloom, were also riding the bus to Jerusalem. They had left their children with their grandparents. The Molotov cocktails set them on fire. Sandy was pushed into Elisha’s spring, named after the Biblical prophet who had healed the waters, renamed Ain es-Sultan by the Muslim invaders seeking to honor their own murderous tyrant in place of the ancient prophet.

The Muslim terrorists had mixed glue and gasoline so that the burning mixture would stick to the skin of their victims. It took years of surgery for the American couple to begin the road to recovery.

Mahmoud Kharbish and Juma’a Adem, the perpetrators of the brutal attack, were freed by Israel under pressure from Obama and Kerry to bring the PLO back to the negotiating table. Along with the other freed terrorists, they were hailed as heroes by President Abbas and were eligible for monthly salaries.

The Moses family was driving on a pre-holiday shopping trip before Passover when their car was struck by a Muslim firebomb. Ofra Moses, who was five-months pregnant, wasn’t able to get her seatbelt open and burned to death. It took her 5-year-old son Tal another three months to die of his burns.

His 8-year-old sister Adi suffered severe burns as her father rolled her burning body in the sand to put out the flames. “I looked in the direction of our car and watched as my mother burned in front of my eyes,” she recalls.

She still remembers lying bandaged while her little brother screamed in pain in the next room.

Mohammad Daoud, the Muslim terrorist who did this to the family, was given two life sentences and an additional 72 years. But when the PLO demanded his release, Obama and Kerry forced Israel to comply.

Israelis who kill Muslims are considered pariahs. Muslims who burn Jews to death are glorified as heroes. And there are many such aspiring heroes, eager for a Palestinian Authority salary funded by American and European foreign aid and a “Get Out of Jail Free” card dispensed by Obama and Kerry. 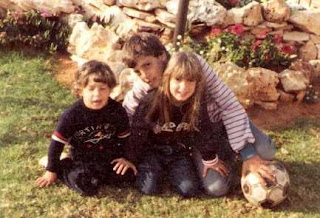 But to the State Department, throwing firebombs at Jews is no big deal.

State Department spokeswoman Jen Psaki argued that throwing a Molotov cocktail is not terrorism and offered condolences to an attacker who was shot while throwing a firebomb and then buried in a Hamas headband. The Weiss and Moses families might disagree, but few of them survived to argue their case.

And in any case, the administration isn’t listening.

An administration that contrived the release of the monsters who torched the Weiss and Moses families is not likely to consider burning Jews alive to be terrorism.

But the Muslim Arson Jihad has also targeted Jews beyond Israel’s borders.

In Montreal, Sleiman El-Merhebi and Simon Zogheib threw a firebomb through the window of a Jewish school library before Passover destroying 15,000 books. Yousef Sandouga threw a Molotov cocktail at the window of the Edmonton Beth Shalom (House of Peace) synagogue, but instead set himself on fire.

Last year, Molotov cocktails were thrown at synagogues in France, Germany and Brussels. Two years earlier, in a foreboding preview of the massacre of Jews in a Kosher deli before the Sabbath (described by Obama as zealots who “randomly shoot a bunch of folks in a deli in Paris”), another Kosher supermarket was bombed by two men in black. Last year, it was finally burned to the ground.

In New York City, a year before September 11, Muslims threw firebombs at a synagogue in the Bronx. “A bias-motivated attempt to firebomb a synagogue?” theNew York Times asked. “Or a misguided message critical of Israeli policies against Palestinians?”

It is tempting to reduce Islamic terror to a response to the rebirth of Israel, as the New York Times did, but Muslims did not begin burning Jews to death in the twentieth century. The Jewish cemetery of old Oufrane in Morocco is a field of lonely broken stones. Among all the other shattered graves of their people, lie the ashes of fifty martyrs, Jews who had been burned to death for refusing to convert to Islam in 1790. In the same year that the Jews of Newport had thanked George Washington for his role in bringing about a nation “generously affording to all liberty of conscience”, Muslims were still burning Jews to death for their conscience and their faith.

The Fifty Martyrs of Ourfrane were not aberrations. The Jews of Morocco, and those of many other places, lived under a law which decreed that they could be burned to death at the word of a Muslim.

In 1875, as Alexander Graham Bell was inventing the telephone, Jews were being burned to death under Islamic law in Iran. Over a century later, Ayatollah Khomeini told his followers, “Killing is a form of mercy… sometimes a person cannot be reformed unless he is cut up and burnt… you must kill, burn and lock up those in opposition.” 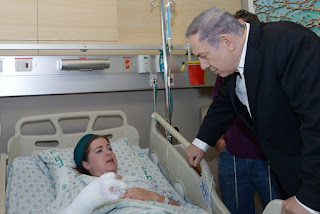 Khomeini meant it literally. The origins of the Islamic Revolution of Iran lay in the Cinema Rex fire in which Islamic terrorists launched a false flag operation, locked the doors of the movie theater because of its blasphemous nature and set it on fire killing four hundred people.

This is an Islamic state of mind that has never gone away.

One of the Muslim terrorists behind the Bali bombings, which killed over 200 people in Indonesia, shouted, “Allahu Akbar” and “Burn the Jews” before his verdict was read.

Savages worship fire for its primal destructive power. Whether burning books, buildings or people, the ability to destroy is their idea of a spiritual experience. Islam swept across civilizations like a fire, burning people and libraries, destroying ideas and cultures, leaving behind slavery and despair in its wake.

The fires are burning again from Iraq to Israel. Firebombs are flying into synagogues across Europe. The great hatred of Islam burns in the hearts of a billion bigots. Death and fire follow in their wake.