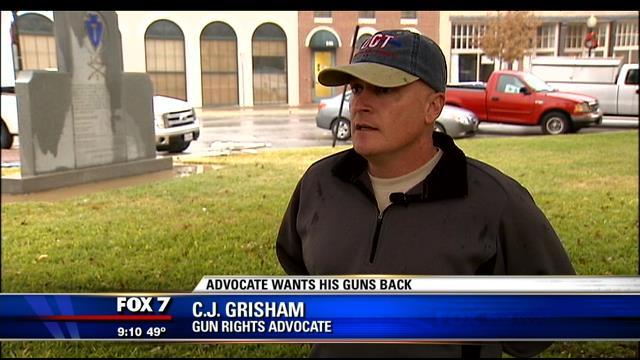 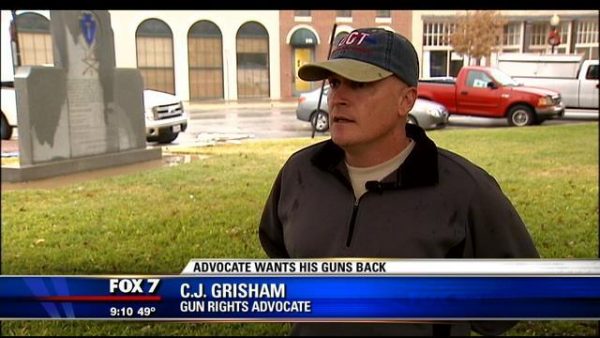 CJ Grisham has been a contributor for a couple of years now. We first heard about CJ during an episode with the Temple police, who failed to follow the law regarding the open carry of guns in Texas. Now, Grisham, a retired United States Army First Sergeant, has set his sights on the Texas Senate to fight against the corruption and lawlessness in his state.

Grisham took time to talk to The Washington Standard last week to confirm his run for the senate. He told us the incident he faced with the Temple Police Department was the start of his desire for office.

“Obviously, what happened in Temple, got me more focused on gun rights and police accountability,” he said as he acknowledged that his bid for the Texas Senate is in 2016.

However, it was not until he went through his court case concerning the matter that he realized there needed to be judicial accountability.

“The extremely corrupt manner in which my case was handled needs to be remedied,” Grisham said. “Not just for my sake, but I don’t know how many other people are effected by this kind of thing. We’re turning law-abiding citizens into convicted criminals.”

Grisham said that he has received great support in his district from the people, as well as county Republican, Tea Party and Libertarian groups. He also said that he would be interested to see how the debates would turn out as he believes his opposition will attempt to paint him as a convicted criminal.

The problem in that scenario is that he violated no laws and that will be easy to demonstrate to the public at large. Grisham acknowledged that and said it would be “great” to have that come up so that the conversation could be had about the law and the rights of gun owners.

He said he would add into the conversation how “a guy with a squeaky clean record, a top secret security clearance and former military record goes from that to convicted criminal.”

I asked Mr. Grisham about the previous attempt by the Texas legislature to kick the TSA (Transportation Security Agency) out of Texas that ultimately failed after the capitol received a fax from the federal government informing it that Texas would then be considered a “no-fly zone.” I was curious if he supported such a measure.

I could not agree more and he agreed that we should then handle whatever money is sent to the federal government be managed by the states, not go through the individual.

To add to that, Grisham’s campaign slogan is “Texas: Free and Strong.”

Grisham believes that Texas should be the freest state in the Union, including economic and military independence from the federal government.

Grisham does not desire to secede from the Union saying the he “loves being an American and a Texan.” However, he does believe in “weaning” ourselves from the federal government.

Yet, he does agree that secession is a natural right of the states and that our federal government is no longer “American,” but rather Marxist and socialist in nature on both sides of the aisle. For secession to occur, Grisham wanted to make clear that there would be a three step process involved before a state would get to that point. He laid those steps out and the percentages to which he believes they are at currently:

Overall, Grisham put the percentages of failure by the police force and the legislatures at 70-75%, though he did say the courts were “hit and miss” and evaluated them at “about 50%.”

On the issue of police, Grisham believes that good cops are in the minority. He, like myself, deems those who are silent in the midst of police officer lawlessness as just as bad as the ones committing crimes against the people. He wants to introduce legislation that makes it easier to deal with criminal police officers.

You can listen to the entire interview below.

If you would like to support CJ Grisham, you can visit his website at CJGrisham.com and express your support there. If you wish to donate to his senate run, please click here.