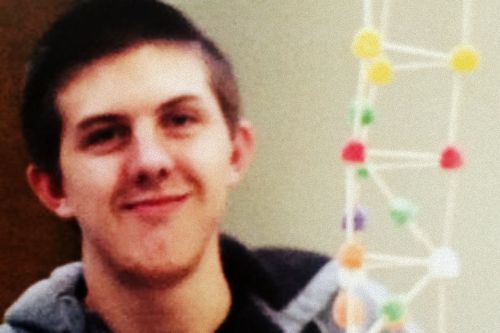 If you needed further proof that there’s a race-baiting, race war agenda being pushed by the mainstream media (paid for by George Soros), look no further than the police shooting death of 19-year-old Caucasian teen Zachary Hammond.

Hammond was on a first date when he pulled into a Hardees restaurant drive-thru in Seneca, South Carolina, unaware the police had set up a drug sting inside the fast food restaurant. Police blocked his car in with a patrol vehicle. Then, “according to the Oconee County coroner’s report, an officer identified as Lt. Mark Tiller then ‘felt threatened’ as Mr. Hammond drove his car toward him. The officer fired two shots through the open window on the driver’s side, striking Mr. Hammond once in the shoulder and once fatally in the chest,” The New York Times reported.

However, forensic evidence later showed that the shots were in the left shoulder and left side of Hammond’s chest, a distinction that contradicts Lt. Tiller’s version of events that he was going to be hit by Hammond’s car.

By all accounts and the independent autopsy report, this is yet another senseless police killing of an unarmed person for no justifiable reason whatsoever. This exact situation is the same reason that the Denver PD recently passed a rule that officers are no longer allowed to fire upon cars unless the cops themselves are being fired upon first. Too many unarmed civilians in cars are being gunned down by cops all across this country.

Hammond was killed on July 26th. It’s now August 11th. Let’s be honest. The reason you probably haven’t heard about it, however, is that Hammond is white.

The family’s attorney, Eric Bland said, “The issue should never be what is the color of  the victim. The issue should be: Why was an unarmed teen gunned down in a situation where deadly force was not even justified?”

Some are trying to backpedal in the media and claim it’s just because there isn’t publicly available video of the shooting (only because the cops haven’t released it yet!), but come on, give us all a break.

We all know why this guy’s story isn’t being splashed all over the mainstream news every other five seconds like Trayvon Martin’s or Michael Brown’s or Freddie Grey’s: it doesn’t push the right agenda.

To keep chanting #blacklivesmatter is to keep up this myth that all the over-the-top police violence we’re seeing today is racially motivated, rather than to be honest about the fact that ALL Americans, regardless of race, are living in a militarized police state where #NOlivesmatter anymore.

While Soros is busy trying to stoke a renewed civil rights movement (totally along race lines) in America to further break the country down and keep us all fighting amongst ourselves, that agenda is obviously meant to overlook the fact that we are all slaves walking around a highly militarized police state electronic concentration camp. The NSA big brother spying unconstitutionally sucks up and stores everyone’smetadata, regardless of color. Everyone’s rights everywhere are continually being trampled on.

According to figures collected by the Washington Post, only 25% of the people killed by cops so far this year (and remember, it is August already) have been African American.

Gee, that’s not exactly the same picture being portrayed in the 24/7 news cycle, now is it?

The bottom line is that cops are killing more than THREE PEOPLE PER DAY in this country.

That is insane. It’s time to start realizing that #ALLlivesmatter and stop of playing into this divide-and-conquer race baiting that takes the focus away from the real problem: POLICE STATE, USA.

#allivesmatteer Civil rights crimes should be about individuals not race!#ZacharyHammond