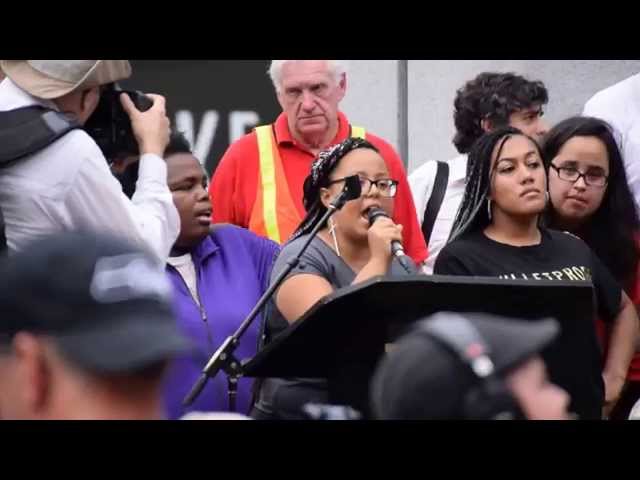 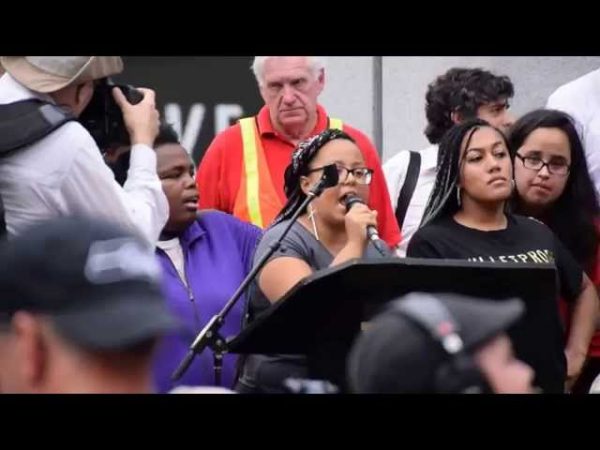 Following Donald Trump’s promise that he would physically remove any Black Lives Matter activists who interrupted his campaign events, a leader of the protest group yesterday guaranteed that such action is being planned.

Daunasia Yancey, founder and lead organizer of Black Lives Matter in Boston, told CNN’s Carol Costello that it was “terrible” that Trump had made “actual threats of violence against black people.”

When asked if Black Lives Matter would target Trump’s campaign events, Yancey responded, “I can guarantee there will be more call-outs across the country by folks in the network.”

“So we’ll see how strong Donald Trump really is in other words, right?” asked Costello, to which Yancey responded, “I guess so.”

During a press conference Tuesday, Trump accused Vermont Senator Bernie Sanders of “weakness” for allowing Black Lives Matter activists to derail his campaign stop this past weekend, before asserting that he wouldn’t allow similar behavior at his own event.

“I would never give up my microphone. I thought that was disgusting. That showed such weakness, the way he was taken away by two young women. The microphone, they just took the whole place over,” said Trump. “And the audience, which liked him, I mean, they were him. They’re saying, ‘What’s going on? How can this happen?’ That will never happen with me. I don’t know if I’ll do the fighting myself, or if other people will, but that was a disgrace. The way they — I felt badly for him, but it showed that he’s weak. You know what? He’s getting the biggest crowds, and I’m getting the biggest crowds. We’re the two getting the crowds, but believe me, that’s not going to happen to Trump.”

While Black Lives Matter demonstrators have targeted Sanders more than once and are now vowing to target Trump, their behavior towards Hillary Clinton has been noticeably less hostile. Clinton met with BLM activists after they complied with an order not to crash her forum in New Hampshire.