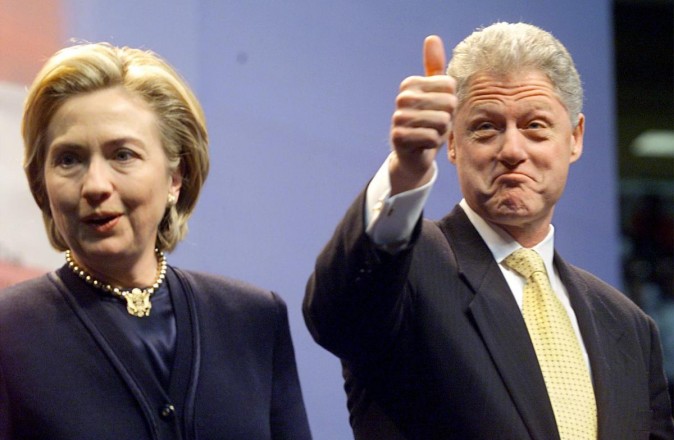 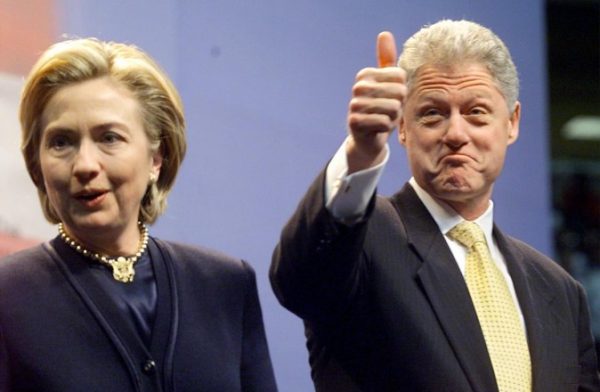 Previous reports during the Ride for the Constitution event back in 2013 indicated that former Clinton associate Larry Nichols admitted being a hitman for the Clintons. Following that admission, he also went on to admit months later that he was the man that cut off Wayne DuMond’s testicles at the order of Bill Clinton. While he has provided excuses for why he said those things, new evidence provided by Pete Santilli indicates that Mr. Nichols continues to confess to capital crimes and indicates he should be arrested on the basis of those claims.

Last week, I was to interview former Clinton associate Larry Nichols of Clinton Chronicles fame on the Sons of Liberty radio show. Prior to that interview, I was contacted by the Deborah Jordan of the Pete Santilli show. Ms. Jordan had no idea that I had scheduled an interview with Larry Nichols the following day. She proceeded to inform me that Mr. Nichols had not only confessed on several occasions to criminal acts (see here and here), but they had just released a new audio file of Nichols admitting that he had committed murder for the Clintons. The following is that audio, which was released by the Pete Santilli show on August 1, 2015.

Understand that the first question I asked Mr. Nichols when I contacted him with regards to a radio interview was about his claim to having been a hitman for the Clintons. Nichols told me that Santilli had taken advantage of him and that he had surgery prior to the interview and was on medication. Yet, Ms. Jordan told me that he never mentioned surgery or medication when she was confirming his interview.

Mr. Santilli provided me with his audio of contacting the Arkansas State Troopers regarding Mr. Nichols confession and his interaction with State Trooper Billy Ealy. So, I know he has made an attempt to bring justice upon Larry Nichols.

We cancelled the interview based on the audio recordings in order not to give any more credibility to Mr. Nichols. However, Santilli contacted the Arkansas State Troopers regarding Mr. Nichols confession on national radio. He spoke with State Trooper Billy Ealy and provided all the relevant information, including the audio you see above.

In a follow-up call by Freedom Outpost, Mr. Ealy told us, “I tried to follow-up on that and I found out that with him being a former president, that the only way we can look into that is if it is recommended by the prosecutor.”

When I challenged him that Larry Nichols is not a former president, Mr. Ealy told me, “I know, but the president is.”

“What does that have to do with Larry Nichols’ confession to a capital crime?” I queried.

“That’s just the way it is,” Ealy said nonchalantly.

I charged him with being involved in a cover-up over multiple capital crimes, but he said that is not what was going on.

“We’re not covering up,” he said and then proceeded to point me to the Pulaski County Prosecutor’s office for a comment.

Ealy not only got advice from the Lieutenant above him, but also spoke to the Secret Service about the matter. At least he went that far. I’ll give him credit for that, but what he was conveying is not the law. Bill Clinton is not the president. He is a US citizen and as such, under the Fourteenth Amendment, he not only should receive equal treatment, but by definition, equal prosecution under the law, according to the Fifth Amendment.

I not only called the Prosecutor’s office, but also the Arkansas State Attorney General’s Office. Neither have returned my calls as of the writing of this article.

Santilli’s contact with the Arkansas State Troopers happened on August 3, 2015, just two days after he released the audio above.

The issue, according to the Constitution, is the fact that all persons are to be treated equal under the law. The Fourteenth Amendment reads as:

The Fifth Amendment backs this up:

So, the question remains for Arkansas to justify: Why will you not open an investigation into Larry Nichols regarding his open national radio confession to multiple crimes of capital murder under the Clinton administration? Please, don’t give us any claim of Clinton being a former president, as though that puts either him, or his wife, above the law.

It’s time for the light to be shown upon the Clintons’ evil deeds.