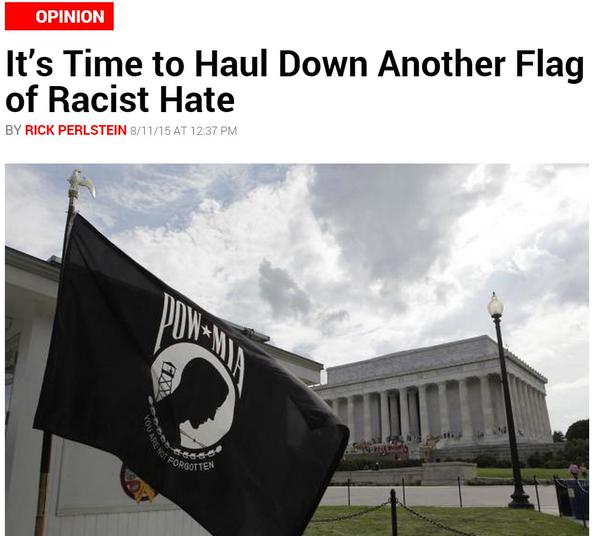 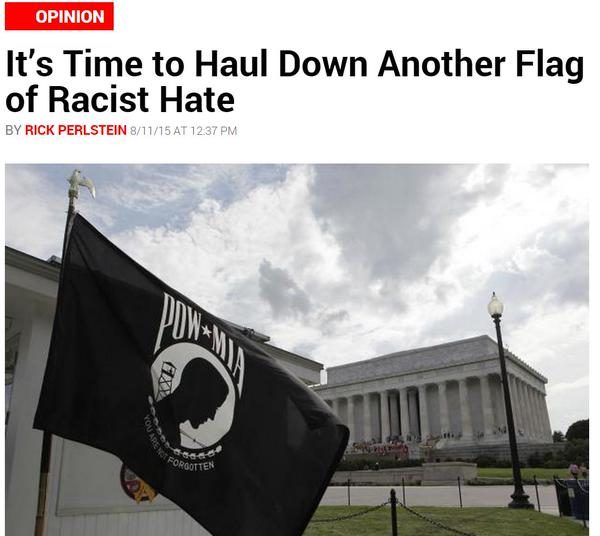 Apparently because “Richard Nixon invented the cult of the ‘POW/MIA’ in order to justify the carnage in Vietnam in a way that rendered the United States as its sole victim” and to “paint the North Vietnamese as uniquely cruel and inhumane,” the next flag to go after the Confederate flag should be the POW/MIA flag, according to an op-ed by Rick Perlstein featured in Newsweek Tuesday.

You know that racist flag? The one that supposedly honors history but actually spreads a pernicious myth? And is useful only to venal right-wing politicians who wish to exploit hatred by calling it heritage? It’s past time to pull it down. Oh, wait. You thought I was referring to the Confederate flag. Actually, I’m talking about the POW/MIA flag.

And here we thought the next flag they were going to call to be pulled down was the American flag. Wait, that already happened last March.