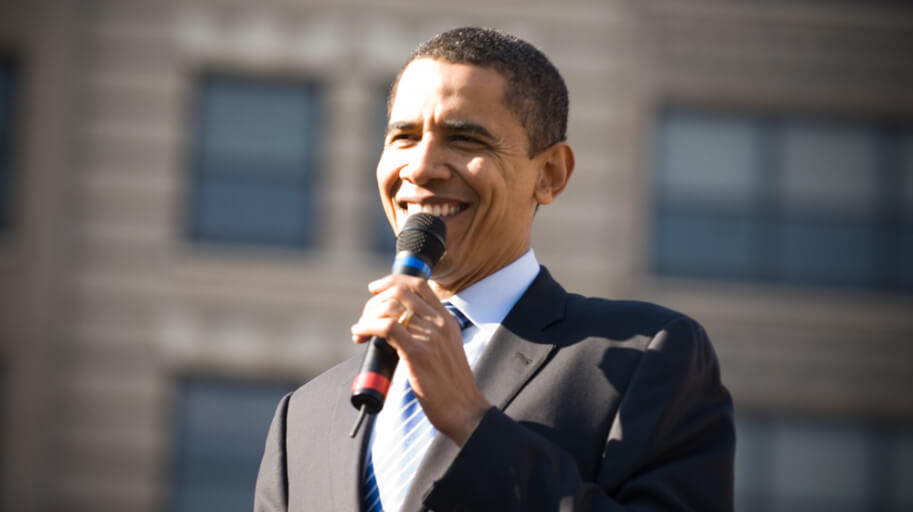 “A nation can survive its fools, and even the ambitious. But it cannot survive treason from within. An enemy at the gates is less formidable, for he is known and carries his banner openly. But the traitor moves amongst those within the gate freely, his sly whispers rustling through all the alleys, heard in the very halls of government itself. For the traitor appears not a traitor; he speaks in accents familiar to his victims, and he wears their face and their arguments, he appeals to the baseness that lies deep in the hearts of all men. He rots the soul of a nation, he works secretly and unknown in the night to undermine the pillars of the city, he infects the body politic so that it can no longer resist. A murderer is less to fear. The traitor is the plague.” -Marcus Tullius Cicero (106-43 B.C.) Roman Statesman, Philosopher and Orator, Source: Attributed. 58 BC, Speech in the Roman Senate

America is again being diverted away from another treasonous act by this administration: The “Iran nuke deal,” which is nothing more than appeasement through funding and enabling militarily America’s sworn enemies. Treason, treason and more treason.

Let me cut to the chase here. If what was happening in this country was happening in a foreign country, the people in this country would have called for military strikes, as well as an all-out manhunt pertaining to the dictators that were guilty of the same things that Barack Hussein Obama and his criminal administration are guilty of here in America. Yet, because it is happening here, the people have somehow deceived themselves into believing that what they have allowed is not as bad as what is happening over in third world countries. What is even worse is that as long as there are smiles and the reciting of the word “Constitution,” the American people are set at ease only to set themselves up for the next act of treason. But as long as he is smiling…

I reminded this person that the Word of The Lord is like a fire, “like a hammer that breaketh the rock in pieces” (Jeremiah 23:29). The end result is to hopefully bring forth “repentance toward God and Faith toward our Lord Jesus Christ” (Acts 20:21; Galatians 3:24). The church is to magnify God’s Law (Isaiah 42:21) while the Holy Ghost comes to “convict the world of sin, righteousness, and judgment” (John 16:8).

Oh how little of the Character of Jesus Christ do men in America relate or identify with today. They are much like Jesus’ disciples.

George Whitefield, the Great Awakening field preacher said, “It is a poor sermon that gives no offense; that neither makes the hearer displeased with himself nor with the preacher” (Matthew 7:29).

I went on to tell the individual I was speaking with that, on the contrary, the people in this country have been so conditioned to believe that the one who sets the house on fire (encourages and acts out transgressions against God’s and America’s constitutional Laws), endangering all within, figuratively speaking, while flattering, lying, smiling and kissing up about the state of the country, is somehow the individual that is the one who is looking out for the good of the people within. Remember, Judas betrayed Jesus Christ with a kiss (Luke 22:48).

No, these are the characteristics of how dictators act. They destroy through policy and prosper by craft. They magnify themselves in their own hearts and by false peace they shall destroy many. they even stand up against The Prince of princes, and at length shall be broken without hand (Daniel 8:25).

“A lying tongue hateth those that are afflicted by it, and a flattering mouth worketh ruin.” Proverbs 26:28

This only takes place when a people throw off Gods Law and America’s founding documents and give a free hand to the destroyer (John 10:10). This is a point no one can deny in America today.

Furthermore dictators have a smile on their face as they go along not to offend, but to appease – that is, until in the transcending mode he gets to power. Then he can dictate by force.

I finally communicated to the individual I was speaking to, “You fail to understand that through the rule of force will bring forth war and the rule of law brings forth peace; I mean to warn you to get back to God’s government so it does not come to that!”

“There is nothing stable but Heaven and The Constitution.” –President James Buchanan

Be it known America, that you have been warned time and time again concerning the corruption in your Government and Churches, which is Gods mercy (Luke 12:2). Yet, you have done nothing to appease God’s wrath by bringing forth judgment upon the heads of the wicked.

Because if you did, God said:

Run ye to and fro through the streets of Jerusalem, and see now, and know, and seek in the broad places thereof, if ye can find a man, if there be any that executeth judgment, that seeketh the truth; and I will pardon it. Jeremiah 5:1

Bradlee Dean is an ordained preacher, heavy metal drummer, talk-show host of the Sons of Liberty Radio, and speaks on college and high school campuses, in churches, and headlines for patriot events across the country. Bradlee Dean’s ministry is You Can Run But You Cannot Hide International. Follow Bradlee Dean on Twitter and Like Him on Facebook.