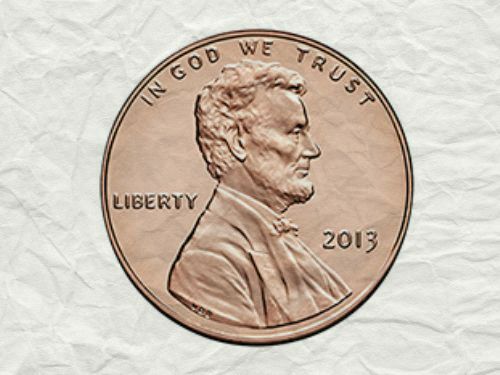 Since when are pennies and nickels not a form of legal tender in this country? Our Fed fiat money is still money. We aren’t a fully cashless society… yet.

Justin Greene, a Pennsylvanian who attempted to protest what he felt was an unfair $25 parking ticket by paying for it with 2,500 pennies in Chambersburg, was told he couldn’t because… federal law says the coins aren’t legal tender.

Greene reportedly got the ticket for parking on the wrong side of the street for ten minutes when he went back to a job site to pick up some tools he left behind. To protest what he felt was an unfair situation, Greene showed up to pay his fine with thousands of pennies only to be told that a federal law says pennies and nickels are not legal tender for transactions over 25 cents.

Oh, wait, make that a repealed federal law from 50 years ago! The town official who told Greene this was 100% wrong. The idea of coins not being legal tender in this country was long ago made irrelevant when the Coinage Act of 1965 passed. Regulations specify that all U.S. coins, like Fed notes, are legal tender for “all debts, public charges, taxes, and dues.”

Regardless of whether or not Greene “deserves” the equivalent of extortion for how he parked for ten minutes that day, during which he claimed did not inconvenience anyone anyway, is beside the point.

According to Reuters, Chambersburg Borough Manager Jeffrey Stonehill was forced to issue a press release admitting they were wrong about the federal law and would have to accept change as payment in the future. Chambersburg is considering putting in coin-counting machines.

But “Tormenting a Borough cashier, rather than pleading not guilty to the offense in a court of law, which is his right, is not an appropriate protest in my opinion,” Stonehill also said in the press release.

Well, that isn’t really any of Mr. Stonehill’s business how people pay for their tickets as long as it is legal tender for debt, dues, and taxes, now is it? (That was rhetorical.)