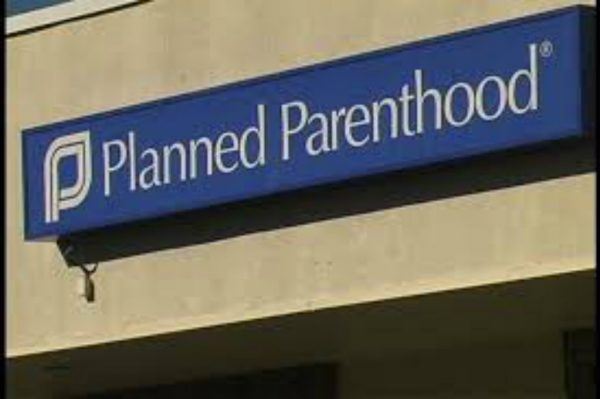 The States of Alabama and Louisiana have joined New Hampshire in taking action to defund Planned Parenthood in light of the recent videos released showing the organization engaging in harvesting and selling aborted baby parts in violation of federal law. Unhappy with the move by these States, the Centers for Medicare and Medicaid Services (CMS), an agency under the umbrella of the Department of Health and Human Services (HHS), warned the states the move might violate federal law. Spokesman for HHS, Ben Wakana, said in a statement, “Longstanding Medicaid law prohibits states from restricting individuals who have coverage through Medicaid from receiving care from a qualified provider. By restricting which provider a woman could choose to receive care from, women could lose access to critical preventive care such as cancer screenings.”

Anyone who knows anything about Medicaid knows this is not an accurate statement. Participation in the Medicaid and Medicare programs of providers is voluntary, not mandatory. Providers can opt out of participation at any time and States can terminate association with providers based on numerous factors — one of which is violation of state and/or federal law. If there is an oversaturation of providers in a certain geographical area, Medicaid can exclude providers from participation.

Louisiana Gov. Bobby Jindals’ office claimed HHS reached out to them. Mike Reed, spokesman for Gov. Jindal, stands by their decision, “citing a provision in the state Medicaid contract allowing either party to cancel at will, with 30 days notice.”

“Alabama Gov. Robert Bentley tweeted last week: ‘The deplorable practices at Planned Parenthood have been exposed to Americans. I’ve terminated any association with the organization in AL.'”

“‘It’s good to hear that HHS clarified what we already know — blocking women’s access to care at Planned Parenthood is against the law,’ Dawn Laguens, the group’s executive vice president, said in a statement.”

Laguens made sure to reiterate that PP would do everything in its power to “protect women’s access to health care in all fifty states.”

According to Mallory Quigley, spokeswoman for the Susan B. Anthony List — a pro-life group, “courts will uphold the rights of states to defund Planned Parenthood if they’re violating federal law, and it’s clear they’re in violation.”

Since the release of the undercover videos, thirteen states opened investigations into Planned Parenthood.

The crux of the issue with CMS, HHS and Planned Parenthood executives stems from “blocking women’s access to health care” and “restricting an individual Medicaid member’s right to choose a provider” thereby the member “losing access to critical preventive care.” Both of these claims are straw man arguments. Here is why.

First, Medicaid is “health insurance” for those who qualify under federal and state requirements. Like private insurance companies and Obamacare, not every medical practitioner or practice is a participant in all insurance plans. Some providers choose not to participant with certain insurance company’s plans and some plans do not approve some providers to participate. In forming “service areas,” the geographical boundaries set by the insurance provider could effectively prevent some providers from being included, as has been seen in individuals losing their primary care physicians with the “networks” comprising Obamacare. Plan members, including those receiving Medicaid, can receive the same services from a different provider, meaning they still have choice. However, based on logistics or other reasons, the individual would not be able to use their preferred provider. Those who bought into Obamacare and discovered their primary care physician was not included in the chosen plan had to choose another plan or choose another provider. It’s the same with Medicaid providers — the choice of provider remains, but Planned Parenthood might not be a provider.

What services does Planned Parenthood provide that is so unique disallowing this organization to provide service would result in a loss of “access to critical preventive care?”

In visiting the Planned Parenthood website and navigating around to identify services provided, many of these same services, claimed by Planned Parenthood as providing, are available at local county health departments, medical practice providers enrolled in and reimbursed by Medicaid, as well as some “free” clinics operated in many areas. So, what services are so unique? There’s only one — baby murder mill for profit — disguised as “women’s reproductive health.”

Planned Parenthood claims, “some health centers are able to charge based on income.” Well, local health departments do base the cost of services on income. The organization declares, “most accept health insurance.” Health insurance plans provide a list of providers from which an individual may choose to receive the same services offered by Planned Parenthood. The services being referenced do not include the baby murder mill for profit service.

Some advocates of Planned Parenthood might use “access” meaning the distance an individual would travel to receive services. Again, this equates to a straw man argument as, once again, Obamacare plans established networks resulting in individuals traveling unreasonable distances to attain care due to increased narrowing of networks. As previously stated, other medical providers in the PP areas can provide the same services. Moreover, Medicaid members are eligible to receive non-emergency transport services to their medical services providers, unlike many who have Obamacare.

So, what is the reason CMS, HHS and executives at PP are protesting States defunding the organization? Why would the federal government promote unconstitutional funding of an organization founded to eradicate minority races through eugenics/baby murder? As so oft been said before, “follow the money, honey.”

Scientific researchers, funded by the government, might get their “stem cell” supply from the mutilation after murder by Planned Parenthood, which they might call “harvest” and pay the organization to provide ample supply. Many prominent political charlatans might receive campaign contributions from the organization or have stock in corporations using murdered baby body parts. Corporations, who invest heavily in lobbyists in Washington, might use aborted baby parts and tissues in cosmetics, foods and other everyday items. These corporations might pay handsomely for their supply or get a “bulk discount” that still costs plenty. If states can defund PP, it jeopardizes their “supplier.” It’s no secret that some PP executives receive some of these funds paid to PP as exposed by the undercover videos.

These political administration goons and PP pundit executives can say what they will. It will not change the fact that “murdered baby body parts” is big business and operates under the ruse of “women’s reproductive health.” Despite the rhetoric, PP, with its Obama administration and Congressional support, deals in murdering babies for many reasons and operates a “discount chain-like business” for the murdered baby parts. No way can the administration allow states to jeopardize the “money tree,” no matter how immoral, unethical, repulsive or disgusting the practice.