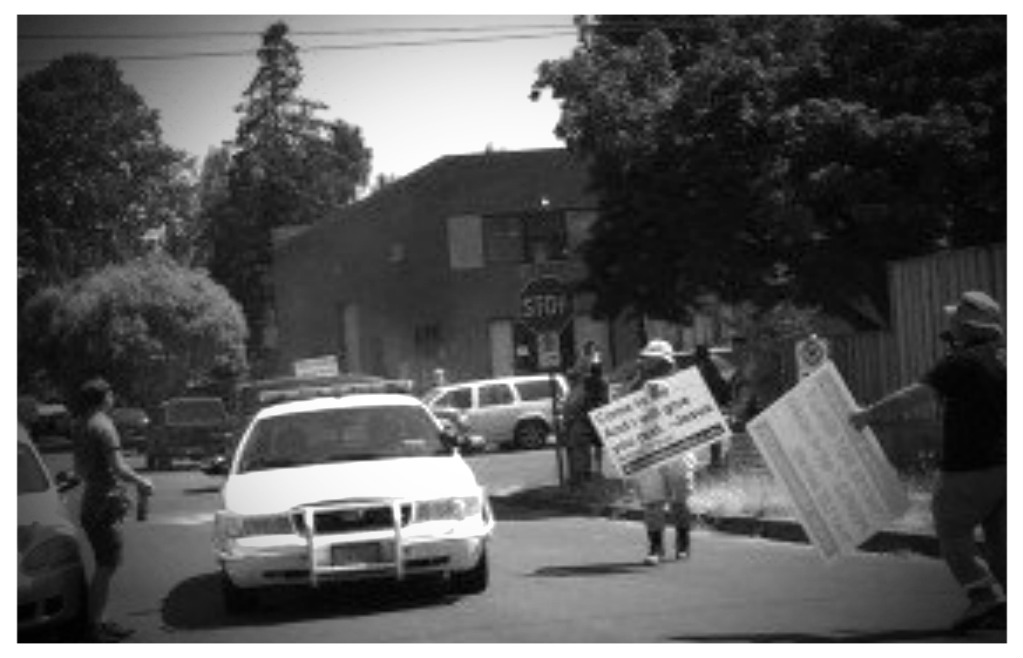 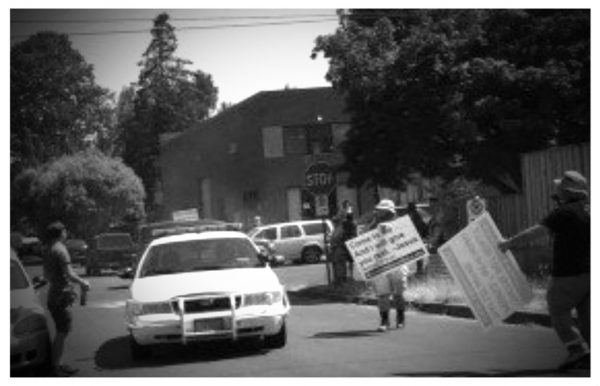 Apparently, it is completely lawful in the city of Portland, Oregon to assault another person… as long as they are a pro-life Christian. On Wednesday, a group of Christians from Beaverton Grace Bible Church gathered outside of a Planned Parenthood abortion facility in Portland to protest against abortion and to plead for the lives of the unborn. More than 20 people had surrounded the facility, many of them were simply praying for the people who entered there and for the children who might be murdered there.

Sometime after the group had set up camp, a man walked up to some of them with a green canister in his hand. He began yelling at the gathered crowd and then he began shaking his canister at them, throwing the white powder within all over the peaceful protesters. Fortunately, the white powder wasn’t anthrax, only Comet Cleanser, but, as we all know, a bit of cleanser in the eyes or mouth could be very dangerous.

The violent baby murder fan continued to attack the protesters, yelling at them and emptying his canister of Comet cleanser on them. About this time Portland Police officer Gene Gillock (Badge Number #28069) showed up and witnessed the man assaulting the pro-life supporters. Once the attacker noticed the officer, he began moving away quickly and the gathered protesters did not try to stop him because they assumed the officer would.

But Officer Gillock did nothing of the sort.

Instead, he simply pulled up alongside the man and told him to continue on his way and out of the area. Gillock also told the protesters to move out of the man’s way and allow him to leave. When the protesters demanded that the man be arrested for assault… Officer Gillock did nothing. NOTHING.

Officer Gillock’s handling of the assault suspect was an officer safety nightmare. Such apathy leads to the injury and death of police officers every year. I am very glad Officer Gillock was not assaulted and injured by the suspect.

The officer continued eastbound on Kelly Street, and made a left turn onto northbound 51st Avenue. Officer Gillock stopped about halfway down the block, where he and the suspect got out of the patrol car and talked for a short time at the rear of the vehicle.

Officer Gillock looked in our direction. Bobby McCreery and I were between 1/8 and 1/4 mile away. When Officer Gillock saw us, he and the suspect got back into the patrol car and Officer Gillock drove northbound on 51st Street, and out of sight.

The police did return to question those who had been assaulted, but they did not speak to the witnesses and they never arrested the attacker. When members of the group tried to question the officers, they simply ignored them and left.

What took place outside of the Southeast Portland Planned Parenthood was a hate crime. The man assaulted my friends because they were expressing their deeply held religious convictions. He assaulted them for daring to publicly practice their faith in Jesus Christ by proclaiming gospel truth and the truth about abortion, with their voices and with signs.

Indeed, this was a hate crime and the authorities proved that when conservatives and Christians are victims of such events… they will continue to ignore us and despise us. This is the culture in which we exist, this is the society in which we must operate. We know it and we should have no illusions about our government or our authorities protecting us from such attacks. We need to enter into these situations with the knowledge that when we choose to stand against our culture we surely are risking our lives.

My dear friends, stand up and fight.