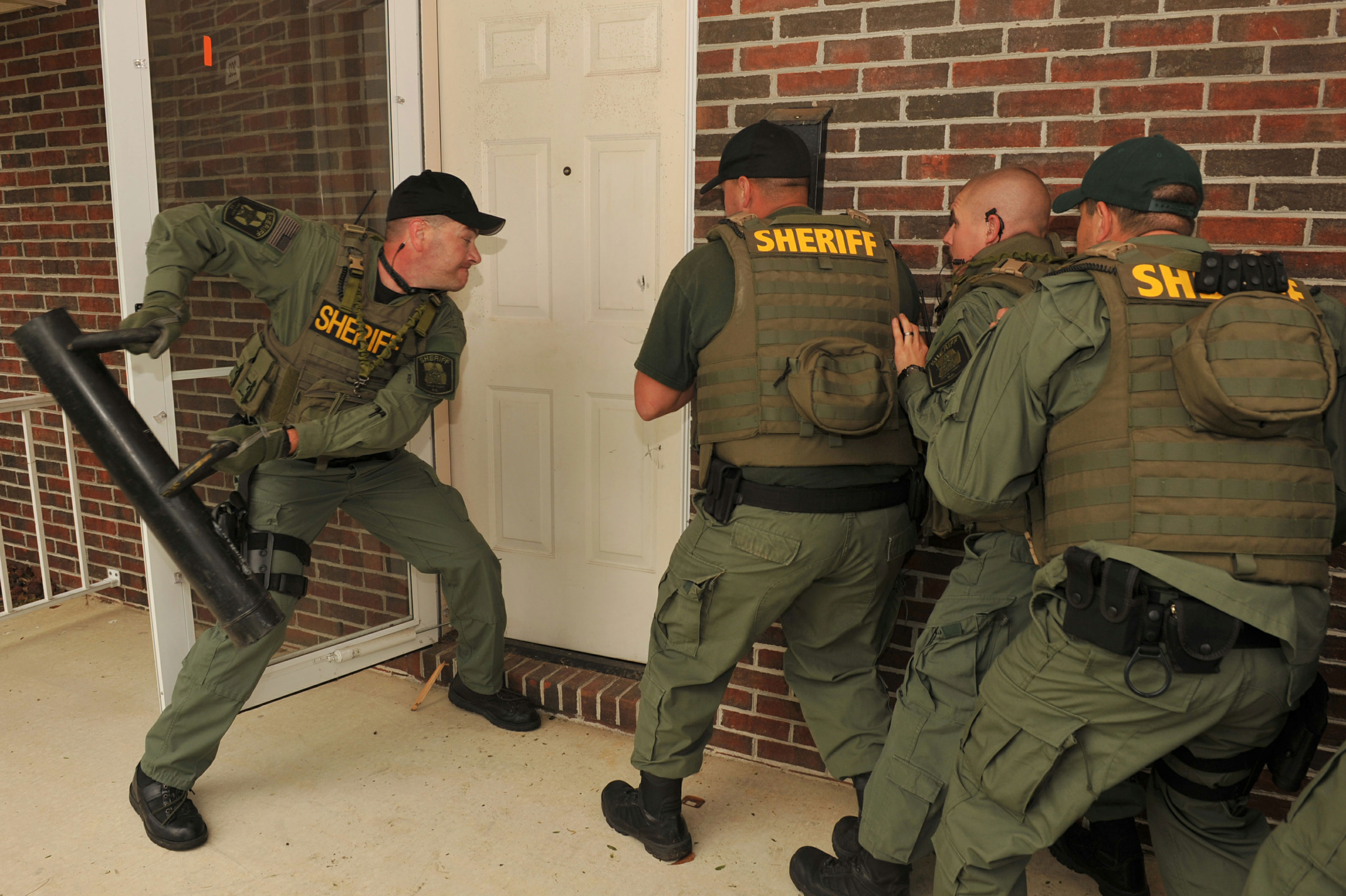 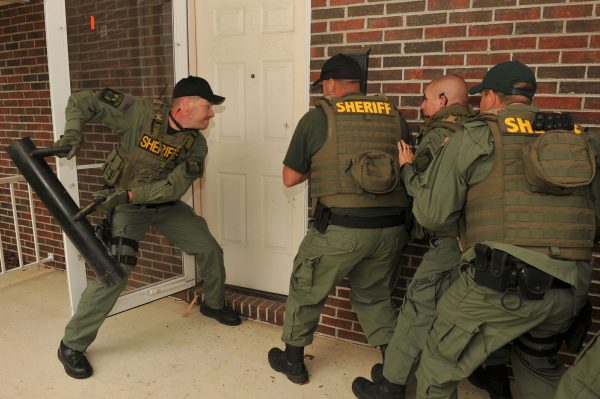 The Rutherford Institute is challenging a warrantless raid carried out on a rural home by the Gillespie County (Tex.) Sheriff’s Department, which allegedly resulted in the homeowner being seized by police officers, placed in handcuffs, thrown to the ground and subsequently arrested for refusing to consent to the search of his home. In coming to the defense of Huntly and Susan Dantzler, Rutherford Institute attorneys are investigating the extent to which the Dantzler’s constitutional rights were violated by law enforcement officials.

“As SWAT teams and SWAT-style tactics are used more frequently to carry out routine law enforcement activities, Americans find themselves in increasingly dangerous and absurd situations,” said constitutional attorney John W. Whitehead, president of The Rutherford Institute and author of Battlefield America: The War on the American People. “What we are witnessing is an inversion of the police-civilian relationship. Rather than compelling police officers to remain within constitutional bounds as servants of the people, ordinary Americans are being placed at the mercy of law enforcement. In the process, Americans are rendered altogether helpless and terror-stricken as a result of these confrontations with the police. Indeed, as the Dantzlers can attest to, ‘terrorizing’ is a mild term to describe the effect on those who survive such vigilante tactics.”

At 6:40 a.m. on May 3, 2015, Huntly and Susan Dantzler were awaken by the sounds of several vehicles approaching their home, which is located in a rural area of Gillespie County, and then a pounding on their door. Upon opening the door, the Dantzlers encountered two police officers, one wearing a badge indicating he was a “hostage negotiator.” The officers demanded to see the Dantzlers’ son. Although the Dantzlers informed the police their son was not at the house, the officers repeatedly demanded to speak with their son. The police officers then informed the Dantzlers that they believed their son was with an unnamed female who had a medical condition, and the officers wanted to check on the female. After the Dantzlers told the officers that no female was in their house, the officers demanded to be allowed to go in and search the house so they could determine for themselves whether the Dantzlers’ son and the unnamed female were present. The Dantzlers refused to allow the police to enter and search their home and indicated that they should get a warrant if they wanted to do so.

According to the Dantzlers, one of the officers then seized Huntly Dantzler, handcuffed him, pulled him away from the door and threw him to the ground. Alarmed by the treatment of her husband and the inherent coercion, Susan Dantzler allowed one of the officers to enter the house and look around. After searching the house and finding nothing, the officers left. Huntly Dantzler was compelled to seek medical care for deep gashes on wrists left by the handcuffs. Although the officers stated that the Dantzlers were not under arrest, Rutherford Institute attorneys contend that if you feel like you can’t walk away from a police encounter of your own volition, then for all intents and purposes, you’re under arrest from the moment a cop stops you, whether at your home, in a car or on the street.

Rutherford Institute attorneys are seeking records from the Sheriff of Gillespie County and the Chief of Police for the City of Fredericksburg (Tex.), in order to determine why Sheriff’s Department deputies carried out a warrantless raid on the Dantzlers’ rural home and on whose orders they acted. The Rutherford Institute is being assisted in its defense of the Dantzlers by Jerri Ward of Garlo Ward, P.C., in Lakeway, Texas.