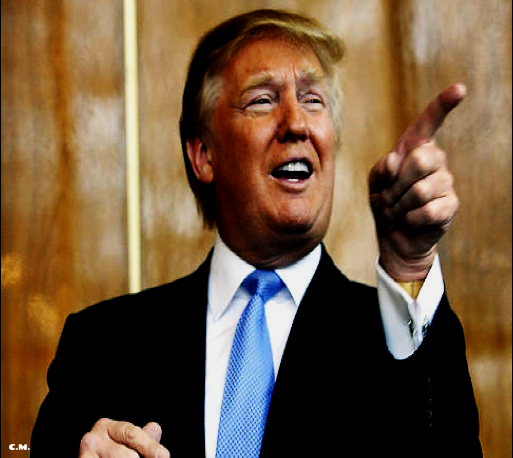 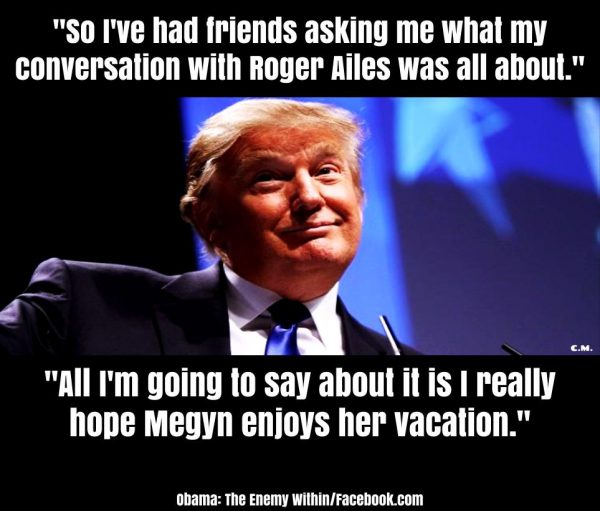 If any of you hold doubts as to whether or not ours is still a ‘government of the people, by the people and for the people’, then these past 6 1/2 years under the dystopian malaise of Barack Hussein Obama and his “fundamental transformation”, unopposed by a so-called opposition Party who seem to have totally abdicated any sense of duty inherent to their respective offices and sworn oaths to prevent the rampant lawlessness of America’s 1st black president, should dismiss any doubt with a resounding, “WE DO NOT!”  In fact the basis for cementing this truth once and for all I’m going to credit to the phenomenon that is Donald Trump’s juggernaut of a presidential campaign. 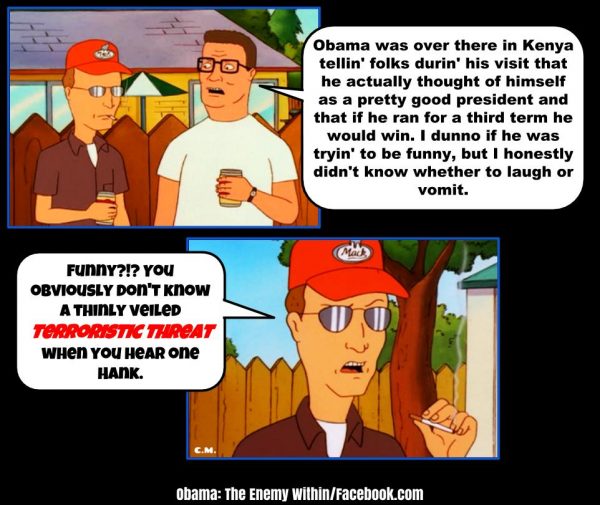 I’ve known for years that government has fallen far from the one that had been arduously designed and implemented by our Founding fathers at the outset of our country 239 years ago. I’ve cited more than once George Washington’s contempt of and warnings to the people against allowing the institution of a 2 Party style political system to become entrenched and the illicit consequences such a system represented that we’ve now since come to see be realized before our very eyes some 229 years later. But it wasn’t until the election of Barack Hussein Obama, the greatest political fraud in the history of American politics, that certain suspicions of just how degraded the people’s government had become were made incontrovertible. 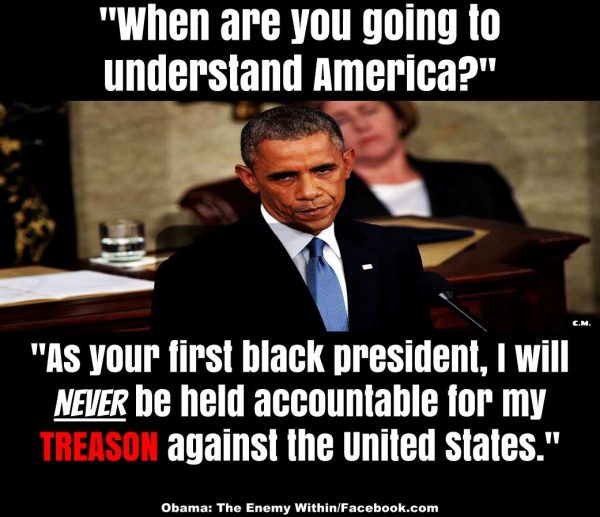 A man whose presidency has been a breeding ground for scandals and controversies as a stagnate bog is to mosquitoes and their various transmittable pestilences. A man whose only salvation from being held to the same standard of accountability any other politician would have found themselves facing a long time ago under similar circumstances, has been the over exaggerated historical significance bestowed upon Obama simply by virtue of his skin pigmentation. A virtue Obama certainly has let no crisis, manufactured or otherwise, go to waste to exploit to our nation’s perpetual detriment. 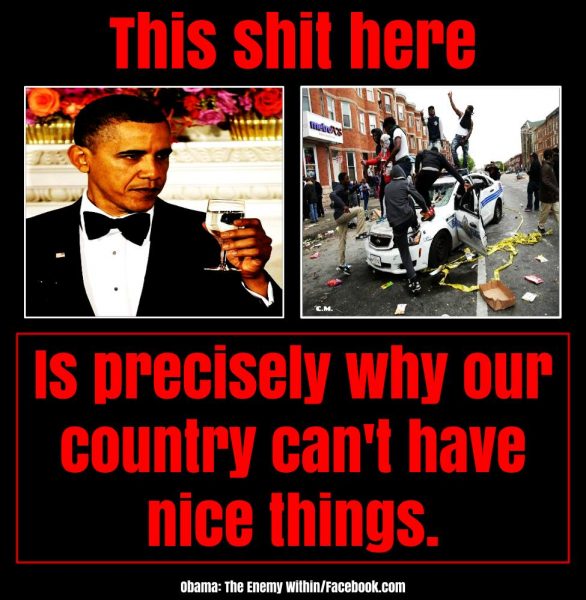 Unquestionably no white politician would ever have been suffered to commit such egregious political atrocities as Barack Hussein Obama has been permitted to do with such carte blanche autocracy. Indeed any white politician would have seen his political career terminated before the completion of his 1st term much less going on to be reelected for a second. Thus Obama stands today as the crowning achievement to the intended consequences the debauched influence political correctness was designed to have on our nation since its delusory inception into our culture. Like a viral disease the natives had no sufficient immunity or resistance against the ravages of. 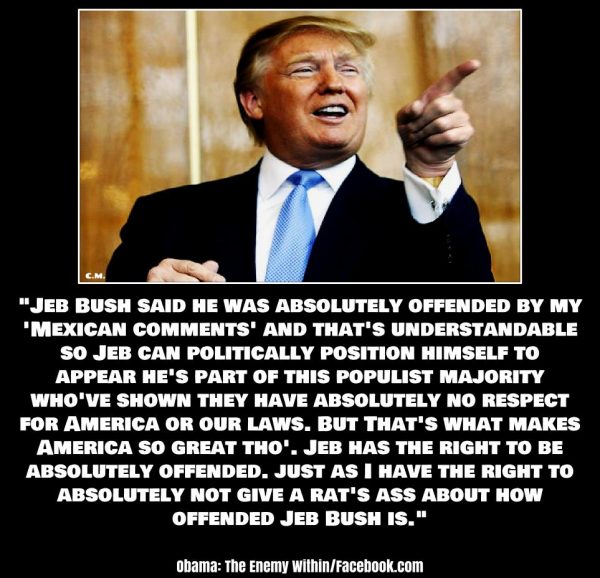 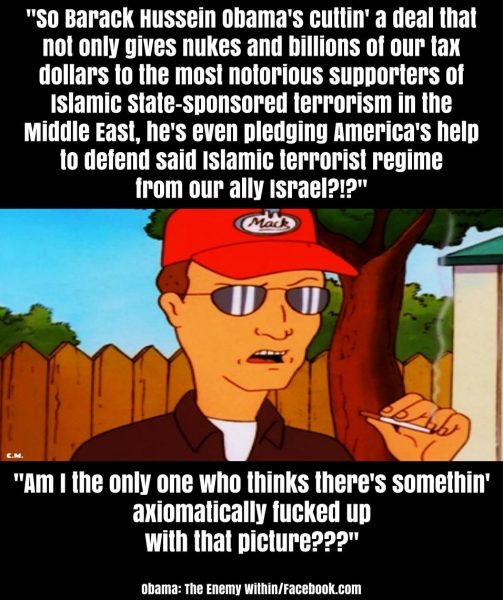 But none of this is anything new and is only symptomatic to the overall problem we’re facing as a citizenry of a nation in politically crafted turmoil today. A common refrain of people we’ve all heard say is “Why should I even bother to vote?!? My vote doesn’t count anyway!’  That’s a reasonable argument to an extent when you consider that we’re required to place our faith in a political system wholly subverted and in the control of a 1 Party oligarchy of elitists who have effectively usurped the people’s government away from the people. That hasn’t been more apparent than under the despotic auspices of Barack Obama and the seeming willful inaction by establishment RINO Republicans to pose any significant opposition to Obama and his Democratic Party’s seditious agendas against us. In truth, when you dismiss the illusion that government still operates under a 2 Party system and see it for what it is, then reaching the derivable conclusion that government functions as nothing more than a 1 Party aristocracy makes perfect sense.

Which brings me to how I’ve come to credit Donald Trump’s presidential campaign for validating an issue we’ve all suspected for years anyway and actually predates his arrival on the national political stage by decades. I look at what we have for a press corp in our country today and the shameful role they play colluding with these ruling class elitists to try and maintain the illusion that government still operates under a 2 Party system. While all of us are familiar with the liberal bias of the Mainstream Media and the many, many reprehensible ways that bias has manifested itself over the years, recently we saw a news network once distinguished and held up as an example of superior journalism in contrast to its inferior liberal competition, considered a bastion of conservatism become entangled in a web of controversy and diminishment of its own design. 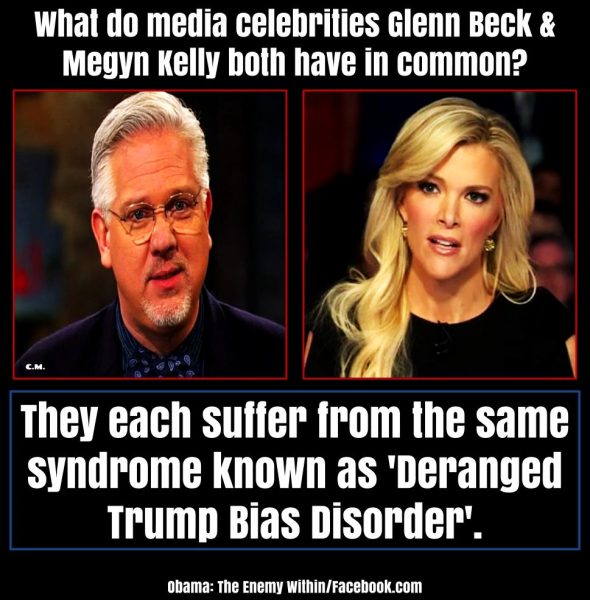 I’m a Ted Cruz supporter myself and am proud of the distinguished statesmanship Senator Cruz has demonstrated honorably in regards to Trump’s candidacy, while the concerted malevolence and venom directed at Trump by other GOP establishment rivals was anticipated. The real surprise came with FOX NEWS interceding on behalf of the RINO establishment with such flagrant partiality to help support and bolster these pseudo Republicans efforts to annihilate Trump’s candidacy. 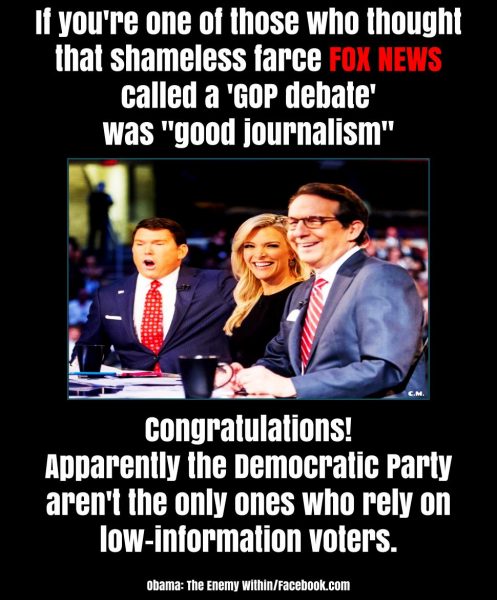 By now most of you are familiar with the first GOP presidential debate hosted by FOX NEWS and Facebook in conjunction with the Ohio Republican Party on August 6th and the barrage of criticism that ensued. Centering primarily around FOX debate moderator Megyn Kelly’s derogative attacks on Donald Trump. There’s been no end to the media coverage of that shameless exhibit of journalistic bias or of the various opinions expressed by viewers in what subsequently has come to be seen as a running feud between Trump and the RINO establishment vanguard at FOX NEWS. Saying it was polarizing would be an understatement, but I thought it was rather fascinating to witness FOX transmogrify live, on national television, to take on the same hypocritical traits and characteristics we’ve come to know and despise from Democratic Left-Wing media propagandists. 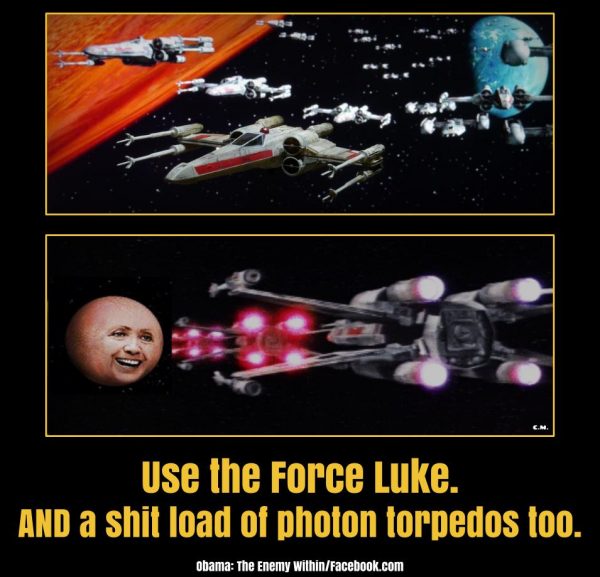 In fairness, there’s also the speculated hypothesis circulating that Trump’s merely a Clinton operative meant to undermine the GOP and help ensure Hillary’s political ambitions towards becoming the nation’s first female president. A terrifying prospect in and of itself to be sure, but when you think about this train wreck procession of evolving scandals that have become the defining hallmarks of Hillary’s presidential campaign thus far, what benefit is Trump to a campaign where the candidate herself is fast shaping up to be the Napoleonic architect of her own political Waterloo? 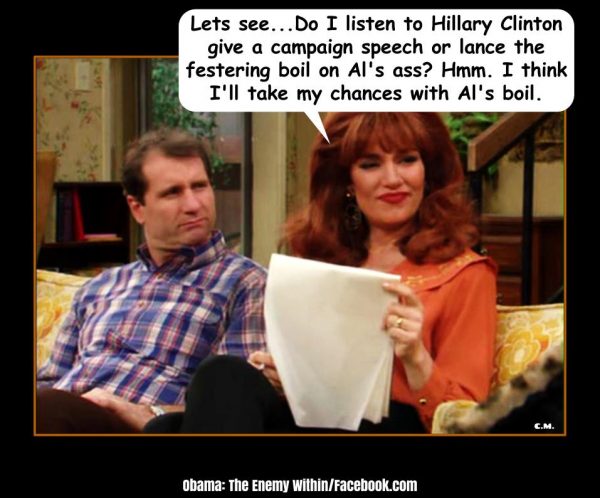 But as impressive as FOX’s nationally televised fall from grace and establishing their own role in this political deception against the American people may be, it still does little to alter the tyrannical course we seem to be set on as a country. In some American’s minds, this development has only served to deepen their despair and sense of futility against a corrupting, monolithic system preying on the very people it was created to be overseen by and serve. In other American’s it provokes a seething anger at so much profound treachery being waged on us and our way of life by the very people we’ve elected to supposedly represent us. 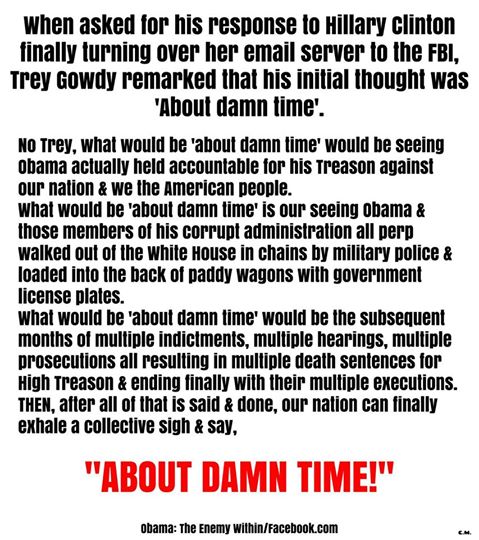 Yet as everyone focuses their attention on the overhyped feud between Donald Trump, this RINO establishment and the Candy Crowley of FOX NEWS, never mind I guess that we have a sitting president who, even as I type this, is obsessively seeking to aid and support a sworn enemy of the United States to get nuclear weapons. An enemy who also happens to be the most infamous supporter of State-sponsored Islamic terrorism throughout the Middle East. 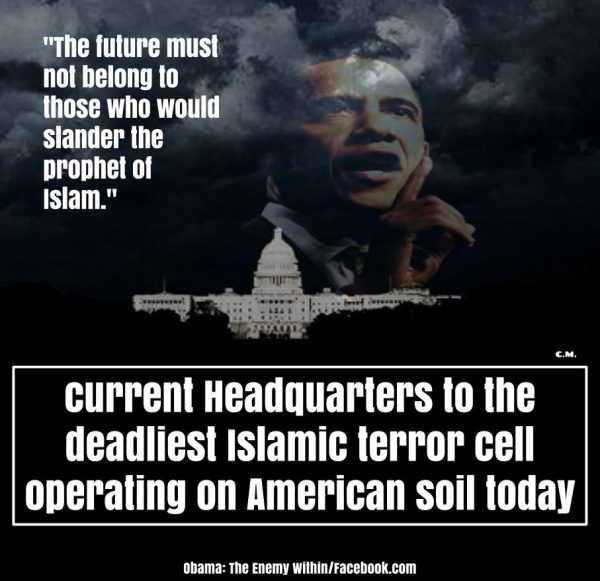