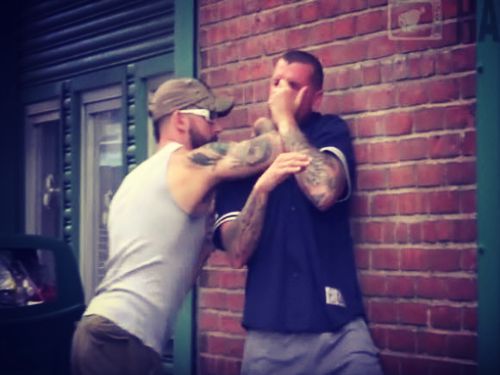 Check this out. This is a video titled, “Social Experiment: Sports Rivalry Boston vs. New York PUNCHED IN FACE!” via HammyTV on YouTube. It shows a man walking down the street wearing a Yankees jersey in Boston and how he gets generally treated like a piece of dirt by people for it.

While the punch at the end is likely totally staged (as many have pointed out in the comments of the video), the rest of it does blatantly illustrate one thing (besides that people can be total jerks to each other for relatively stupid-in-the-grand-scheme-of-things reasons).

As Facebooker Brent Dickey III pointed out in sharing the vid, “If people cared as much about their government selling out their sovereignty and rights as they do useless bullsh*t like sports we wouldn’t be in the mess we’re in.”