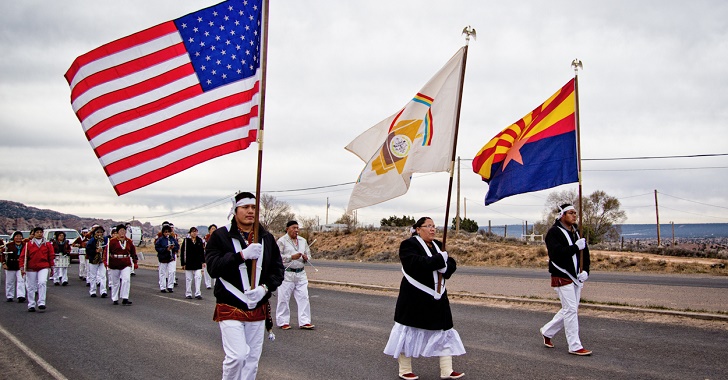 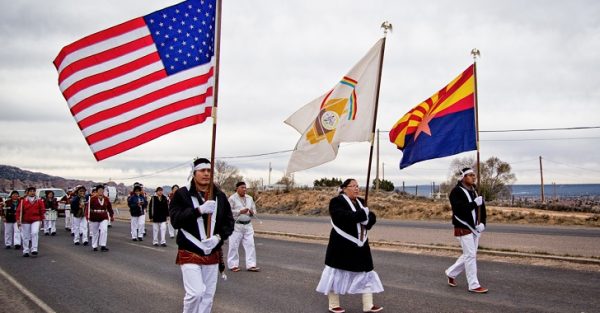 On Friday, August 14, Arizona Senator John McCain was confronted several times by Native activists and elders while visiting the Navajo Nation. McCain and Arizona Governor Doug Ducey were meeting with the Navajo at the Navajo Nation Museum in Window Rock for an event honoring the Navajo Code Talkers of World War 2.

The governor and senator were also meeting with local Navajo officials to discuss their concerns about a new proposal regarding the Little Colorado River rights. Navajo Nation President Russell Begay told the Navajo Times that water was going to be a part of the talks.

“We’re going to talk about it,” he told the Times. “The message we want to convey to Arizona is a discussion. We want to begin dialogue on securing our claim.”

McCain has recently received criticism for his role in passing the Southeast Arizona Land Exchange bill as part of the National Defense Authorization Act of 2015. The law allows for the sale of the Oak Flat campground to international mining company, Rio Tinto. Oak Flat is historically important to the San Carlos Apache. MintPress News recently wrote:

“The Apache Stronghold formed in December in response to a last-minute legislative provision included in the the National Defense Authorization Act of 2015. The provision at issue in the annual Defense Department funding bill grants Resolution Copper Mining, a subsidiary of Australian-English mining giant Rio Tinto, a 2,400-acre land parcel which includes parts of the Tonto National Forest, protected national forest in Arizona where it will create the continent’s largest copper mine.

Some of those lands are considered sacred by multiple Native American communities, including the Oak Flat campground. The area is not recognized as part of the San Carlos Apache Reservation, but it has historically been used by the Apache for trading purposes and spiritual ceremonies.”

While McCain met with Ducey and the Navajo nation, activists with the Apache Stronghold — and other groups and nations — rallied outside the museum, holding signs that read “McCain = Indian Killer” and “McCain’s Not Welcome Here.” Eventually, the activists made their way inside the building, locking arms and chanting, “Water is life!”

Inside the museum, John McCain was rubbing elbows with Navajo leaders and snapping photos with the community. One person decided to take an opportunity to confront John McCain with a message about Oak Flat. That person was Adriano Tsinigine. Tsinigine, a high school senior carrying a “Protect Oak Flat” card, walked up to McCain for a picture. Tsinigine told the Phoenix New Times about his experience:

“‘I pulled out my [Protect] Oak Flat card,’ he says. When McCain noticed it, ‘He took it, looked at it, and threw it back at me. How disrespectful to me and to the Apache people. I fully respect McCain as a veteran . . . and as a POW and for sacrificing [what could have been] his life, but I do not respect him as a U.S. senator. As an elected official, he should listen to all of the voices of people, [even] the people who are protesting against him.’” 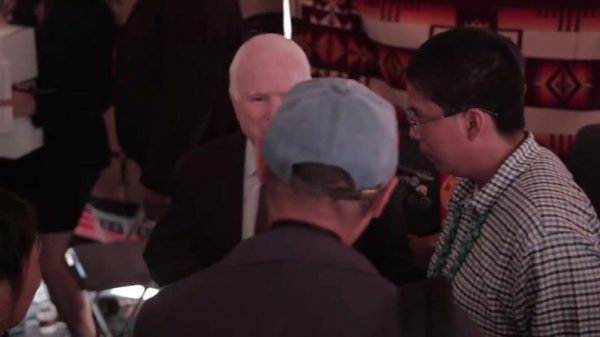 As McCain attempted a backdoor exit, the activists chanted in the hallway with their arms linked. Once they noticed McCain’s convoy making an escape, the group began chasing on foot. They were temporarily blocked by law enforcement but eventually made their way out of the building, chasing the cars as they exited the Navajo nation.

Once news reports began circulating that John McCain was chased off Navajo land, the senator’s office released a response to the Phoenix New Times:

“Senator McCain was honored to be invited by the Navajo Nation to meet with tribal and community leaders and to speak at the celebration of the Navajo Code Talkers on Friday. It was a great visit and he received a very warm reception from the Navajo community in Window Rock. He certainly wasn’t ‘chased off’ the reservation – this small group of young protesters had no practical impact on his productive meetings with top tribal leaders on a range of key issues, including the EPA’s recent Gold King Mine spill which threatens to contaminate the Navajo Nation’s water supply.”

Despite the senator’s office denying that the protesters had any “practical impact” on his meeting, it is clear that a new community of Native activists is on the rise. This is only the latest in the reemergence of an active resistance to the colonization of Native peoples and First Nations.