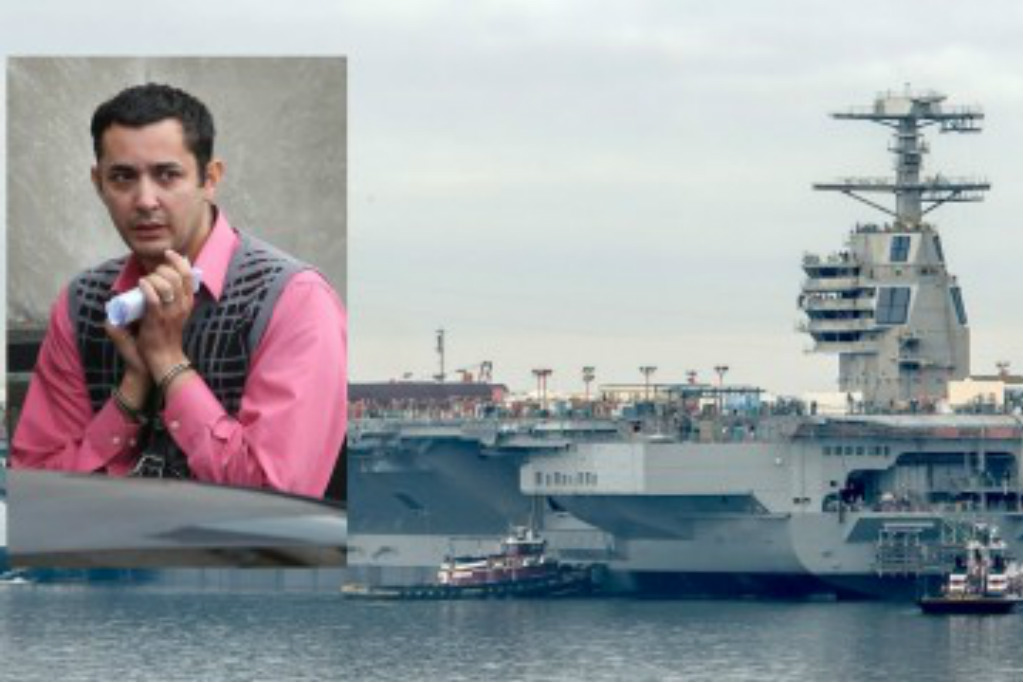 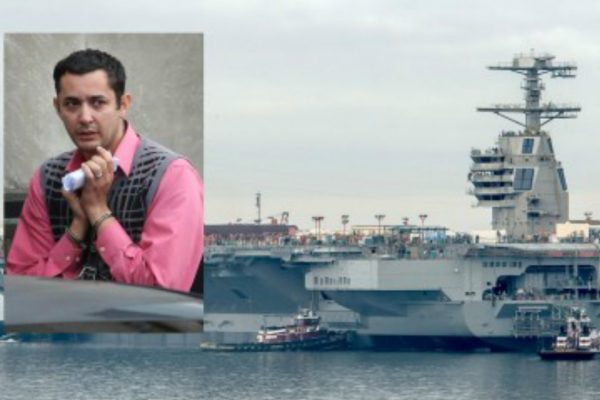 More problems with the religion of Muhammad surface as a naturalized American citizen, who worked for the US Navy, has been arrested after attempting to sell secret technological information to and agent of the Egyptian government.

Mostafa Ahmed Awwad, 35, was indicted by a grand jury on December 3, 2014, according to Department of Justice Documents. The agent he attempted to sell the secrets to was a federal undercover agent, who was working for the FBI.

According to a redacted affidavit from federal agent James Blitzer, Awwad was born in 1979 in Saudi Arabia. He married a US citizen in May 2007 in Cairo, Egypt, and later became a US citizen.

At the time of his indictment, Awwad, of Yorktown, Virginia, was working as a civilian engineer in the nuclear engineering and planning department of the Norfolk Naval Shipyard, where he had been hired in February. He had been given a clearance of Secret.

The office provides engineering support for the Gerald R. Ford, under construction at Newport News Shipbuilding in nearby Newport News, Virginia.

The indictment and affidavit provide details of how, on Sept. 18, an FBI undercover agent speaking in Arabic contacted Awwad by phone and asked to meet the following day. Awwad subsequently agreed to copy and turn over diagrams and schematics of the carrier, many marked “NOFORN,” meaning no distribution to foreign citizens.

In a Justice Department statement, they provided the following timeline of events surrounding Awwad’s treason:

Based on joint investigation, an FBI undercover agent speaking in Arabic contacted Awwad by telephone on Sept. 18, 2014, and asked to meet him the following day. Without seeking additional information from the caller, Awwad agreed. The next day, Awwad met with the undercover FBI agent, who was posing as an Egyptian intelligence officer, in a park in Hampton, Virginia. During the meeting Awwad claimed it was his intention to utilize his position of trust with the U.S. Navy to obtain military technology for use by the Egyptian government, including but not limited to, the designs of the USS Gerald R. Ford nuclear aircraft carrier. Awwad agreed to conduct clandestine communications with the undercover FBI agent by email and unattributable telephones and to conduct “dead drops” in a concealed location in the park.

On Oct. 9, 2014, Awwad and the undercover FBI agent met at a hotel where Awwad described a detailed plan to circumvent U.S. Navy computer security by installing software on his restricted computer system that would enable him to copy documents without causing a security alert. At this time, Awwad also provided the undercover FBI agent four computer aided drawings of a U.S. nuclear aircraft carrier downloaded from the Navy Nuclear Propulsion Information system. These drawings were marked with warnings that foreign distribution could result in criminal prosecution. During the discussion, Awwad indicated his understanding that the drawings would be sent to and used in Egypt. Awwad also asked the undercover FBI agent for $1,500 to purchase a pinhole camera he would wear around the shipyard to photograph restricted material. At the conclusion of the meeting, Awwad agreed to provide the undercover FBI agent with passport photos which would be used to produce a fraudulent Egyptian passport so that Awwad could travel to Egypt without alerting U.S. government officials.

On Oct. 23, 2014, Awwad traveled to the pre-arranged dead drop site, situated on a secluded hiking trail in a park, and utilized a concealed container disguised in a hole in the ground. He retrieved $3,000 in cash before placing a one-terabyte external hard drive and two passport photos inside. The FBI later collected the contents of the dead drop container.

“Awwad pleaded guilty to leveraging his position of trust within the Navy to share the schematics of the USS Gerald R. Ford nuclear aircraft carrier with what he believed to be a foreign government,” said Assistant Attorney General Carlin. “The National Security Division will continue to pursue and bring to justice those who abuse their access to sensitive defense information. I would like to thank all of the special agents, prosecutors and other personnel whose work led to the guilty plea in this case.”

“Today, Mr. Awwad is being held responsible for attempting to steal the valuable plans for the USS Ford and to provide them to a foreign government,” said U.S. Attorney Boente. “This office is committed to safeguarding our nation’s sensitive defense information, and we will bring to justice those who seek to steal it. I want to commend our partners at the FBI Norfolk and NCIS Norfolk for their excellent work on this case.”

“This case underscores the persistent national security threat posed by insiders stealing critical national defense information in order to benefit foreign governments,” said Assistant Director Coleman. “Fortunately, the aggressive counterintelligence posture of the FBI and our interagency partners enabled the identification and neutralization of Awwad’s efforts before he transferred any information to a foreign power. Working together, we prevented the loss of billions of dollars in research costs and the exposure of potential vulnerabilities to our newest generation of nuclear aircraft carrier.”

“This case demonstrates that NCIS aggressively pursues anyone who would endanger our national security by targeting critical platforms like the Ford class carrier,” said Special Agent in Charge Triesch. “The close collaboration between NCIS and the FBI thwarted this insider threat and we will continue cooperative efforts to safeguard those who protect and serve in the Department of the Navy.”

Interestingly enough, Egypt does not have aircraft carriers.

Awwad pled guilty in federal district court in Norfolk to attempted espionage in June. He will be facing a sentence of between eight and 11 years in prison on September 21, 2015. Like everything else in America, prison seems to be the only thing the system can come up with for punishment of criminal acts. This is not justice, but a tax burden on the very people his treason is against. Instead of feeding, clothing and housing this man for 8 to 11 years, why is there no capital crime for selling out the people of this country?