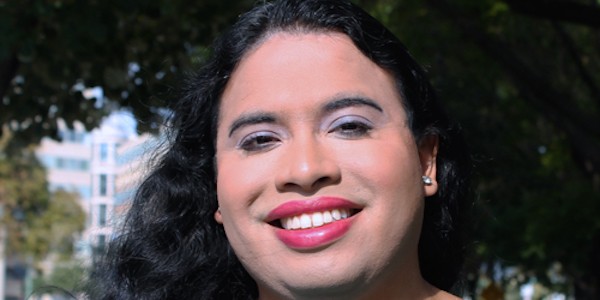 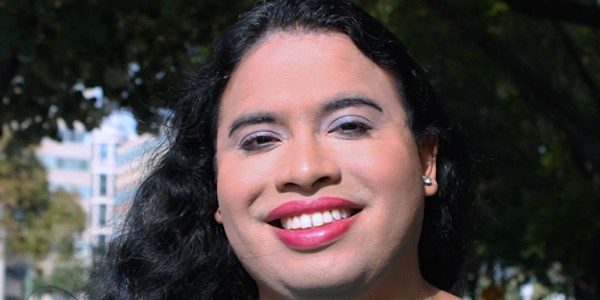 The White House just hired its first openly, mentally ill, male that acts like he’s a female. And he is butt ugly to boot.

Yes, my comments are probably not considered “professional,” but then, neither is a man dressing himself up as a woman and putting on makeup.

Rafael (Raffi) Freedman-Gurspan, 28, a previous policy adviser for the National Center for Transgender Equality’s racial and economic justice initiative, was appointed by the Obama administration act as Outreach and Recruitment Director for Presidential Personnel in the White House Office of Presidential Personnel.

According to the Daily Mail, Freedman-Gurspan grew up in Brookline, Massachusetts after being adopted from Honduras.

‘Raffi Freedman-Gurspan demonstrates the kind of leadership this Administration champions,’ said Jarrett in a statement.

‘Her commitment to bettering the lives of transgender Americans, particularly transgender people of color and those in poverty, reflects the values of this Administration.’

Mara Kiesling, the executive director of National Center of Transgender Equality, said she was ‘elated’ about Freedman-Gurspan’s appointment.

‘President Obama has long said he wants his Administration to look like the American people. I have understood this to include transgender Americans,’ said Kiesling.

‘A transgender person was inevitably going to work in the White House. That the first transgender appointee is a transgender woman of color is itself significant.’

Isn’t that nice. Freedman-Gurspan is in bed (possibly physically, but definitely metaphorically) with domestic enemies like Barack Obama and his “mama” Valerie Jarrett. Of course, we’re told it’s to make transgender’s lives better. Nothing could be further from the truth.

The White House has appointed its first transgender staffer http://t.co/YlnPlBTcd0

Freedman-Gurspan needs to be told that his mental illness is the result of rejecting His Creator, the Lord Jesus Christ, and in His place, he has substituted another object of worship.

Of what? Living in a fantasy world? Is Rep. Sciortino secretly dressing up as a woman? Is this why he perceives Freedman-Gurspan to be a role model?

“As the first out transgender woman working at the Massachusetts State House, she showed leadership and courage, and among her many contributions, was instrumental in helping pass the Transgender Equal Rights Law,” he said.

Mr. Sciortino, these people already have the same rights as everyone else. What was passed in Massachusetts is very much like Mitt Romney’s redefinition of marriage: special rights.

This man is not role model material any more than Bruce Jenner is. He is a symbol of the depravity that has gripped this nation and is being vomited out of the current administration in hopes that like dogs, we’ll lick it up. No thank you!